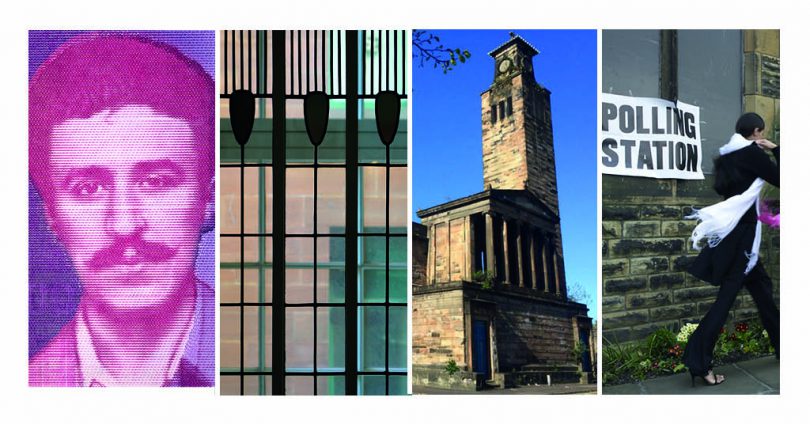 It should come as no surprise that the official guide providing information to foreign nationals studying  for the test which would allow them become UK citizens gives Scotland such short shrift.

The UK citizenship material certainly has some odd omissions. No mention of the Scottish independence referendum of 2014 among the key political events since 2010? Scottish architects Charles Rennie Mackintosh and Alexander “Greek” Thomson noticeable by their absence from a section devoted to architecture? And there are plenty more examples.

The historian Tom Devine is right to argue that downgrading and dismissing Scotland’s cultural and historical achievements is part of a depressing trend at Westminster. The professor emeritus at the University of Edinburgh told the National the material is “a small indicator but part of a general pattern which has emerged of the marginalisation of the Scottish nation under this current Tory administration in London.”

The Home Office denies such an accusation, of course. It says the Life in the UK test covers the ‘’regional differentiations of the devolved administrations, including different processes in the judiciary and currency variations’’.

In the Home Office view of the UK that’s all it needs to do. It looks at Scotland only through the prism of how it differs from England. It has no interests in the distinct achievements of our nation.

Indeed recent reports suggest it hardly recognises Scotland as a nation at all. The most concerning aspects of Westminster’s latest plan to shore up diminishing support for the UK involves more than simply persuading the royal family to ditch its convention of political neutrality and specifically support the Union.

Perhaps even more telling is its intention to stop British diplomats referring to the ”four nations of the UK’’ and instead describe it as one country. In Westminster’s eyes anything that encourages Scotland to think of itself as a successful nation is by its very nature a threat to the Union.

That’s why it is so determined to rob the Scottish parliament of powers to spend money which should rightfully go to Holyrood after Brexit. Westminster believes that devolution has been too successful in showing Scotland’s ability to run its own affairs in a more efficient and more humane way than London, even within the constraints imposed by the current constitutional arrangements.

As a result it is determined to undermine Holyrood’s standing and seize the credit for major projects which Scotland’s own parliament has never voted for.

Unionist politicians in Scotland firmly believe it is they rather than our elected representatives who hold the ultimate power in Scotland. Indeed they no longer recognise what democracy means. A prime example is Gordon Brown, who holds no elected position yet continually seeks to impose on Scotland a form of devo-max which has never appeared on any ballot paper.  The former Labour Prime Minister may appear irrelevant north of the Border but Prince William and the Duchess of Cambridge made a beeline for him during their recent trip to Scotland as if he holds the key to saving the Union.

Unionist politicians always believe they know better than the voters themselves. They think they can hoodwink us into believing Scotland is a second rate nation by ignoring our achievements

Gordon Brown simply ignores that result. In a piece written for the Daily Record last month he argues that those who voted SNP in the Scottish election did not support independence, despite its manifesto support for it

Unionist politicians always believe they know better than the voters themselves. They think they can hoodwink us into believing Scotland is a second rate nation by ignoring our achievements. They believe if they hide our history we’ll take advice from Prince William rather than listen to the politicians we actually voted for.

They could not be more wrong and the time is fast approaching when we show them just how mistaken they are.