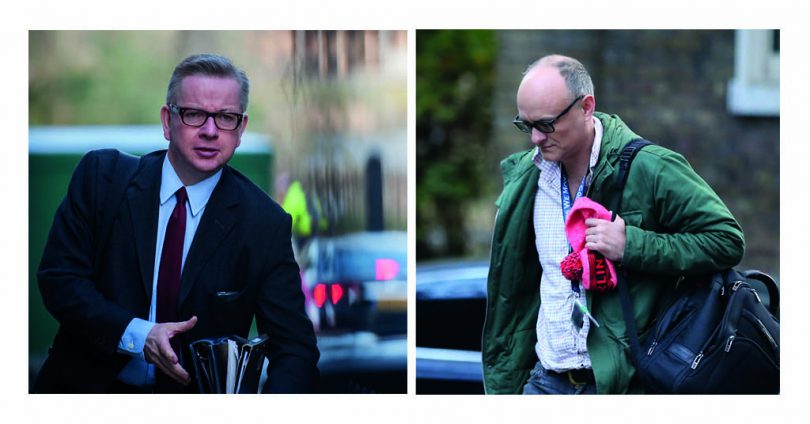 After being found guilty of  breaking the law over the awarding of Covid contracts the UK government is desperately trying to play down the significance of the scandal. Its response to a high court judge’s ruling seems to involve nothing more than a shrug of the shoulders and an insistence it did nothing much wrong.

It’s a morally bankrupt stance now being challenged by the lawyer who took it to court and won and who is now calling for ministerial resignations.

It’s hard to believe that no heads have yet rolled over the court case. It ruled that policy and research company Public First was unlawfully awarded a Cabinet Office contract for work at the beginning of the Covid-19 pandemic.

Public First was set up by Rachel Wolf and James Frayne, former colleagues of then government adviser Dominic Cummings and minister for the cabinet office Michael Gove.

The contract,  for a maximum value of £840,000, was not put out to tender and simply awarded to Public First, which was paid £564,393.67. In her judgement, Justice O’Farrell said that the decision to award the contract gave rise to “apparent bias” and was therefore unlawful.

Thankfully Jolyon Maugham QC, the director of Good Law Project who won the high court case against the government, has demolished its spin that it was cleared of the most important charges.

The QC has dismissed UK government claims that the judgment  makes clear that there was no suggestion of actual bias and the decision to award the contract was not due to any personal or professional connections.

He says: ‘’As it happens, that’s not true. There may very well have been actual bias – but the court didn’t decide because no one asked it to. It wasn’t the legal question.’’

Writing in the Guardian newspaper Mr Maugham said: ‘’Dominic Cummings, then Boris Johnson’s chief adviser, wanted Public First. It was run by his friends – though Cummings claims this had no influence on his advice.

The high court rejected Cabinet Secretary Michael Gove’s arguments that no one else could do the job. In fact  no one had even considered giving the contract to anyone else

‘’He had worked with its key people for decades. He said it should be given the contract. Civil servants took that as an instruction. The Cabinet Office gave the contract to Public First.’’

He added that the high court rejected Cabinet Secretary Michael Gove’s arguments that no one else could do the job. In fact  ‘’no one had even considered giving the contract to anyone else’’.

The QC refers to  contracts for hundreds of millions of pounds won by those placed in what he describes as the “VIP lane”.

He says: ‘’We’ve seen how Matt Hancock’s social circle has cleaned up; how those with links to Tory prime ministers have delivered PPE contracts for associates …

The high court’s ruling implicates those at the top of the Tory party. Dominic Cummings at the time worked for the Prime Minister.  Michael Gove was the defendant.

The question of how to deliver accountability to ministers whose response to court rulings is indifference, even contempt, is one I had hoped never to need to answer

Mr Maugham points out that emails released during the court hearing show both Gove and No 10 also wanted contracts to go to Public First. He says: ‘’They also have a direct responsibility for what appears to be a misuse of public money.

”We now know neither will resign. And the question of how to deliver accountability to ministers whose response to court rulings is indifference, even contempt, is one I had hoped never to need to answer. Clearly we need to build, and we will build, political pressure.’’

The Westminster response to the high court decision portrays a government which does not believe in accountability or democracy.

That’s why it refuses to acknowledge the Scottish government’s mandate for a second independence referendum.

And that’s why Michael Gove will simply brazen it out and remain in position despite having been found guilty of breaking the law.