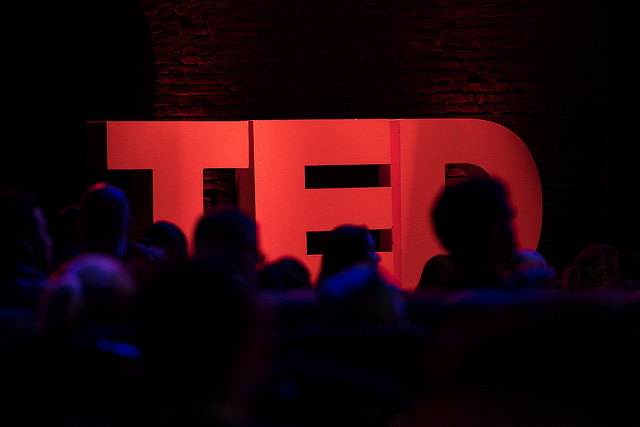 Scotland has fought off stiff competition from around the globe to play host to the next TEDSummit.

The prestigious summit, part of the TED network, will take place at the Edinburgh International Conference Centre from 21 to 25 July 2019, bringing together up to 1,300 members of the international TED community.

TED is a non-profit organisation devoted to identifying, and then spreading, relevant and potentially impactful ideas. It began in 1984 with a conference converging technology, entertainment and design and over time the organization has expanded its topics from science to business to global issues.  TEDSummit gathers the most engaged members of the global TED community for community brainstorms, discussions, performances, workshops, outdoor activities and an eclectic program of mainstage talks – in beautiful surroundings.

Barclays has announced plans to develop a new campus at Buchanan Wharf, Glasgow, which its says will provide a state-of-the-art workplace for the bank’s functions, technology and operations teams.

With cutting-edge technology and design, this world class working environment will help the bank deliver outstanding services to customers and clients by fostering innovation and collaboration. The campus will play a pivotal role in the execution of Barclays’ long-term strategic priorities and will be one of a small number of key global sites.

Barclays has agreed to purchase the campus development from Drum Property Group Ltd and is currently working with them to finalise the design of the new facility as part of the wider Buchanan Wharf development. It is expected that, once completed, the campus will be able to accommodate up to 2,500 additional roles, doubling Barclays’ current workforce in Scotland and making the bank one of Glasgow’s biggest commercial employers.

Scottish SMEs in the construction sector enjoyed strong growth in the second quarter of 2018, despite significant adverse pressures, according to a survey from the Federation of Master Builders (FMB) Scotland.

The latest FMB State of Trade Survey shows that the performance of SMEs rose strongly by 17 percentage points to +24 per cent in the survey’s main indicator which measures workloads, enquiries and expected workloads.

The workloads for SME builders rose, with the proportion of firms that reported higher workloads growing compared to Q1 2018 – up to 41% from 31%.

Visits and spending by overseas tourists in Scotland rose to its highest level on record in 2017.

The ONS Travel Trends 2017 statistics showed the number of overseas tourists visiting Scotland rose by 16.9% to 3.2 million, while expenditure increased by 23% to £2.3 billion.

The record figures were driven by European visitors who made 1.9 million visits to Scotland, a 17% increase from 2016, with spending rising by 36% to £1.1 billion. Across the UK as a whole the number of European visitors increased by 1% and spending fell by 1%.

A range of factors made Scotland an attractive place to visit in 2017 including events associated with the Year of History, Heritage and Archaeology, the Outlander effect and VisitScotland digital activity.

Edinburgh travel search business Skyscanner has continued to flourish since being taken over by Chinese company Ctrip in 2016, posting strong growth in turnover and profitability for the 2017 financial year.

In the first full year since Ctrip acquired the firm in a £1.4 billion deal, Skyscanner generated revenues of £214.2 million and pre-tax profits of £24m.

The former figure represented a rise of 35 per cent on the previous year while the latter was 41% up, with growth in the firm’s international business proving particularly strong.