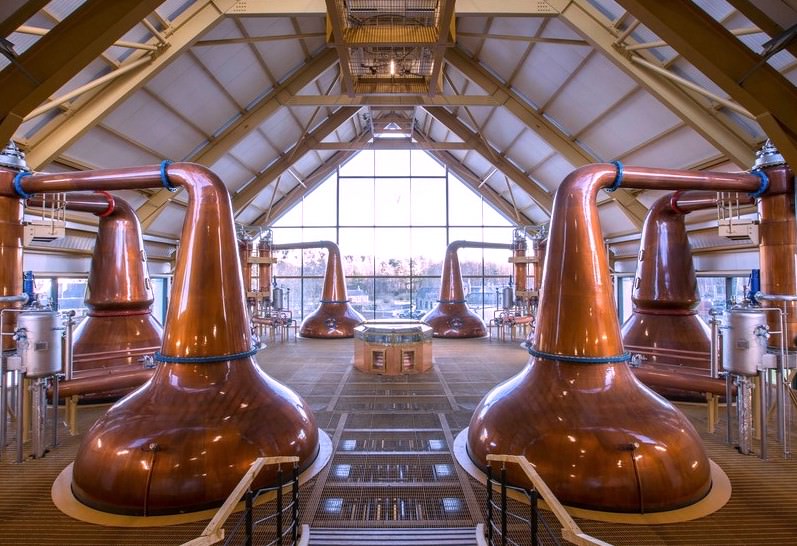 Scotch Whisky tourism saw record numbers of visitors in 2017, with 1.9million visits to Scotch Whisky distilleries from tourists from all over the world as well as from across the UK.

The 2017 annual survey compiled by the Scotch Whisky Association (SWA) also revealed spending at visitor centres was up by 15.6% to £60.9m.

Visitor centres reported that the highest number of visitors came from Germany and the USA, followed by those from India, China and Japan.

A study into the importance of local banking services in rural areas has recommended a ‘whole system response’ to meeting the banking needs of communities and businesses.

The study was commissioned by Highlands and Islands Enterprise(HIE) amid a growing trend of rural bank branch closures. Some closures can result in road and ferry journeys of more than 50 miles to the nearest alternative.

In its report, consultants Indigo House Group said banking facilities need to be understood as core to local community infrastructure. It added that there is a disconnect between local bank closures and efforts to strengthen and grow local economies.

Access to cash remains fundamental to the viability of small retail businesses, prominent in rural areas. This is especially in relation to tourism, where successes in generating income within fragile communities could be hit by the loss of access to cash via local banks.

Scottish companies raised £21million in the second quarter of 2018, two and a half times more than the previous quarter, which saw just £8.4 million.

Small and medium sized firms (SMEs) are increasingly concerned over the UK economy amid continued wrangling over Brexit, according to new research.

A survey from business advisers and accountants Scott-Moncrieff shows found that 78% of SMEs voiced concerns about the UK economy – a significant jump from the 68% recorded last year.

In terms of the underlying reason for their concerns, 51% said that the impact of the Brexit negotiations was a major factor. Others also included shortages of skilled staff and the threat of cyber-attacks or data breaches have been front of mind with most businesses due to the GDPR deadline.

Gareth Magee, partner at Scott-Moncrieff in Edinburgh, says that this year’s research shows the UK Government has a long way to go in assuaging business concerns over Brexit.

Scottish housebuilder Springfield Properties, which offers private and affordable housing, has secured approximately 400 acres of zoned land in Livingston to develop a 1900-home site and a new primary school.

Springfield expects to submit a detailed planning application for phase 1 of approximately 600 private and affordable homes by early 2019, with the first properties expected to be on the market in 2021.

The company intends to develop the site, which will also include commercial units, as a new neighbourhood within Livingston and will pay for the land in instalments, subject to planning being received.