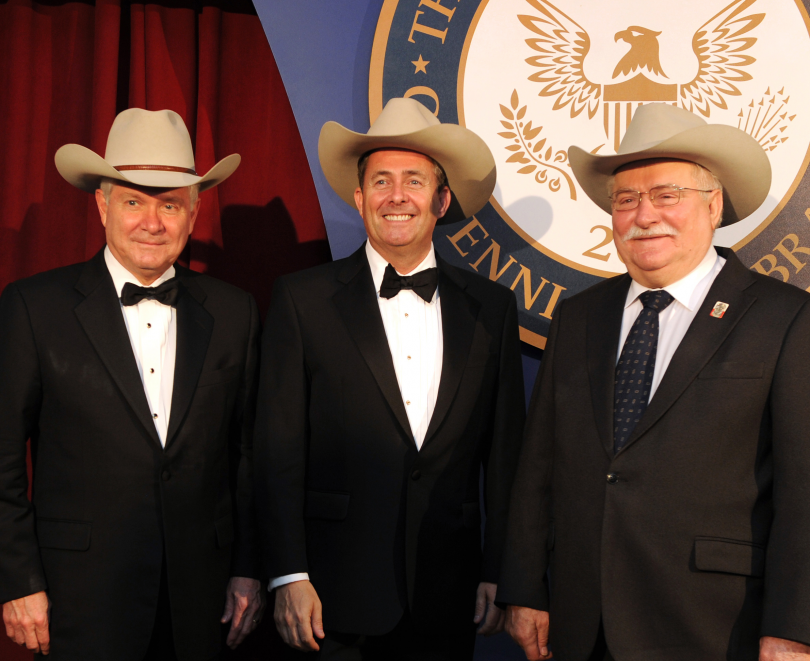 Many people find it hard to understand why anyone would think a no-deal Brexit would be good for the economy. They believe that the UK will stay in the single market and customs union. They think that we will Brexit, in name only, that normal service will resume and middle-of-the-road politicians pursuing middle-of-the-road policies will bring stability again. They believe that no-one would be that stupid – in other words, they are in denial.

Comprehending why a no-deal Brexit is becoming a real possibility requires an understanding of the deeply held, fundamentalist economic belief system (neo-liberalism) that drives those hoping to implement it. Once you understand their motivations you will realise that needing visas to visit France, endless queues at the Channel Tunnel and Dover, even running out of food and medicines, won’t actually be your only worries.

I call neo-liberalism a belief system because it has all the hallmarks of a religion. To commit fully to a no-deal Brexit, to seek to implement a bonfire of the rights and protections afforded by EU membership and to commit to small government (less regulation and lower spending), when all evidence points to the failure of that approach, requires a blind religious-style faith.

What else explains leading politicians insisting that markets will operate effectively through ultra-light touch regulation and small government only a decade after a lack of regulation crashed the global economy, which was only saved (ironically) by the biggest government intervention into the economy in history.

I am not really going out on a limb here: neo-liberalism was always a mantra. Even neo-liberalism’s key champion, Milton Friedman, admitted that it was nothing more than a belief system back in a 1950s essay, Neo-Liberalism And Its Prospects. So what do the Brextremists really want?

Andrea Leadsom, who has a track record of liberal extremism, once said: “I urge the Government to look carefully at scrapping the entire burden of regulation on micro-businesses with, say, three employees or fewer. I envisage there being absolutely no regulation whatsoever – no minimum wage, no maternity or paternity rights, no unfair dismissal rights, no pension rights – for the smallest companies that are trying to get off the ground, in order to give them a chance.” Let’s ignore the fact that they would have zero chance of developing a highly skilled productive and motivated workforce then.

Tory MEP Daniel Hannan, founder of The Initiative for Free Trade (also supported by Liam Fox and Boris Johnson), has collaborated with the right-wing libertarian think tank, the Cato Institute, which is funded by fossil fuel magnates the Koch brothers, to produce a report on post-Brexit trade opportunities with the US. The report, co-authored by Hannan, states that “Health services are an area where both sides would benefit from openness to foreign competition, and that we would envisage a swift, time-tabled implementation of recognition [privatisation] across all areas [including health] within five years.”

Liam Fox, the Trade Secretary, also wrote that “It is intellectually unsustainable to believe that workplace rights should remain untouchable while output and employment are clearly cyclical”, and that “It is utterly unacceptable to condemn a generation of our young to unemployment by maintaining all the rights and privileges of those currently in work”.

So, to be clear, the attraction of a no-deal Brexit for people with such extreme views is to free the UK from the protections the EU provides to ordinary people so that businesses can maximise profits at the expense of their workforces.

Ironically, in a few years we may look back at May as a moderate who tried to hold the line against a disastrous ill-thought-out extremist economic mantra. I am still hopeful of a Brexit deal but with every day that passes a single market membership outcome looks less likely.

So could small government and an extremist neo-liberal economic approach work? No, but don’t take my word for it. At the height of Greece’s economic crisis, the then Greek finance minister, Yanis Varoufakis, met with the IMF’s Christine Lagarde, where he claims that with calm and gentle honesty she said: “You are of course right, Yanis. These [spending] targets that we insist on can’t work. But, you must understand that we have put too much political capital into this program. We cannot go back on it.”

Add to this an amazing quote from Alan Greenspan, the former head of the US Federal Reserve, when asked in a congressional hearing if his neo-liberal approach was wrong. “Partially,” Greenspan replied, “I made a mistake in presuming that the self-interest of organisations, specifically banks, is such that they were best capable of protecting shareholders and equity in the firms… I discovered a flaw in the model that I perceived is the critical functioning structure that defines how the world works”.

The Scottish independence movement wants the freedom to build a better, fairer, greener, more prosperous, equal and internationally connected society. However, those seeking to depose Theresa May and implement an extreme version of the neo-liberal economic mantra, want freedom to lower product and safety standards, to suppress wage growth, to avoid tax, to pollute the environment, endanger workers, and to essentially create a new underclass with few rights and almost no job security.

Socialism and now neo-liberalism have both failed, and they have failed completely. The choice offered by Westminster is essentially to keep flogging alternative dead horses. What’s needed is a completely new – non-left/right, non “them vs us” dominated – theory of money and trade. A new economic approach that balances and views society and the economy as one single functioning symbiotic entity, recognises that you can’t create a prosperous economy without a prosperous society, and vice versa.

But that will have to wait until a future post.