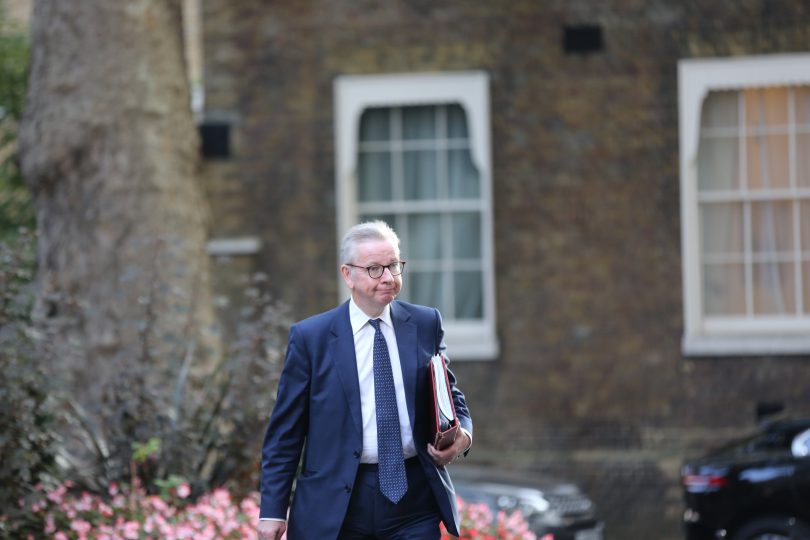 NO wonder Michael Gove is reported to be relaxed about his replacement in the UK’s key Brexit role by Lord Frost. He’s obviously poised to take up another major cabinet role in the near future … taking full charge of Westminster’s fight against Scottish independence.

Those of us who support Scotland’s right to control its own future need to keep a watchful eye on Gove’s next moves. The pro-union tactics have hardly been inspirational so far but we can’t rely on that incompetence forever.

We’ve already seen moves to beef up the Conservatives’ Union Unit, kicking out the former Tory MP for Ochil and Perth Luke Graham from the leader’s chair and replacing him with Oliver Lewis.

The ousting of Luke Graham didn’t come as a major surprise. The Union Unit profile was minimal, its performance woeful

The new man at the helm was a key architect of the Leave Campaign in the EU referendum and big chum of Boris Johnson’s controversial former chief adviser Dominic Cummings.

The ousting of Luke Graham didn’t come as a major surprise. The Union Unit profile was minimal, its performance woeful. But the fact that the axe did eventually fall was a sign that it is now being taken more seriously in the corridors of Westminster.

More action followed, in the shape of recruitment ads for more Union Unit staff, laughably stating that knowledge of Scotland was not essential for applicants. 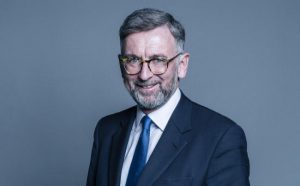 The sacking of Mr Graham happened around the same time as Tory peer Andrew Dunlop published a paper for a centre-right think-tank in which he argued that attempting to block indyref2 was not, in fact, an affront to democracy but  ‘’plain common sense and the responsible thing to do’’.

Lord Dunlop provides more clues to Tory thinking in a report on the future of devolution  commissioned in July 2019 by then Prime Minister Theresa May. The report has still not been published in full but details recently began to leak out.

One of its recommendations was the creation of a senior cabinet post with equal ranking to the chancellor, foreign secretary and home secretary to oversee ‘’the functioning of the union’’.

Boris Johnson himself is minister for the union and has so far shown no enthusiasm for picking up Lord Dunlop’s recommendation but the Westminster rumour mill suggests Mr Gove is in line for the new role.

Mr Gove has certainly shown himself keen to take on the task and now that he’s been divested of Brexit responsibilities, opportunity knocks.

Lord Frost, a trusted ally of Boris Johnson, was this week given a full ministerial brief  and a cabinet role which is described as being in ”charge of post-Brexit Britain’’.

That includes chairing the partnership council charged with overseeing the operation of the hard Brexit trade ‘’deal’’ which has so far proved disastrous, with red tape laying waste to British exports. Mr Gove had been given the chairman’s role just days earlier.

Early murmurings of the future direction of the Union Unit suggests a focus on federalism and an extension of devolution. In other words, approaches that have been tried before and failed.

Federalism in particular is wheeled out whenever independence support is rising, although its generally recognised to be incompatible with devolution and will therefore never be adopted by pro-union parties.

Mr Gove’s recent interventions in the independence issue certainly don’t suggest a great deal of thinking about new approaches. It wasn’t long ago  he was tweeting that independence would cost Scotland ‘’far more’’ than Brexit.

In one tweet he shot himself in both feet. First with a tacit acknowledgement that Brexit did indeed come with a price tag, and possibly a pretty large one.

Second, he relied on so-called expert research – in this case the London School of Economics – when other experts have been proved wrong in most predictions in recent years.

Nor does Mr Gove show any sign of giving new thought to the Tories rejection of the case for a second independence referendum, trotting out the old ‘’once in a generation’’ line at every available opportunity.

By general agreement the Tories’ anti-democratic stand against indyref2 is proving an effecting recruiting tool for the Yes movement.

Only this week the former Welsh First Minister Carwyn Jones said Boris Johnson’s anti-Scottish government was driving up independence support, so far be it from us to suggest a change of tack on their part.

It’s true that Mr Gove’s recent move out of the Brexit job could simply signal that the Prime Minister wants his old rival out of the way and stopped from making significant decisions.

It’s more likely, though, that Mr Gove’s moves over the next few weeks could signal the start of a more serious, concerted and intense Conservative campaign against independence. Bring it on.