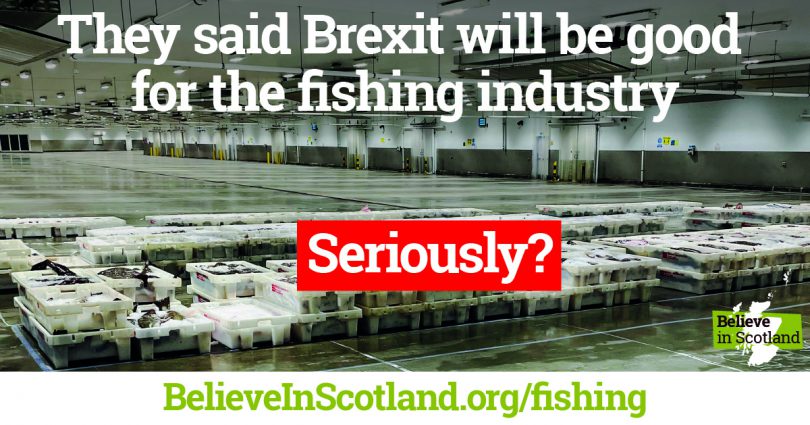 The Yes movement started indyref1 at roughly 27% in the polls and an agreement was quickly reached between the lead Yes organisations that the campaign had to be relentlessly positive.

We knew that negative political ads tended to be best used when the general public is already of the opinion that the government or party you are tackling is incompetent and corrupt and you are already defending a lead in the polls. They also work when you need to shock people who are overly comfortable in their political/constitutional beliefs into considering that they might be wrong.

Back then the PM was seen as OK, the UK was sort of OK (for most people) so we had to come up with a positive argument that pointed to a better future for Scotland. However, the SNP was too conservative and some of the decision makers felt we were guaranteed to lose as we were starting from less than 30% and so the strategy was to go to the political left, put Nicola Sturgeon front and centre and target Labour supporters. Labour was collapsing and that was Better Together’s soft underbelly.

Thus the idea was that if we were going to lose we would get a high enough Yes vote to go again soon and, from the SNPs perspective, Labour would be wiped out as a result of siding with the Conservatives. The thinking was good – that is if you think we couldn’t have won from 27%. I think there was a way to win but it only appeared in the last two weeks and Yes Scotland missed the opportunity with a lacklustre finish to the campaign.

After the referendum The SNP closed down Yes Scotland and, having initially given myself and a few other leading Yes group organisers shared control of the Yes Scotland Facebook Page that had half a million or so followers, we were kicked off the page a few days later. The page was then frozen and the Yes movement had nowhere to go but to join the SNP to continue the fight. It was a political masterstroke that destroyed Labour, guaranteed a future SNP Holyrood majority and sealed the chance to hold another referendum with that majority based on a clear indyref2 manifesto promise.

Let’s gloss over the SNP’s inability to communicate with and manage the expectations of such a huge membership surge, because we are now looking at a Holyrood SNP majority in May with a tranche of Green Yessers to further increase it.

Once the majority is gained in May and a second referendum called, the strategy will have been proved a success for the party, as will the decision not to hand 500k followers over to several Yes organisations, many of whom have proven troublesome for the SNP.

The Yes campaign leading up to 2014 was relentlessly positive –  so much so we let the other side get away with the Godawful slogan that the UK was OK. Better Together went negative, in full scaremongering mode to defend its lead. The No campaign represented the status quo and was in the lead in the polls. That was always the only trick they had and it wasn’t available to the Yes campaign at that time.

Times have changed. There is now a case for using some negative messages. The UK is NOT OK. Brexit has been a disaster and is damaging the fishing and farming communities that are the last bastion of Tory unionism. This, along with PPE scandals, the total mismanagement of the health crisis and the general ineptness of the Westminster system of government, are all negative messages. Nevertheless, combined with respect for the FM’s Covid crisis performance, they are what has driven Yes to its current majority. Yes is the majority movement now (for 21 polls in a row) and not to use the very issues that are driving Yes support in campaigning materials would be incompetent in the extreme. We are not about to fight indyref1 again. There is a whole new case for Yes, a whole new ball game and whole new Broken Britain that we are asking people to leave.

DO NOT get me wrong, the case for independence is hugely positive and we need to switch our economic message from the highly conservative Sustainable Growth Commission based approach aimed at getting moderate conservatives onboard, to a positive Wellbeing-based vision of how we build back better and create a fairer, more prosperous, greener, successful and inclusive internationalist nation. However, we must also take the opportunity to point out that Boris Johnson is the probably the UK’s worst ever Prime Minister, that Westminster is corrupt and unable to evolve in a way that will allow Scotland to thrive and that Brexit is the beginning of a dangerous, unreconstructed nationalism movement that offers nothing to Scotland. 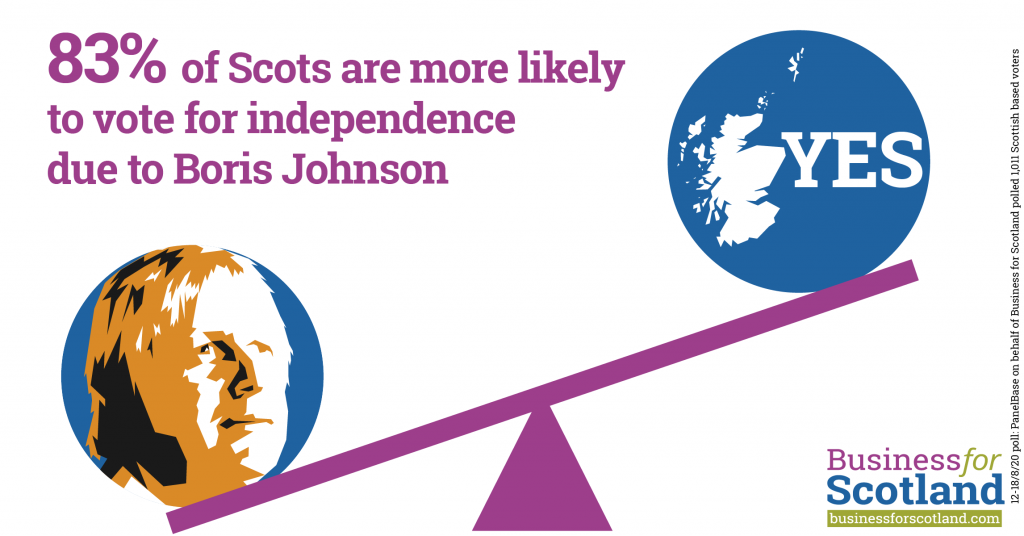 Perhaps 20% of the messages Business for Scotland and our campaign Believe in Scotland will put out in the months ahead will point out the dangers of staying with the UK. That’s a good thing, as people who have not yet moved to Yes can be described as more risk-averse and require both positive and negative reasons to change their vote – positive motivations towards a better Scotland and negative motivations away from the failing UK. Think of a car stuck in the mud. It’s easier to move if there is a force pulling and another pushing, as long as those pushes and pulls are all going in the same direction and the Yes movement is not yet in synch.

The image featured at the top of this blog of an empty Peterhead fish market is negative campaigning but it also points out that an entire industry, based largely around the North East of Scotland, was lied to and let down by the UK Government, and Gove and Johnson in particular. We are using it on a billboard in Market Street in Aberdeen and on Facebook ads targeted to people who live in North East fishing communities.

My personal focus over the coming months will be on building a positive case based upon Wellbeing economics, but just occasionally we have to share negative campaign messages as well … because the UK is genuinely in danger of becoming a failed state.