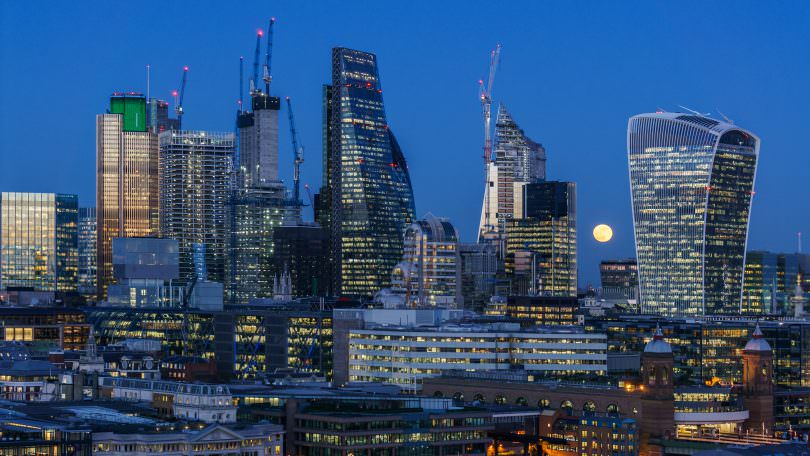 All over the world political leaders and economists are crying out for a new economic solution.  Its now ten years since we  saw the global economy collapse and the banks bailed out, and severe cuts were made to government investment in services and infrastructure. Austerity measures were brought in by governments that not only had no money but didn’t understand money.

Voters numbed by generations of homogenous political campaigning had coalesced around the political middle ground. So that’s where the political elites set up camp – and winning elections from outwith the “safe middle” became impossible.  So when the global economy collapsed and the political elites were shown to have no answer – than to protect the banks and the wealthy, as opposed to spending on the needs of ordinary voters – those voters abandoned the middle and a political paradigm shift to the extremes of left and right began across the developed world.

Formally moderate Tories became right-wing Brextremists, and the socialist Momentum group took over the UK Labour party. Neither have any new answers, just reworked extremes of old political tribalisms which have been failing us for generations.

Clearly we need a new economic approach, but none is forthcoming. Why is that?

I have written before that the growth in our economy in the past few decades has been fuelled by unsustainable private debt levels (store cards and easy finance).

I have pointed out that we are killing the planet (and people) to make sure we have the ability to consume cheap clothes and goods that don’t last – a peacock mentality that has seen the economic model move from valuing quality manufacturing to cheap consumerism. That’s not an economic model: It’s economic narcissism. The personal debt it takes to fuel such materialism is already slowing the economy and will eventually cause the the next crash, unless governments pick up the slack, invest heavily in public infrastructure projects, increase the flow of money to society, and increase confidence the way they did with the banks when they failed.

But the UK Government won’t do that, and they can’t do that, partly because such investment would clash with the (failed) neoliberal economic consensus of small government spending and also because the UK Government has no reserves left.  Moreover, whatever flexibility the Government could have had is about to be hammered by the costs of Brexit. Philip Hammond claiming to have ended austerity in his budget is laughable. He probably hopes to be able to claim that the coming round of austerity-max was caused by those that forced a no-deal Brexit after he had tried to end the cuts.

The trouble is that we can’t have a new system because those in charge don’t understand why the economy is doomed to fail. The neo-left and neo-right want outcomes for the economy that can’t be produced. The neo-right calls for a new system, but what it means is a new way to make money at the expense of others, one that doesn’t boom then bust. Meanwhile, the neo-left wants a system that doesn’t have winners and losers, but that is just as impossible and runs counter to human nature. Both are trying to skew the market, to obstruct the natural cycle of the economy.

If you set the economy the wrong goal then it will fail. For as long as our politicians fail to understand that the purpose of commerce is to grow society and business simultaneously and that those concepts are not mutually exclusive, we cannot move on to a new, sustainable and fairer economic model.

The right says that the wish to control markets is unnatural, but the right’s belief that the output of the economy must be shareholder profit is in itself a massive intervention because the natural purpose of economics is to generate high levels of trust, reciprocity and generosity as that is all that creates true wealth.

The natural role of a market is to enable specialisms in society, for people to trade the fruits of their labour. Initially it was goods and agricultural surpluses that were traded through barter, but then came promissory notes and money, invented as a substitute for trust, though still intended to facilitate reciprocity and co-operation.

When technology led to mass production and the industrial revolution and modern banking, the creation of money in itself became the new goal.

Thus the distribution of wealth ceased being based on what surplus you produced but rather on who had the power (controlled enough assets) to allow them to seize the most wealth. The economy moved from facilitating trade between people who had surpluses to trade, to one that facilitated the sociopathic pursuit of wealth. Therein lies the problem: When wealth becomes polarised, fewer people can be fully active in the economy and the expenditure of the less well-off moves from added value manufactured goods to subsistence and, worse still, interest on debt.

Ultimately that leads to slower growth, less manufacturing, lower exports, lower investment in research and development, which in turn leads to lower productivity and lower growth in the real economy. Meanwhile, those interested solely in the collection and management of money become richer without contributing anything to society.

Today, and even more so after this week’s budget, wealth is accumulating in the hands of the few and policies based solely on producing opportunities for wealth creation are in effect. We still have austerity, a minimum wage that sits below the real cost of living, diminishing workers rights through zero-hours contracts and low-value employment, and diminishing entrepreneurship as investment is drawn towards financial products rather than added value job creation in manufacturing and technology start-ups. We have fewer people fully engaged in the market, fewer people able to enrich the economy and therefore enrich society through their co-operation.

Until our political elites understand that sustainable national prosperity can only truly be created by sharing wealth across the whole population, that economic growth is only sustainable when it comes from mass engagement and co-operation, we cannot avoid the next crash.