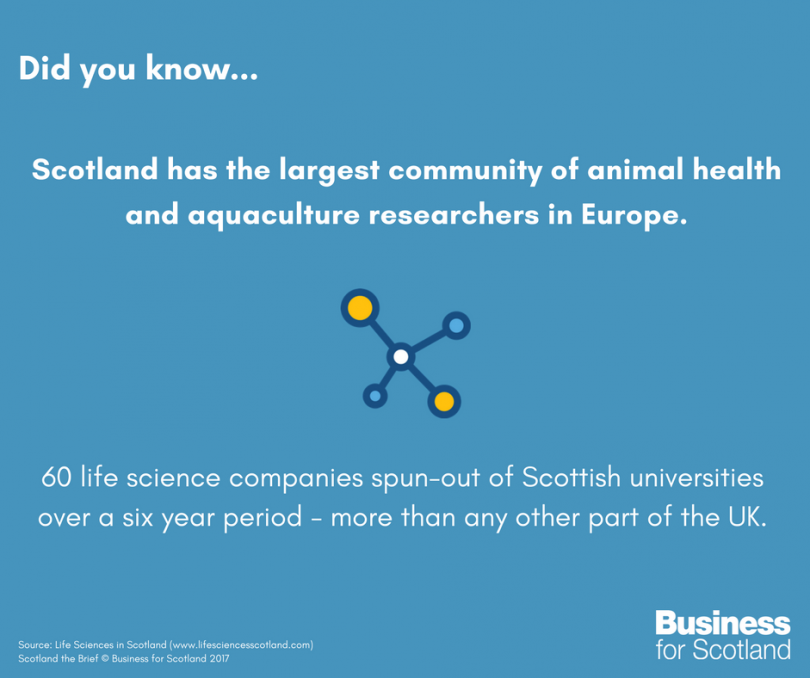 Scotland is considered at the forefront of animal health research, particularly within fields including genetics, genomics, proteomics and animal disease research. Scotland has been a significant contributor to the life science industry for a long period of time, for instance in 1996 the Roslin Institute in Edinburgh was the first in the world to clone a mammal, Dolly the sheep.

Scotland is also considered a leading contributor within aquaculture, which includes farming of salmon, the creation of mussels and oysters, as well as harvesting seaweed.

A spin-out is when a group of people either at a university or a corporation separates itself from a larger organisation to create it’s own group. In turn, the new corporation has a parent company, which can hold shares in the newly formed company.