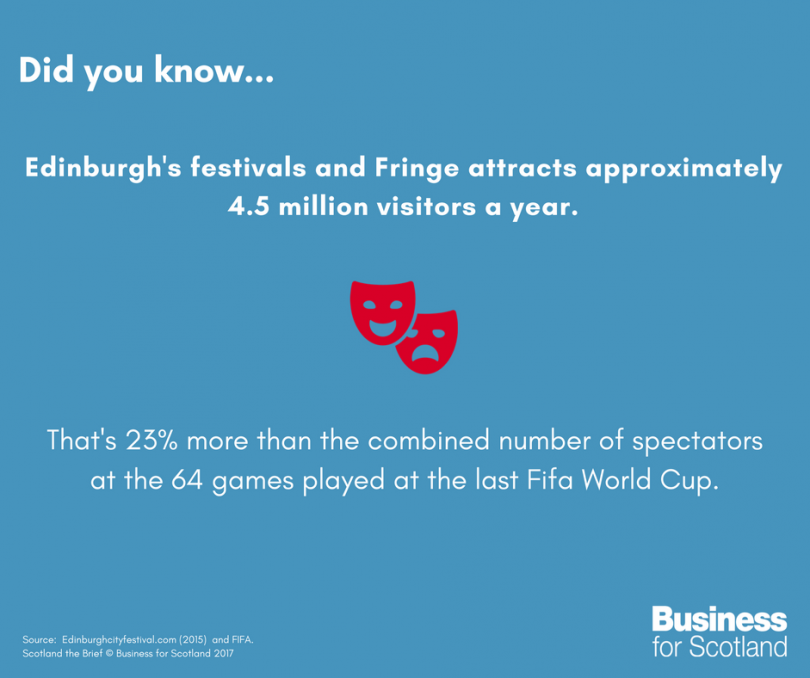 There are 12 festivals that are held every year in Edinburgh. These include,

Every year, more than 3,000 events are organised with 25,000 performers attracting attendees from 70 countries across the world. These festivals generated £313m to the Scottish economy in 2015, a 24% increase from 2010 according to a study published by Edinburgh Festival City (edinburghcityfestival.com).