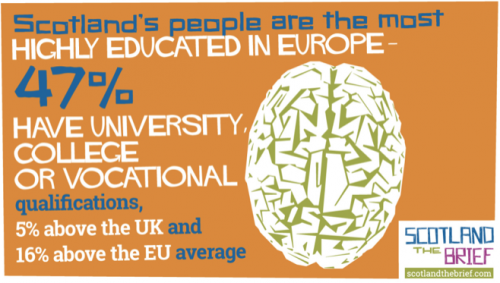 In early December, we decided to test people’s knowledge of Scotland’s economy with a fun online quiz that coincided with the launch of our now hugely successful book, “Scotland the Brief”.

The quiz took off like a rocket, and already 45,000 people have participated. As many as 21,000 of those have revisited the quiz, probably to show friends.

Shocked! It’s not a hard quiz. However, people don’t seem to truly understand the natural wealth that Scotland possesses, its diverse and strong onshore economy, or even the massive potential for renewables. Many of the quiz takers admitted to being shocked at the answers. This is partly because the Scottish economic debate is dominated by discussions on a false deficit that has been created by UK spending and allocated to Scotland in the annual GERS reports. Instead, the Scottish economic debate should discuss the facts that demonstrate that Scotland is a wealthy nation and, therefore, should be far more successful and prosperous than it is as part of the UK.

In fact, there were only two answers where the right answer was the most chosen: 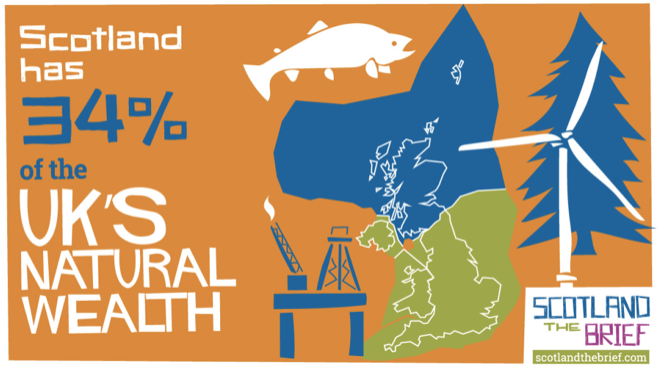 1) With 8.4% of the UK’s population, what percentage of the UK’s natural wealth does Scotland possess?  The correct answer, of 34%, was selected by 56% of quizzers.

2) What percentage of people in Scotland have a university, college or vocational qualification?  The correct answer, of 47%, was selected by 44% of quizzers.

The fact that that many people already knew the answer to those two questions is less surprising when you consider that more than 100,000 leaflets, containing that information, have been handed out in the last two months. Moreover, the social media views of our online materials and videos are ten times that.

However, on many occasions, the right answer was the least selected. In the case of the question: 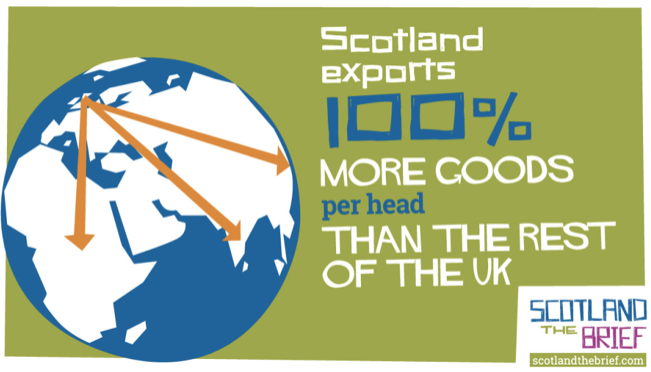 In terms of goods exported, how much more does Scotland export per head than the rest of the UK?  The correct answer, that Scotland exports about 100% more than the UK, was roughly half of the second least selected answer 14%.

This proves that even pro-independence supporters significantly underestimate the core strengths and viability of the Scottish economy. The most regular comment left by undecided voters was just how surprised they were by the natural wealth and strength of Scotland’s economy compared to what they have been led to believe. Some British nationalists, who took the quiz, claimed that it painted a rosy picture, but it doesn’t. All 10 facts in the quiz, with their relevant sources quoted in the endnotes, as well as more than 400 other facts, are contained in our book Scotland the Brief. We have sold 13,000 copies of this book in the first five weeks.

With a head start of 3 answers, you should do better than average! You can find out how much you really know about Scotland’s economy below.