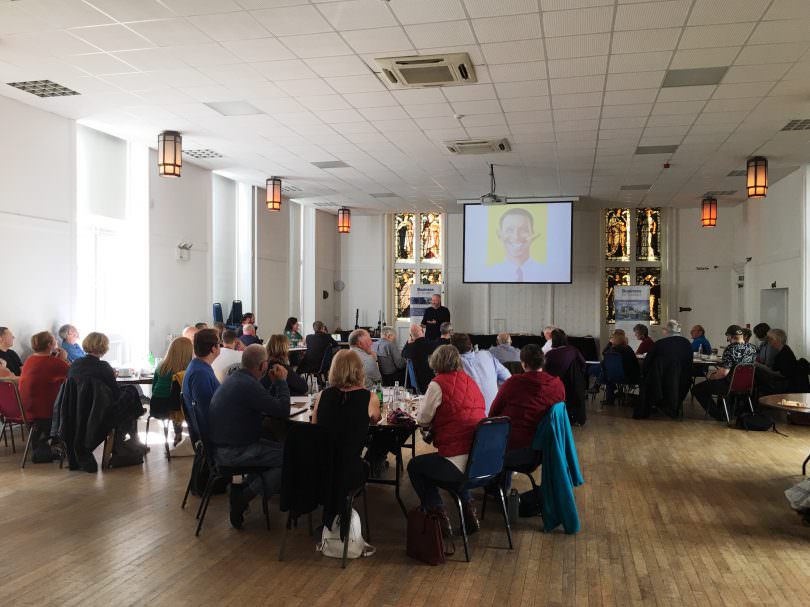 A few years ago on the train to Edinburgh I found myself sitting next to someone I had met a few times at parties. We had never talked politics, but he had heard me debating with the EU Leave campaign on some radio show and so he brought it up.

He didn’t ask questions about my beliefs or any of the research I had done and he wasn’t even remotely interested in facts. He just went into political debate mode and started throwing accusations about immigrants claiming benefits, taking jobs away from British workers, that the EU had cost Scotland billions in membership fees and that we couldn’t afford independence due to a gaping hole in Scotland’s finances.

I was a little taken aback by the venomous and factually inaccurate attack and so set about proving him wrong. I pointed out that EU immigrants pay roughly £2400 more in taxes per year than UK-born people do on average. I pointed out that even the unskilled EU workers were not taking Scottish jobs because hardly any Scottish people wanted those on offer to unskilled immigrants. I explained that Scotland, with 8.4% of the UK population, received 17.5% of the UK’s EU grants and so EU membership for Scotland worked out at something like £18.00 per year. So with the benefits of seamless trade, jobs from EU exports and inward investment, we made out like bandits from EU membership (even if the rUK didn’t).

I explained in detail that the GERS figures represent the finances of Scotland as part of the UK and explained how different the financial picture could look if we had all the fiscal and economic powers of an independent nation.

Frankly, I tore his arguments to pieces and pointed out that all he was doing was throwing discredited scare stories and lies at me. I showed him BBC news articles on my phone for evidence to back up my claims (because, well you know, he really trusted the BBC).

Did he realise how wrong he was? Did he switch sides? Not a chance. He actually told me that it was clear I was just better at arguing than he was. Even when presented with facts from the media of his choice he just dug in and became emotional, telling me how much he hated the First Minister and the SNP.

Later, I went over this meeting again and again in my head and several others like it and had a political epiphany. I realised its just wrong to imagine that winning an argument has any impact on winning someone’s vote. Arguing usually just embeds the core beliefs of the person – if you win, they become more determined to learn to argue and if you don’t, they congratulate themselves on being right, even if every point they made was wrong.

We all admire our politicians who debate well on TV – except most times both sides think their man/woman won because partisans just hear what they agree with. As was the case on the train, the more politically charged the debate, the more the undecideds switch off.

Both sides take the language of politics on to social media and without the threat of face-to-face confrontations, discourse becomes more heated and polemic. We even have social media political celebrities on all sides of politics preaching to the converted, saying what they want to hear. They are armchair generals who have never run a campaign or, for the most part, ever converted a single person, getting their side whooping and hollering and being ignored by the people whose opinion they need to change.

They are protected from the realities of how undecided voters think by social media’s echo chambers which reinforces their thinking, radicalising them. Some are even critical of those who will actually run the campaigns because they don’t want to just charge the guns like the Light Brigade, but rather fight when they know they can win.

It’s crucial that people get out of the social media echo chamber to uncover and understand people’s core values by engaging on a deeper level and allowing them to consider which constitutional change (Brexit UK or an independent Scotland) is the best fit to their core beliefs.

Nine times out of 10 there is no debate, no anger, just a growing realisation of those that refused to leave the UK in 2014 that the UK is now leaving them. Many who argued with me in the past are conflicted and finding it difficult to admit they were wrong. They certainly don’t need it thrown in their faces.

They don’t need independence keyboard warriors attacking them, they need Independence Ambassadors helping them start the journey to Yes, but so few people have the skills and the knowledge required to become trusted advisors and to share a hopeful but realistic vision allowing people to change their minds gently and permanently.

The next referendum is coming and this time it needs to be won through better real world conversations, not just cyberspace debate. We need to help people understand that the values of the new Scotland we are creating are more aligned to their core beliefs than the self destructing UK. That’s why BfS started the Independence Ambassador Training Programme to train grass roots activists to win votes through better conversations and the first 40 of the 500 or so people signed up started their training in Dundee’s Chamber East building last Sunday.

Never confuse winning an argument with winning vote. Never underestimate the value of educated conversationalists spreading positive visions through networks and communities. That is all that has ever brought real change to the world and it’s what moved the polls last time – let’s get really good at it.

Click here to learn more about the Independence Ambassador Programme

Here are some highlights of the feedback from Sunday’s first session where 100% of the attendees believed the training had significant increased their chances of winning people over to Yes: