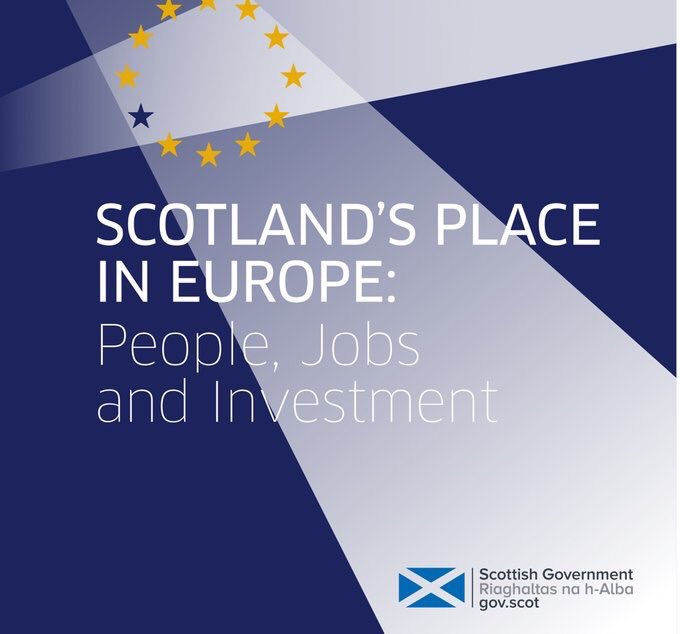 Written by Michelle Rodger
Scotland’s economy will lose £12.7 billion a year if the UK leaves the European Union without getting a trade deal, according to analysis published by the Scottish Government.

This represents the loss of around £2300 per annum for each person north of the Border by the year 2030 – the equivalent of a 8.5 per cent drop in the country’s gross domestic product (GDP).

A no-deal Brexit would mean the UK would have to rely on World Trade Organization (WTO) rules to do business with the EU, meaning tariffs of up to 40 per cent would be imposed on goods moving each way.

Read Business for Scotland’s response to the analysis

2017 was a record-breaking year for Glasgow and Edinburgh Airports, with almost 23 million passengers travelling through the doors.

In December more than 618,100 people travelled through the Glasgow Airport terminal, however, adverse weather conditions resulted in a marginal -1.5% decrease on passenger numbers on the same period in 2016.

International traffic was up by 2.3% due to strong demand for winter sun destinations  but the poor weather conditions in December also led to a -5.2% reduction on domestic traffic.

A LEADING distiller is concerned over new customs arrangements after Brexit, which could see Scotch whisky being stockpiled at Borders across the European Union.

His concern stems from the introduction by HM Revenue & Customs (HMRC) of a new system for collecting duties and taxes for goods entering and leaving the UK, which is due to come in before the official Brexit date of March 29, 2019.

Martin Leonard, managing director of Airdrie-based Inver House Distillers, fears the new system will be ill-equipped to deal with the huge increase in workload the UK’s exit from the EU is expected to bring. This is because the CDS system was designed on the basis the UK would remain part of the EU, which changed following the Brexit vote of June 2016.

The new Customs Declaration System (CDS) will replace the existing CHIEF (Customs Handling of Import and Export Freight) regime, and is due to come into effect next January.

Mr Leonard said: “It’s critical that [CDS] has the capacity to deal with the increased level of exports, because it would have been designed on the basis of the UK being part of the EU. It is now going to deal with five times the number of transactions it did previously.”

Perth Racecourse contributes £11.8m annually to the Scottish economy, with £9.9m of that impacting locally, and provides the equivalent of 130 full-time jobs.

The economic impact report uses Scottish Government measurement models to show what the track means to the local and national economy. There are two main drivers of economic activity; the racecourse itself – primarily through spectator spend, hospitality, entry fees, retailer income, media rights, the betting levy and sponsorship – and off-course expenditure by racegoers in the local area on race days, such as in hotels, bars and restaurants.

More than 80% of the £11.8m total revenues generated the previous year remained in the local economy, underlining Perth’s position as a significant visitor attraction and contributor to the region.

The report found that Perth makes a £3.4m contribution to government revenues (taxes and NI) with more than half of those collected in Scotland and directly assigned to Scottish Government or the local authority.

SMEs in Scotland are expecting a good year in 2018, despite the latest SME Growth Tracker showing that confidence in business conditions in the region is among the worst in the UK.

The SME Growth Tracker has unsurprisingly predicted that SMEs expect that 2018 will be a challenging year. However, it seems businesses still have high hopes for jobs creation and growth of revenue and profits.

Across Scotland, the SME Growth Tracker, a report by Capital Economics assessesing confidence, growth prospects and views on the broader UK economy from small and medium-sized enterprises (SMEs) found: