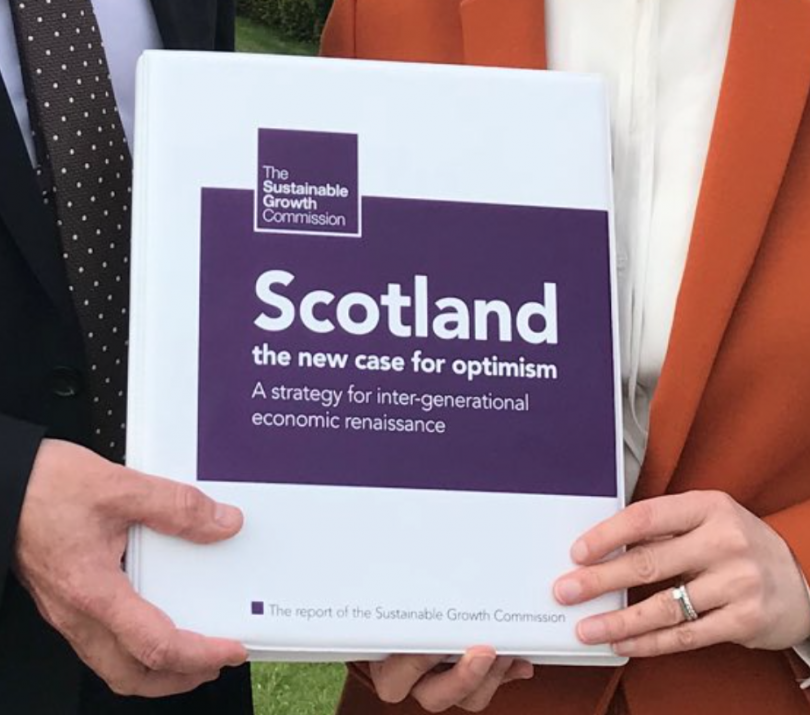 We live in a time of great political uncertainty, but there is one thing we can be 100% sure of: your vision of an independent Scotland is not the same as mine. Not only that, you won’t wholly agree with all the policies of the next person you speak to either. This may seem stupendously obvious, but I think we need to clear that up after the wittering of many in the Yes movement this week in response to the Sustainable Growth Commission’s report.

The Yes movement is a broad church, based upon a million different dreams of a million different people – what else would we ever want to base our plans for a new nation on, the nightmare of Westminster entitlement over Scotland and the Brexit omnishambles?

The SNP is the most popular and powerful of all the independence-supporting organisations and it’s the linchpin of the independence movement. Without the SNP, no major threat to the establishment, no devolution, no Calman Commission, no 2014 referendum and no phoenix-like rise from the ashes of the disappointment of the wider Yes movement.

Winning a new referendum requires those that don’t vote SNP get on board, and that’s who the Growth Commission’s report has targeted. So when the SNP put out a visionary economic prospectus for independence, one with depth, creativity, that answers tough questions and totally commits the SNP to a second referendum in the near future, then smile, it’s all good.

The one thing prominent voices in the Yes movement shouldn’t do is throw their toys out the pram because the SNP has received a report (it’s not SNP policy) that doesn’t commit to a Scottish pound immediately, that doesn’t promise an impossible socialist Nirvana, or get rid of the monarchy. These are policy ideas and positions we can debate and vote on in an independent Scotland, a referendum is a binary question – should Scotland be an independent country?

Every additional caveat you add to that simple question loses voters an independent republic, a socialist nation with a basic income and higher taxes to pay for social policies, one within the EU, in NATO, with a free market economy and its own currency, using the pound through sterlingisation etc. Policy disagreements detract from what matters. The simple truth is that the people of Scotland are better placed to make decisions about Scotland than any government of any colour in Westminster.

I don’t agree with everything in the SGC report, despite my own organisation seeking to gain and seemingly having some small influence over its content. However, I turned down five offers to comment and state what I don’t agree with – because that’s not important.  It really isn’t, because in all policy scenarios an independent Scotland is mathematically certain to thrive, versus remaining under the control of any incompetent Brexiteering UK Government.

My advice to independence supporting organisations disappointed in the Growth Commission’s report is write your own manifesto and campaign on that, believe in your convictions and that your better ideas will come to the fore in an independent Scotland. All your dreams can get a fair airing, but if we stay in the UK then all your dreams will turn to dust.

A month or so ago BfS published policies from our Clarity Manifesto, which is now with our members and our academic partners for their input, and we will publish it fully later in the year. It’s more radical than the Growth Commission’s report, less politically tactical, and pluralistic rather than left or right winged. However, we are more concerned about getting our ideas recognised and accepted in an independent Scotland than worrying that the SNP discussion starter didn’t include them all

So well done Andrew Wilson and the SNP – you just covered your weak points from the 2014 White Paper in Kevlar.

I read the report and I smiled, because the new debate has started – the SNP is getting ready, and the Yes movement is too.

It is Yes campaigners clamouring for the chance to claim nationhood, marching, self-organising and campaigning, even without the SNP lead, that has added a sense of urgency. More than anyone, the SNP is worried about starting too soon, but, with this report, they are now catching up with the momentum the Yes movement has been building.

If you are in any doubt about the changing narrative on Scottish independence just look at the Scottish Unionist party leaders failing to defend the Union. On Tuesday night Ruth Davidson’s speech attacked her own UK Government for being too London-centric, not allowing Scotland a greater share of immigration (will she back the SNP’s call for immigration to be devolved – nope) and she called for no more tax cuts so we can invest more in the Scottish NHS, ironically after attacking the Scottish Government which has refused to cut taxes to do just that.

Labour’s Richard Leonard has also been pitching in with his unworkable false federalism, so the two leading Unionist politicians in Scotland are clearly arguing that the Westminster system is unfit to govern Scotland.  I agree, but to deliver near federalism or end the London-centric modus operandi would require support for doing that to rise well above the 22% it currently boasts with English voters.

In 2014 the Unionists made their false promises at the end of the campaign when they thought they might lose. Now they are so desperate, they are trying to get their vows in before it even starts.

We are not all going to agree on a shared policy statement on how to deliver a fairer, greener, more prosperous Scotland with the powers of nationhood, but what can we agree on?  Firstly, that no matter whose dream becomes reality, it will be better than staying in the UK and so, vive la difference.

Secondly, although it’s clear the Yes movement doesn’t have a set of shared policies, I think we do have a shared set of values and that is a great place to start campaigning from – in fact it’s the only place because the values of Westminster are clearly in terminal decline.