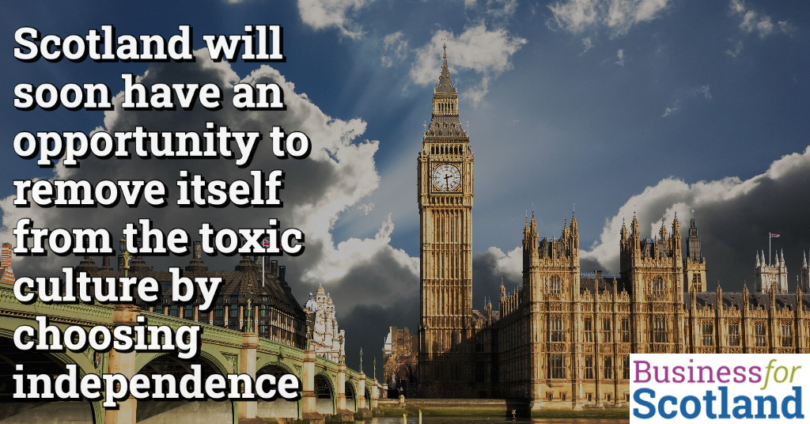 The “toxic culture” at Westminster with more than 50 MPs facing allegations of sexual misconduct illustrates that it is “not fit for purpose” according to Ian Blackford, the SNP’s leader in the House of Commons.

He said there was a sense of urgency, as we were now more than half-way through the Westminster session and a year into the Scottish Parliament: “My message to the [independence] movement is that we need to have that sense of purpose that without talking about what a new Scotland should look like, the values that we want to see in an independent Scotland and what kind of country we want to be.

“I hope that once the local elections are out the way, we can really get on to do that because it’s about really persuading people to come with us.

He went on to say that Boris Johnson is a threat to all of us: “If you look at it in the context of the UK for just a second, he’s a threat to democracy because he’s undermining and abusing that power of Prime Minister. Of course in Scotland, for us there’s an alternative.”

SNP MP for Airdrie and Shotts, Anum Qaisar, also took to social media and Sky News to say that since she was elected last year she had seen men in elected office dodge responsibility and only quit “when forced out the door”.

She said she was approached by a former Tory minister at a parliamentary event after they noticed she was uncomfortable with a male politician being “too cavalier”.

Ms Qaisar said since being elected, she had been taken aside by female MPs and warned about the behaviour of some male MPs.

“In my situation, I was at a parliamentary event and a certain male MP made a beeline for me. I started to feel really uncomfortable because he was being far too over-cavalier,” she said.

“It was actually a Conservative MP – a former minister – who took me aside and said ‘Look, it seems like you feel uncomfortable.

“Do you want to stay with me? You’re probably best just to stay away from that person’.”

Nicola Sturgeon said there is a “massive” culture problem which must be dealt with, but she told Sophy Ridge on Sky News on Sunday she has been in politics so long that she has become inured to the issues.

However, the FM said she sympathised with younger politicians: “It’s been really difficult to get women to come forward and

stand for election because there is a sense that politics and public life is not a safe space for women anymore, and we need to do about that because we’re going to rue the day if we continue down this path and women just don’t see the ability to come forward and be active in politics.”

She also addressed allegations against SNP MP Patrick Grady, who has reportedly had a sexual harassment complaint against him upheld, and stood aside as the SNP’s chief whip.

She told the programme she understood the process was under way, but she had not seen its findings.

There seems to be an overwhelming feeling that something has to be done to address the problems of Westminster, and Sir Lindsay said he was working to establish as soon as possible a “Speaker’s Conference”, which would be a cross-party investigation. 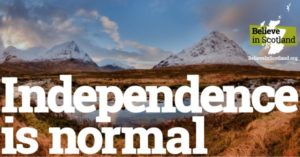