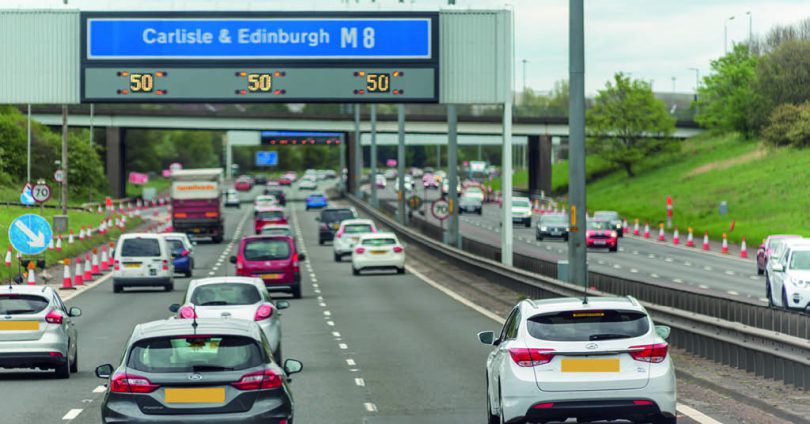 Westminster power games to undermine the role of the Scottish government in major spending decisions are now reaching ridiculous levels. Not only are Tory ministers trying to take control of those decisions they are also giving the false impression Holyrood is turning its back on sources of cash.

For months now Westminster ministers have been trying to siphon cash away from the Scottish parliament and funnel the money through its own so-called ‘levelling up’ fund.

It’s win-win situation for Westminster  … it gets the credit for spending money north of the Border but the level of spending is far lower than it should be.

The most recent  example has come from Scotland Office minister David Duguid, who is now threatening to bypass the Scottish parliament in funding transport projects and consult directly with councils instead.

Transport, of course, is devolved to Holyrood and Westminster should be putting any cash for transport projects under the control of MSPs.

But Mr Duguid blames a “disappointing” level of engagement from the Scottish government for ‘forcing’ Westminster to go over its head.

The Conservatives’ claims might be more believable if they did not follow a series of moves by Westminster politicians to seize spending powers which should by rights be moving from the European parliament to Holyrood after Brexit.

Those moves are part of a blatant ploy by Boris Johnson to strengthen the union’s standing in Scotland by simply stealing control of cash which was once distributed by the EU. But the UK parliament has so far failed to properly distribute that cash through what it has called a ‘’levelling up’’ fund.

So much so that Boris Johnson is facing a corruption legal battle over whether his party has been concentrating on spending taxpayer cash in Tory areas.

The  High Court in England will decide whether the  £4.8bn “Levelling Up Fund” unlawfully and systematically sent cash to areas considered to be “of political benefit to the Conservative party”.

Judges agreed to hear a legal challenge brought by the Good Law Project, stating: “The grounds are arguable.”

The lawsuit was formally filed against chancellor Rishi Sunak, housing secretary Robert Jenrick and transport secretary Grant Shapps in their government roles. The constituencies of Mr Sunak and Mr Jenrick are among the areas to benefit from a funding formula described by critics as amounting to “pork barrel politics”.

An investigation by the National Audit Office found that the government’s list of recipients for the cash had been published without supporting information to explain why they had been chosen.

No fewer than 40 of the first 45 schemes to be approved under the fund in March had at least one Conservative MP.

Boris Johnson’s promise to ‘’level up the UK’ by replacing the EU grants has so far come to nothing. He has yet to set up a proper replacement fund. Only  £220m is being made available across the whole of the UK for 2021-22 to replace up to £1bn of EU grants, and no money has yet been handed out at all – even though the financial year is halfway over.

When David Duguid was questioned during an online Westminster Energy, Environment and Transport forum event on how the four nations of the UK could be better connected his main concern was scoring political points.

He claimed that Scottish ministers have been reluctant to use £20m set aside by Westminster for upgraded rail, road, sea and air links.

When asked by the event chairperson LibDem MP Wendy Chamberlain if the UK government would be willing to bypass Holyrood to contact Scottish councils directly Mr Duguid said: “I think definitely there’s an opportunity for that”.

The Scottish Government replied it had not been consulted on the transport review and that in any case transport is devolved to Holyrood and the Tories should respect that instead of ‘’engaging in a power grab which has seen them promise much but deliver little in reality’’.

We should beware the mainstream media’s eagerness to leap on any criticism of the Scottish government and ignore Westminster’s attack on devolution. Look out for more headlines such as ‘’Scottish ministers shun Whitehall cash to repair roads’’ (The Times).

The media in Scotland should be ready to rebut blatant attacks on the Scottish parliament’s powers rather than meekly accept blatant mistruths by a Westminster parliament determined to render Holyrood incapable of acting in Scotland’s best interests.