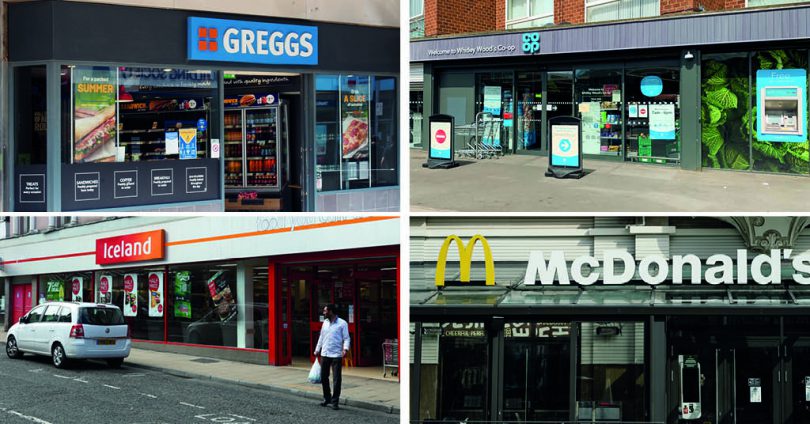 Post-Brexit disruption of food and other supplies to shops and restaurants all over the country are due to deepen as retailers report that their stocks are at their lowest levels since 1983.  More and more firms are reporting supply problems and are being forced to withdrawn certain products.

One major supermarket chain boss has said the food shortages are the worst he has ever seen and others are warning the problems could cause chaos at Christmas.

The Confederation of British Industry said stock levels in relation to expected sales fell to their lowest level this month since it began tracking retail industry trends almost four decades ago.

Andrew Sentance, a former member of the Bank of England’s monetary policy committee, told the Guardian: ”I don’t think we can dismiss this as a flash in the pan. Now that lockdown has been eased we’re seeing a truer reflection of the impact of Brexit and issues building up before the pandemic.”

Here are some of the food businesses affected so far:

Reports today revealed the bakery giant is the latest food outlet to be hit by supply chain problems. It said it was seeing “temporary interruptions” in the supply of some ingredients. Some products containing chicken are missing from its shelves.

The company has insisted there is no problem with its chicken bake products. A Greggs spokesperson said: “There are no current supply issues with our chicken bakes …

“Unfortunately, like others, we’re seeing temporary interruptions in supply for some ingredients which occasionally results in shops not being able to maintain full availability on all lines.’’

The boss of the Co-op group has said the food shortages in supermarkets are at a ‘’worse level’’ than he has ever seen.

The Co-op is one of a number of supermarkets that have been forced to reduce their range of some products as a result of disruption to supply.

Steve Murrells, chief executive of the group, said the action had been taken to allow it to continue serving its customers. He said the disruption to supply has been driven by ‘’Brexit and issues caused by Covid’’.

The firm is retraining staff as lorry drivers to help fill vacant roles.

We’ve already had one Christmas cancelled at the last minute. I’d hate this one to be problematic as well

The boss of supermarket Iceland has warned the supply chain chaos is getting worse. Richard Walker told the BBC he estimated the UK’s shortage of lorry drivers now numbered about 100,000, with the company itself about 100 short.

The problems are deepening just as retailers are preparing for Christmas. Mr Walker said: “The reason for sounding the alarm now is that we’ve already had one Christmas cancelled at the last minute.

“I’d hate this one to be problematic as well. We start to stock-build from September onwards for what is a hugely important time of year. We’ve got a lot of goods to transport between now and Christmas and a strong supply chain is vital for everyone.”

McDonald’s this week ran out of milkshakes in most of its UK restaurants due to the ongoing supply problems. According to some reports Northern Ireland is the only place in the UK where milkshakes are still on sale.

Kentucky Fried Chicken has had problems with supplies of paper takeaway bags, chicken boxes, sauces and seasoning. Some stores have introduced a reduced menu.

Subway has confirmed it is experiencing problems with deliveries of fresh produce. A spokesperson said: ‘’We appreciate that supply chain pressure is something a lot of the industry is experiencing at the moment.’’

Nando’s was one of the first restaurant chains to be affected by the shortages, closing some of its branches, including some in Scotland.

The lorry driver shortage is a direct result of Brexit, which cut the number of EU lorry drivers who could work in Britain.