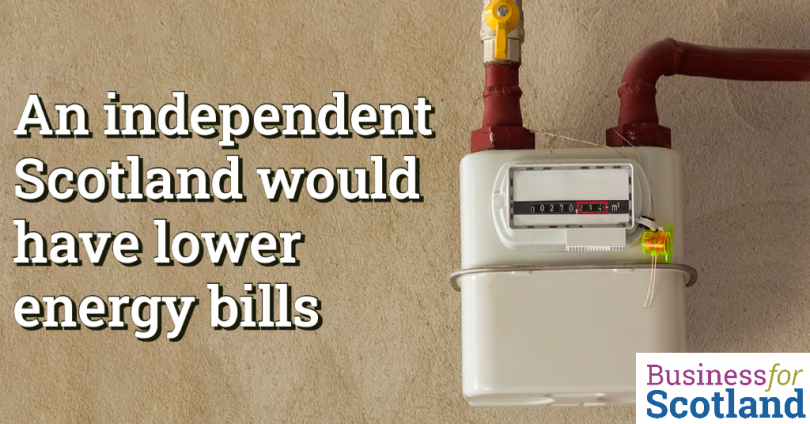 Anger is mounting in Scotland as energy prices soar for consumers while energy producers announce record profits. Many Scots look enviously at Nordic countries such as Finland where bills are much lower thanks to plentiful, cheap renewable energy.

Last week’s announcement that all households across the UK will get £400 help with bills over six months has attracted criticism from poverty campaigners who point out the boss of Centrica will get exactly the same amount of help over the coming winter as a struggling pensioner on a payment meter living in Aberdeen. The difference is that the Centrica boss will have some of his energy bills paid automatically, the poorest in society on older prepayment meters will get a discount voucher.

Shell, Europe’s largest oil company, on Thursday reported record-breaking earnings It also announced a $6bn share buyback. BP is also poised to reveal another record-breaking set of profits.  Both companies are likely to channel billions into shareholder dividends and buying back shares from investors, which increases the value of the company.

This represents a massive cash transfer from domestic bill payers to those who own shares in large oil companies.

“Shell’s second-quarter adjusted net income was $11.47 billion, up from $9.13 billion in the first three months of the year, which at the time was the company’s highest-ever earnings…The increase in share buybacks comes after Shell signaled in May it would increase distributions to investors by more than 30% of cash flow from operations, its previous ceiling for returns. The company maintained its dividend at 25 cents a share.”

Centrica also announced it was reintroducing a dividend payment to shareholders after its profits surged fivefold. Operating profits at the UK’s biggest energy retailer jumped to £1.3bn in the first six months of the year from £262mn during the same period in 2021, buoyed by higher revenues from its oil, gas and nuclear assets. It will pay a dividend of 1p a share, totalling £59mn.

The UK Government did create a windfall tax expected to raise £5 billion from the oil and gas industy – that money of course goes to the UK Treasury though it is largely raised on Scotland’s energy assets.

Many are now calling for the windfall tax to be raised – but even if it is, the UK government has indicated it is keener to spend the money on tax breaks and measures such as cutting VAT on energy bills – which benefits those who use the most energy, not the people who are struggling with unaffordable fuel bills.

Many Scots pay higher bills than the average

The Financial Times reported forecasts that the UK’s energy price cap could rise to an average of £3,840 in January. But many Scots households will pay even more than the average.

Much of rural Scotland does not have access to piped gas, and many families rely on electricity which is even dearer than gas to heat their homes which is even more costly. Scots also pay higher standing charges and have to contend with colder temperatures. The North West Highlands has had an unusually cold and wet summer this year for example.

The UK government has also failed to target effective help at those who need it the most. For example, the most vulnerable families use prepayment meters. Unlike most customers paying their bills by direct debit,  those using prepayment meters have to pay for gas and electricity as they use it – and are also charged a slightly higher tariff. While many households can spread the higher winter bills over the course of the year, prepayment families are looking at bills for an average home of £434 in December and more than £500 in January

The UK is gearing up in the long term to get more cheap energy from Scottish-based renewables.

Gas prices are now trading at about 10 times the average level of the past decade. They are the equivalent of $380 a barrel for oil.

Bills in the UK would be even higher if it was not for cheap renewable power from Scotland, much of which is exported to the rest of the UK, some going over to France. (Scotland could have even more onshore wind and solar power than it does, if the UK had created a more supportive investment market, and if UK-based charities had not repeatedly opposed onshore wind – even where the community supports it.)

The pressure on prices is now accelerating the move to renewables, with the biggest investment in the National Grid since the 1950s recently announced. That investment will be funded by the savings UK consumers will make from importing cheap power from Scotland.

“Britain will soon have a glut of cheap power,’ predicted a column in the Daily Telegraph this week.

Ambrose Evans-Pritchard wrote that the scale of the planned development of off-shore wind “is breathtaking”. So what will be done at night or at weekends when renewable power generation is 200pc or more of UK demand? Much can be exported to the Continent through interconnectors for a fat revenue stream, helping to plug the UK’s trade deficit.”

Evans-Pritchard did not even acknowledge that the vast majority of this energy will be produced in Scotland.

An independent Scotland would have lower energy bill

It is not surprising that Scots look enviously at Nordic countries. The Nord Pool electricity exchange reported last week that the average price of electricity collapsed to a historic low of about 0.2 cents per kilowatt hour (kWh), virtually free. Nordic countries are less dependent on imported gas than the UK. Annual bills are many times lower than in the UK.

An independent Scotland would not need to be reliant on imported gas – it can produce enough renewable energy to meet its energy needs. Scotland has the capacity to produce even more energy than the average of the Nordic countries – and it could export this to the UK and EU.  If an independent Scotland had tax levers over the oil and gas sector that the UK does, it is likely that that revenue would also be used differently, more targetted at those who need it most.