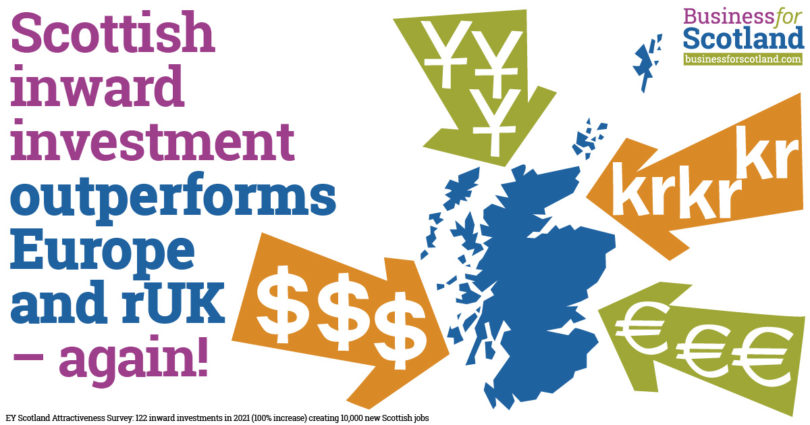 Foreign Direct Investment (FDI) is when a company or a fund from another country invest in Scotland to set up operations in the country and create new job opportunities in Scotland.

FDI is good for the Scottish economy, but it is best to have it as part of a mix of strong domestic job creation and FDI.

Scotland is consistently the most successful part of the UK for FDI (outside of London) for 9 of the last 11 years, 7 years in a row starting in 2013 when the Scottish independence referendum was in full flow.

Most inward investors believe that Scottish independence is inevitable and claims by unionist politicians that independence will put off FDI have been completely disproven. 2013/14 and 2014/15 were record years for inward investment into the UK recording the highest number of FDI projects ever according to a UK Government report.

Indeed; the 2013/14 year was a record year for Scottish FDI in Scotland which also boosted 122 FDI projects announced during the actual referendum campaign.

The 2021 investors ranked skills availability and high level of skills of the local workforce, the strength of business networks and public sector support from economic advisory bodies and development agencies as Scotland’s best points.