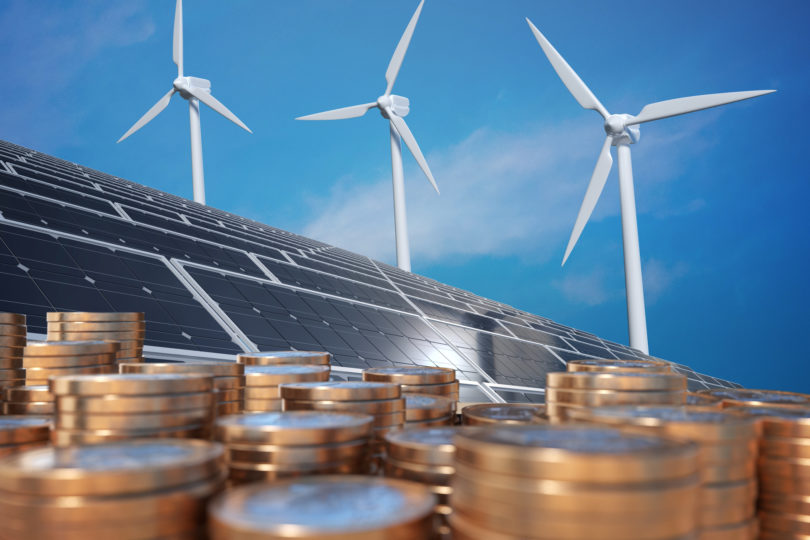 Many Scots are angry that as electricity standing charges increase they are having to pay more than most English consumers. At the same time, Scottish green energy producers are also being asked to pay much more than English power companies to connect to the grid.

Ofgem allows energy companies to charge Scottish electricity consumers more in standing charges – despite the fact that they are closer to the source of renewable power. People looking out of their windows at wind turbines have to pay more to access electricity than someone in London.

These are essentially political choices made by the UK Government and its appointees on GEMA, Ofgem’s decision-making body. As long as Scotland is part of a UK energy network controlled from London, little can be done to change the situation.

Why are Scottish renewable producers being charged more to supply energy?

Ofgem appears to be operating an old-fashioned, London-centric idea that they should encourage energy production close to population centres. According to this method, gas-fired power stations in the Home Counties should effectively be subsidised by onshore wind producers based in Scotland.

A report by SSEN last year concluded that this out-dated network discourages businesses from setting up green power operations in remote areas and called for a rethink.

How much is the standing charge going up?

Scots will pay 48p or 49p per day for standing charges – in London consumers will pay just 31p per day. That is more than 50% less. The increase amounts to £30 a year in London but around £80 a year in Scotland. Scots are being asked to pay more than any other part of the UK except Cornwall.

This part of the bill that goes on standing charges is proportionately larger for people who are living in poverty and trying to control their power costs.  Research from Ideal Economics shows the poorest 10 percent will now spend almost a third of their energy payments on merely connecting to the energy system.

BBC research showed that the increase this spring varies disproportionately in different parts of Britain. Analysts told the BBC that local suppliers are moving charges which were once part of a consumer’s unit price for energy (which now has a tight upper limit on it) over to their standing charge. They are also increasing standing charges to the maximum level for each region, which means a big jump for some places.

The standing charge is also being used to recoup money lost when energy providers went bust.

Why are standing charges being used to recover bad debt from energy providers?

Part of the hike in standing order charges will go to fill the hole left by the collapse of energy firms. Ofgem has presided over a collapse of 29 energy suppliers in the last year – millions of pounds in consumer credit vanished in these companies’ bad debt. Rather than reclaim this money through a windfall tax on energy companies, the UK Government has dictated that it should be recouped from consumers. The House of Commons Energy Committee queried this decision last month.

I think it was the CEO of Centrica who said that he thinks about £400 million of consumers’ money has gone missing as a consequence of these companies going bust. Is that right?”

Brearley said he did not the exact figures but thought it was around half that. Jones then asked:

“Do you think that it is right that consumers should have to pay back through their energy bills, of their own money, that which has gone because of the bankruptcy of energy companies that were not regulated properly?”

“I agree that, with hindsight, we should have ring-fenced customer credit balances more firmly.”

“What are the consequences for those bad calls for you and your colleagues? You talked about how you made the wrong call on prices in May. You wish you had moved faster when the price cap was introduced. You wish that there had been tougher financial regulations. You have made assessments of £200 million that has been lost and admitted that you will get it back through customers. I am just asking.

You are the regulators and, between the top five of you, you rake in £1 million a year and you have £2 million of cash benefit in your pension funds. You have talked about fairness. I am wondering what the consequences are for you and your team for these bad calls?”

Brearley said many of the regulator’s choices had been politically motivated.

“Ultimately, GEMA is the decision-making body for Ofgem. There was a clear ambition to diversify supply. Frankly, that was not just a GEMA or an Ofgem ambition. That was an ambition that was shared with Government at the time.”

Scotland is one of the biggest powerhouses of renewable energy in Europe. It produces the equivalent of all the electricity Scotland uses right now. It produces a quarter of all the UK’s renewable energy and is capable of doing much more with the right investment and regulation in place. But that is not likely to be forthcoming from Westminster or the quangos it packs with political cronies from southern England.

National Grid has just sold a 60% stake in Britain’s gas pipeline infrastructure – including Scotland –  to Australian investment firms for more than £4 billion. They will be looking to increase profits from consumers. Getting the investment in place to help Scotland’s renewable sector may get even harder.

Scotland’s renewable energy infrastructure desperately needs investment if Scotland is to reach its full potential to fight climate change and create cheaper energy. It especially needs market incentives for pumped hydro storage but the Scottish Government doesn’t have the power to create that.

Scots have to pay more to access energy; and Scots-based businesses are charged more to provide it. That doesn’t seem fair because it isn’t fair. But regulation of the energy market is reserved. There is no way to change this without independence.