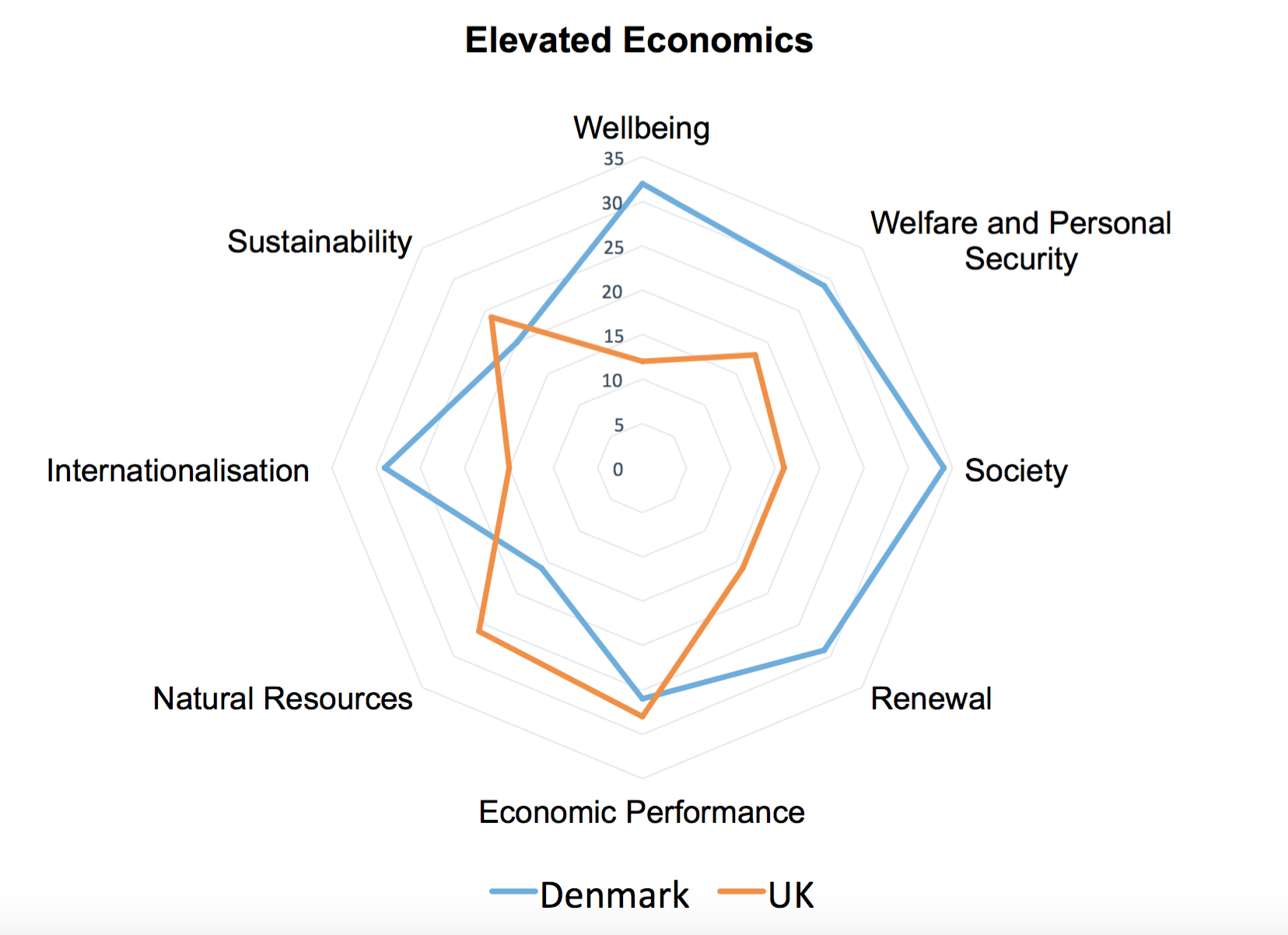 Good ideas don’t start off as good ideas, they start off ridiculed and attacked by those that benefit from the old system. People are hard wired to see change as risky but, in the long run, if the “if it ain’t broke don’t fix it” brigade ever won we would all still own horses.

The closer you come to change the more unhinged supporters of the status quo become and so the death throes of a previously dominant idea can be quite ugly and Brexit and the growing British nationalism are as ugly and as messy as you get. Alternative facts is just a trendy term for the lies told to justify dogmatic intransigence.

Where progressives see change as a hopeful future, those that benefit from the unfairness of the present only feel fear for the future. The only way to win people over is to tell a better story than your opponent. You need to share a richer, detailed and fact-based positive progression towards the benefits your change brings, not just to society but to each group in society so that everyone can answer that crucial question: “What’s in it for me?” Because the default setting for most people is to “do nothing unless it benefits me”.

Last week I wrote: We need to elevate economics towards a higher purpose and to refocus corporate governance towards recognising the benefits businesses have to their workforces, environment and community. Fortunately, one drives the other but but free market economics sees growth as king and profit as the king maker, and so when politicians ask big business how to boost growth, big business says: “Give big business tax cuts”.

Well, they would say that wouldn’t they? To truly effect a change in economics we have to start by defining the values of the society we want to create.

So what values do we aspire to? For me, I want a fairer distribution of wealth, improved welfare, better management of our natural resources to reach environmental sustainability, better education and employment opportunities for young people and higher R&D and skills investment. I want to boost our society’s feeling of wellbeing, including life-expectancy and happiness. Add economic performance to that list and you have a set of measures by which you can judge the true progress of a nation. Economic performance measurement, however, can’t just be growth related. It needs to include productivity, balance of trade, long-term national debt levels and wage growth (because that’s a positive thing).

But how on earth do you measure all of these? Well, fortunately, we already do. Amongst other sources we have the World Bank’s Gini Index, the Legatum Prosperity index, the World Happiness Report and the Global Economic Forum’s Global Competitiveness Report. So I pulled all the rough data together and a clear picture started to emerge. Looking at economic performance through the filter of a wider benefit to society you get a whole different set of winners. One small northern European nation that shows near the top of every list, has a similar population to Scotland but has few natural resources is Denmark.

When you compare Denmark’s and the UK’s GDP growth rates you would assume that the UK is outperforming Denmark, but the way our system works, every time the UK’s GDP soars, the people are crushed. We all know that Denmark has great social mobility and high rates of wellbeing and happiness, but when you measure economic performance, tempering growth with balance of trade and debt, you have to question if the UK even beats Denmark on that score – as you can see on the radar graph above.

It needs more work but, as you can see, two of the areas where the UK beats Denmark is in sustainability and natural resources, both advantages it will lose when Scotland becomes independent.

Having benchmarked dozens of nations, those whose graph most resembles a 50p are those with a more balanced approach to economics. They are also the ones that most successfully weathered the banking crash – the UK is not one of those nations. If you want to create a better nation then you need to create a new model for measuring the economy based on the values of the society you aspire to create. When the big corporations say: “We need a corporation tax cut,” look to those new values and tell them they need to earn it.

“Pay the Living Wage, invest more in R&D, cut your emissions, increase exports, employ more young people, move towards gender balance…” Every benefit they deliver to society earns them a Benefit Corporation Tax Credit but their behaviours will create more tax revenue overall and you have a race to the top rather than Westminster’s race to the bottom.

Maybe you think these are a load of wishy-washy do-gooder ideas? Read the book Firms of Endearment to see that business that are driven by passion and purpose, not just cash, that help all stakeholders thrive – companies such as Starbucks, UPS, Colgate Palmolive and Schlumberger – outperformed the market by 1681 per cent over 15 years.

Independence, coupled with a new approach to economics, offers more security, faster growth and shared prosperity than post Brexit xenophobic isolated Britain ever can. Now there is a better story.