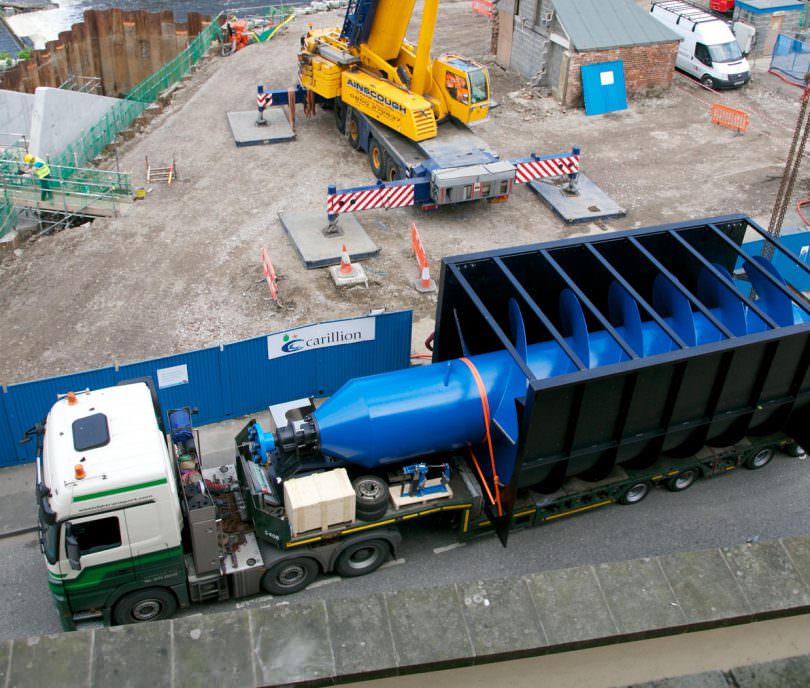 The story of Carillion going into liquidation last week is more than just another business going bust with a pension fund gap. It’s more than a business story – it’s another warning sign that one of the key foundations of our entire economic system is failing.

I have been writing in recent weeks about the need for a completely new approach to economics and therefore society.

It is a viewpoint I first developed back in the late 1990s and in my 2001-2002 set of reports on what we called the “e-conomy” for The Herald and Sunday Herald. Many leading economic thinkers are now calling for a new economics and more and more think tanks and institutions are lobbying for reform.

Each economist or lobby group seems to have their own pet heterodox policy that they want to be adopted; sovereign money (Government-owned banking and currency creation), basic income, environmental sustainability modelling, zero growth (not as dumb as it seems) and multiple fairness and equality measures that you can bolt on to our neoliberal economic system to improve it.

However, I have come to believe that is part of the problem. Almost no-one is talking about redesigning our economic system from the core principles outwards.

Take for instance the adoption by David Cameron in 2010 of wellbeing as a measure of economic progress. The Joseph Roundtree Foundation, Oxfam, the New Economics Foundation and several other key progressive forces championed that well-meaning move, but if it’s only an add-on to a corrupted and failing economic system, can any new metric seeking to address the symptoms and not the root causes of economic failure ever work?

Looking at the key and interlinked cornerstone beliefs of today’s dominant neoliberal/neoclassical economic system (Financialisation, Consumerism, Small Government and Globalisation) I can see signs that they are all failing.

It’s going to get worse unless we do some serious rebuilding at the core of the system rather than just papering over the cracks with nice sounding new measures that tick boxes but change nothing.

Firstly, the issue with “Financialisation” is plain to see – the UK and many other western nations became over-dependent on the finance sector. That was the first cornerstone to crack in 2007, and the risk associated with the finance sector has not fallen sufficiently, and housing in London and the south-east can still be described as bubble-like. But also the financialisation of everyday lives through easy credit, and the propensity for people to borrow to fund even basic consumption rather than by residual income could still bring a personal credit crunch.

If inflation rises further, and interest rates are used to control it, debt-ridden consumers will stop spending and the economy will tailspin.

The second cornerstone – “Small Government” – could also lead to the next economic crisis. We all understand the impact of light-touch regulation on banking but the negative impacts of outsourcing are just beginning to bite. PFI costs Scottish councils a billion a year and ironically Labour (who championed PFI in government) now talk about nationalising them – but that can cost more than maintaining them in many cases. Massive outsourcing companies like Carillion, Serco, Capita and Interserve grew out of the outsourcing boom, winning massive Government contracts at ultra low margins and squeezing costs. Those companies swapped margin for turnover and long-term contracts and so had to keep growing and winning more and more government work to pay the bills, wages and make returns to shareholders.

However, with austerity, the budget squeeze means that the outsourcing companies are unable to win enough new contracts to refinance their massive contracted outgoings. We have a phrase for that – we call it a Ponzi scheme and Carillion is the first warning sign of what might become a new financial crisis.

Ironically, austerity, the automatic response to the fiscal deficit if you believe in “Small Government”, the driving force behind outsourcing, is now killing it. The drive for smaller government privatised profits in the good times and now we are nationalising the losses and bailing out pension schemes. Scottish Water, the Royal Mail, East Coast Rail etc all prove that the private sector isn’t always more effective.

Thirdly, consumerism led to an overdependence on financial services due to the outsourcing of manufacturing to cheaper labour markets, leaving UK workers with unfulfilling (bullshit) jobs leading to a well documented lack of self-actualisation. This has led to a rise in depression and out-of-control consumerism as a substitute for happiness. Overconsumption is killing the environment and it’s killing us. Obesity and Type 2 Diabetes will cost many times more to address than the economic benefit derived from the extra consumer spending generated in the first place. Clearly “Small Government” is less of an effective cornerstone of our economic system and more of an oxymoron, for if the government does not intervene in market failure, the market fails and overconsumption driven by financialisation simply increases the demand for future government spending to compensate.

Fourthly and finally, “Globalisation” – intrinsically linked to the outsourcing of manufacturing to developing (low wage) nations, but also more positively to understanding the interconnectivity and interdependence of national economies and the benefits of economic regional specialisation. Globalisation increases global buisness travel and the single biggest risk to the economy and wellbeing is a flu pandemic or worse a SARS or Swine Flu pandemic which would cripple the economy in ways people can’t currently imagine. As the other cornerstones crumble, globalisation has as well, due to increased protectionism in America and Brexit, which has been driven by a false belief that if partnering with other nations to boost international trade is the cause of the problem not part of the solution, so we should go back to attempting to dominate world trade. However, anyone with a basic understanding of global trade can see that if you are not part of a trading bloc you can’t dominate trade. So the UK is leaving the trading bloc that was specifically built to cover up the growing failings of developed western European economies like the UK’s.

What if our economic system is now obsolete, having failed to match the evolving values, demographics, environmental and technological realities of the world? There are no panaceas, no one policy that can turn things around, and more neoliberalism certainly isn’t the answer.  My answer to how do we implement a new approach to economics in Scotland? Can be found here

1. Scotland’s chance to lead the way in creating a new economics,