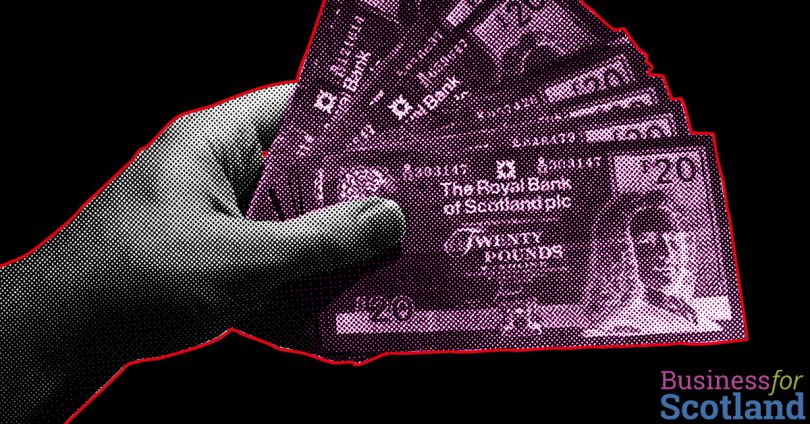 The Electoral Commission has promised to look at any allegations it receives that ‘dark money’ funded Facebook ads urging Unionists to vote tactically in the Scottish elections.

The ads were posted by a number of pro-Union groups opposed to independence without bearing an imprint stating who paid for them required by new election advertising rules.

The Electoral Commission today refused to tell Business for Scotland if any complaints about the ads or the organisations had so far been received. A spokesperson said it could not discuss specific complaints until they had been looked into.

But the spokesperson did promise that any allegations it received would be looked into and if any wrongdoing was found full details would be published on its website.

When Business for Scotland asked if the process took too long, the spokesperson said frustration at the length of time this might take was understandable but that due process had to be followed.

Suspicions that dark money has been funding the adverts have been growing since reports that ads worth thousands of pounds had been posted without the necessary imprint.

An organisation called Young Unionists posted more than £20,000 worth of Facebook adverts without any imprint. The organisation registered as a non-party campaigner in the election and the registration form lists Max Young as the secretary.

According to opendemocracy.net Mr Young was involved in the Capitalist Worker campaign which spent £65,000 on anti-Corbyn ads in the 2019 general election without declaring its donors.

Mr Young has written for a number of pro-Union websites including Think Scotland, which describes itself as ‘’your home for free thinking and free markets’’.

Think Scotland was set up by Brian Monteith, who was also linked to Capitalist Worker. Mr Monteith paid for a number of Think Scotland ads on Facebook for a tactical voting tool posted by Vote Union to advise voters how best to defeat pro-indy candidates in the election.

The Vote Union Facebook page was set up in April 2021 and spent almost £6,000 on Facebook advertising its tactical voting tool

Nor did ads taken out by Turning Point UK urging voters in the Scottish election not to vote SNP. The Turning Point UK website describes the organisation as a ‘’student movement for free markets, limited government, personal responsibility and duty to others’’.

The website, like most of the others mentioned, does not reveal the identities of the people involved and the details of the Facebook ads do not say which individuals paid for them.

Another organisation called Businesses for the Union spent more than £10,000 in the run up to the Scottish elections, paid for by Matthew Kilcoyne, deputy director of the Adam Smith Institute, a powerful think tank which, again, does not declare its donors.

The Electoral Commission, which is tasked with enforcing the rules about election advertising, can impose sanctions on anyone found to be breaking those rules.

If the Electoral Commission finds a person or organisation guilty of breaking the rules it can impose financial sanctions of a fine up to £20,000

New rules in place for first time for the Scottish elections state that digital advertising designed to influence voters in an election should include an imprint which must include the ‘’name and address of the promoter and any organisation or individual on whose behalf it has been promoted’’.

If the Electoral Commission finds a person or organisation guilty of breaking the rules it can impose financial sanctions of a fine up to £20,000.

The Commission considers this upper limit to be too low and has repeatedly asked Westminster to raise it, but to no avail.

The Scottish government did listen, and raised the upper limit for a fine to £500,000 but only for referendums. It included the new fine limit in legislation last year.