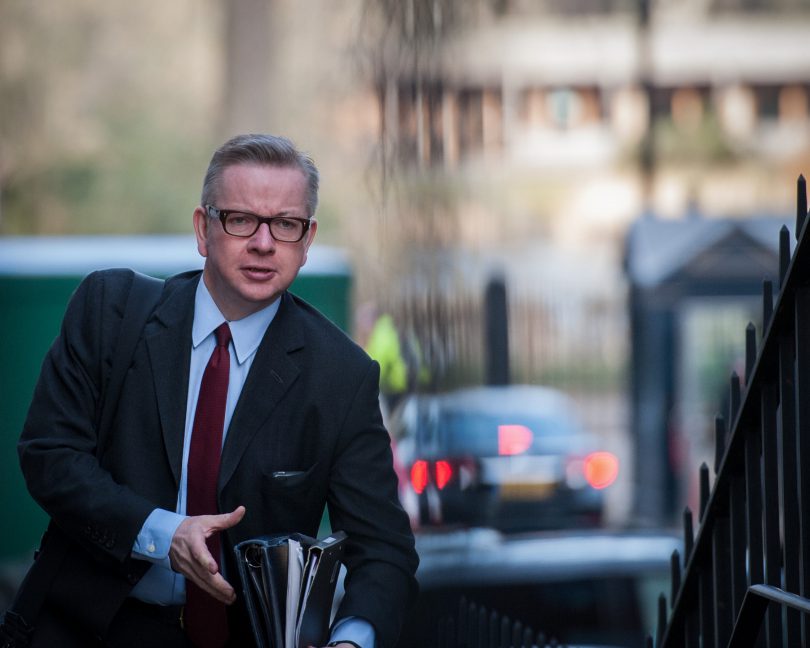 As the dust settles over the remarkable Scottish elections the UK government’s opposition to a second independence referendum descended into farce.

Before the election Boris Johnson vowed to stop indyref2 even if a majority of MSPs supported it.

After the election the message changed, even if it was not exactly clear what it had changed to.

Speaking on the Andrew Marr Show and BBC Scotland’s Sunday Show Michael Gove said the UK government would not mount a legal challenge to any independence referendum the Scottish government would put in train.

But he still insisted the referendum should not go ahead, as ”team UK” should be focused on Covid recovery. He had no answer to the question how he would try to stop it.

Ms Sturgeon had a strong message on indyref2  to Boris Johnson after a huge SNP election success saw the party fall just one short of an overall majority: Do not fight us on this

Boris Johnson has invited Scottish First Minister Nicola Sturgeon and leaders in Wales and Northern Ireland to a union summit following the elections. 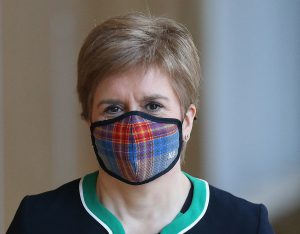 Ms Sturgeon had a strong message on indyref2 to Mr Johnson after a huge SNP election success saw the pro-independence majority at the parliamwnt grow to 15.

The SNP won a record number of constituencies – 62 – as well as two list seats and the biggest vote share ever achieved since devolution was introduced.

The are still big issues arising from the election results, including

1: What is the likely timing of indyref 2?

Nicola Sturgeon and the Greens have said the referendum will take place during the next five-year parliamentary term.

The First Minister has said her preference would be in the first half of that term. Speaking on the Andrew Marr show this morning the First Minister did not rule out holding indyref2 as early as next spring if predictions prove correct and the UK has recovered from the Covid pandemic by then.

She said: ”I wouldn’t rule that out but I’m not sitting here saying that is the timescale.”

The Tories and Labour have argued that during a pandemic is not the right time for a referendum although they do not want a referendum at all.

In any case there is no disagreement with the Scottish government that the pandemic should be defeated before indyref2 is held.

2: What role did tactical voting play in denying the SNP an overall majority:

There were certainly instances of Labour and Conservative supporters uniting against the SNP.

Labour’s 46.3% vote share certainly suggested it had benefitted from support from anti-independence Conservatives.

And sitting Conservative MSP Jackson Carlaw holding on to his Eastwood seat after the Labour vote dropped by around 4,000 suggesting some Labour voters switched to support the Tories.

3: What constitutes a mandate?

Ignore the unionist spin, the only correct answer is that a majority of MSPs returned from parties with a commitment to holding an independence referendum in their manifestos is a clear mandate for it.

Union supporters are now desperate to suggest that a majority of voters need to support a referendum to constitute a mandate. This is nonsense.

That is exactly what has happened in this election.

Union supporters are now desperate to suggest that a majority of voters need to support a referendum to constitute a mandate. This is nonsense.

Such a requirement was certainly not applied to the EU referendum. When Michael Gove was challenged on this point by Andrew Marr he could not answer.

There is also an attempt to suggest an SNP majority was needed to create a mandate for indyref 2, which is an affront to democracy. A simple pro-indyref majority of MSPs is all that’s necessary.

4: What is BBC Scotland for if not to properly cover election results?

The largely successful efforts of BBC Scotland staff to pull together a wide ranging and engaging election package was completely undermined by their  bosses’ baffling decision to pull the plug on Friday before key results had been announced.

This was just weeks after the announcement of the death of Prince Philip triggered an immediate scrapping of planned programming on all its platforms.

Yet vital Scottish election results were not deemed important enough to extend coverage.

It was a miserable indication of the limited ambition of those in charge of the so-called national broadcaster north of the Border.