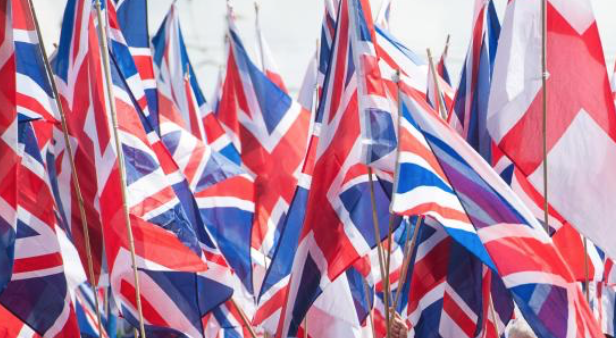 British nationalism is on the rise and that there is a certain policy direction that goes hand in hand with it. Brexit is not the cause but a symptom of a generational change in attitudes towards what it means to be British.  Soon after the 2014 Independence referendum I wrote in my  newspaper column for The National that Yes and No, not left and right, were the new dividing lines in Scottish politics, and tactical voting by Labour supporters, successfully returning enough Conservative MPs in marginal Scottish seats to stop Corbyn becoming PM, seems ample proof that I was right.

I now wonder if British nationalism is the new dividing line in English politics? Brexit isn’t just a Tory backbench, right-wing revolt. Ukip were, for years, way to the left of Labour on most issues and many Labour heartlands voted Leave. The Conservatives, for their part, sought to play the British nationalism card and sucked the lifeblood out of Ukip, only to find themselves infected by it. Hence why neither of the two major UK parties have the stomach to stop Brexit, despite the rising weight of evidence suggesting that it would be wise to do so.

I have written before on the polemic distance between Scotland’s civic and internationally focused home rule movement, and the politicians who are resentful, isolationist, often xenophobic, resurgent British nationalists. Nationalism is a complex beast and many people find it hard to define the differences between Scottish and British nationalism.

The key difference is that the UK is already an independent nation and Scotland isn’t. One is a movement to project a nationality as better than others; to put the “great” back in Great Britain, to take back an imagined loss of control. The other is a cry for nationhood and the benefits that go hand in hand with that, giving us a chance to be equal to, not better than, other nations.

It always amazes me when most Unionist spokespeople start off by saying how patriotic a Scot they are. Then they spend the next hour slagging Scotland off, putting its people down and underplaying our economic potential. In other words, they only feel proud to be Scottish as that Scottish status is their ticket to being British, which they feel to be a superior national identity. I kind of get where that comes from in older people who remember WW2 (even as children) – the Union’s bond of Empire died long ago and WW2 kept it alive for a few more generations.

Thatcher (unintentionally) began the process of loosening the United Kingdom’s bonds, not because Scotland didn’t vote for her (many did at first), but because she moved the economy away from manufacturing towards services and made London’s financial sector the key driver of economic growth. Rapid centralisation of wealth opportunity and power followed, and that attracted the young and ambitious from the rest of the UK. London’s success relied on draining the ingredients of prosperity from the UK regions, none more than from manufacturing dependent Scotland.

Devolution then widened the cracks and reawakened the slumbering beast of English nationalism. Holyrood gradually led to increased belief in Scotland and demands for more powers. Recently, England started to notice that it wasn’t reforming democratically, improving economically and growing in influence. “Where is England’s parliament?” “Why don’t we have proportional representation?” “How come they get a vote in England but we don’t get votes there?” It was an easy step from those questions to ask “how come the EU gets to tell us what to do?” And when the UK economy crashed in 2007, and austerity stalled wage and economic growth, Scotland and the EU seemed like easy outlets for rising resentment.

Here, however, the complexities of old-fashioned nationalism took another twist. England’s political dominance of the UK meant that they had no need for nationalism. When it all started to go wrong and the politicians had no answers, clueless politicians sought to blame someone; immigrants and the EU were ever an easy target but Britishness had changed. Devolution, as many as 45 per cent supporting Scottish independence, Northern Ireland and Scotland voting Remain – the bonds and the cultural ties of the old Union had weakened and so English nationalism rose to become interchangeable with Britishness. This in itself need not be a bad thing; national pride is not a negative, it’s how politicians such as Johnson, Gove, Davis, Fox, Farage and others are weaponising it that provides the negative. Make no mistake, English nationalism will dominate future UK elections every bit as much as Scottish nationhood does here.

Federalism with an English Parliament and democratic reforms, such as closing the House of Lords and adopting a proportional representation for Westminster elections, would have kept the Union together for longer. Now the cracks in Great Britain are obvious and are just waiting for a concerted effort to prize the UK apart.

Back home in Hexham over Easter, I sat listening to my Scottish mum (whose maiden name was Wales), telling my son (who is part Irish on his mother’s side) about our family tree research uncovering a Cossack who rode with the White Army against the Bolsheviks. She fled to Scotland to become an opera singer and married into the MacIntyres, and it made me wonder, with Viking and Norman ancestry on my father’s side too, what makes a genetic mongrel like me feel Scottish?

It’s definitely not anything to do with my genes, or thoughts of heady days of kilts and broadswords. It’s sure as hell not anti-English or anti-anyone-else for that matter. It’s more that I have a heartfelt belief that Scotland can be better, fairer, more prosperous, happier, healthier and more internationally connected nation than the UK is, or can ever be. It’s not Brexit that’s the problem, it’s what Britishness is becoming, whilst Scottishness is becoming a positive cultural identity, open to all races and nationalities.

This gives those who feel Scottish and British a problem, because that’s an identity no longer in step with Britishness.

Leave a Reply to Dw1 X