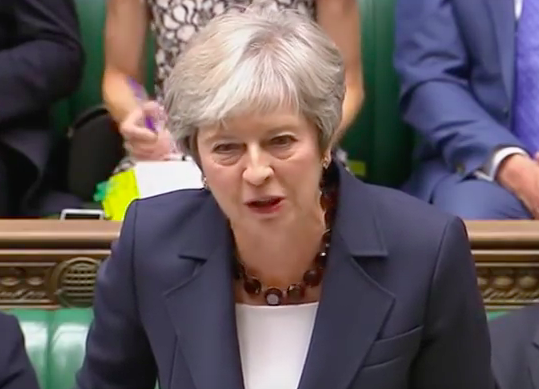 This week the SNP has set out its programme for government. As you would expect, the Scottish Greens called it timid and lacking ambition, and the others basically echoed a “there’s nothing new” sentiment. Truthfully there isn’t much to get excited about in the Government’s plan, but that’s to be expected with Brexit uncertainty and limited powers to wield.

The Scottish opposition parties have presented the Scottish Government with an open goal. By supporting the Scottish Parliament’s attempt to legislate to retain the EU powers (they had to), Labour and the LibDems must now also back all reasonable and thoughtful demands for additional powers or look weak when it comes to standing up for Scotland. The Tories, by conceding those EU powers, flip-flopping on Brexit, and through party in-fighting, have shown that they are an incohesive one-trick pony.

The Scottish Government needs to start being more assertive with Westminster whilst it’s on the back foot over Brexit, and start to demand (not ask) for additional powers. Not powers for political point-scoring, but powers for a purpose. For example, the Scottish Government already has control over agriculture, forestry and fishing, but much agriculture and fishing policy is shared with the EU. It’s one thing to say: “Scotland was promised those powers by the Leave campaign,” but it’s another to say: “Here is how we will radically improve fishing and agriculture after Brexit when we get those powers.”

Demanding powers such as they have done recently on immigration is a solid start but the message was wrong. Soft power examples along the lines of “Peta, a nurse from Poland, is worried she may have to go home after Brexit” don’t work –people have their own problems and want to know what’s in it for them.

Tell people we need immigration powers to create a radically better solution – not just a mantra of open borders but a plan to bring the right type of people to Scotland so our economy will thrive, and to provide the right level of health and social services.

We want talented and qualified people to fill the skills gaps in our economy and our public services and if they come with a young family then all the better, because we need more young people. Admitting that there is good and bad immigration, and coming up with a points-based system recognising that, and differentiating ourselves from the rest of the UK, isn’t populist, it’s just common sense. Likewise it’s unacceptable that Northern Ireland has control over corporation tax and Scotland doesn’t. Sixty-two per cent of Scottish voters believe the Scottish Parliament should control that tax. We need to say: “Let’s revolutionise how corporation tax benefits society”. 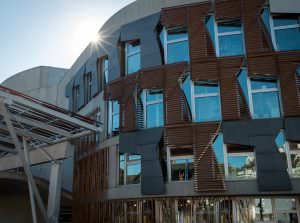 By highlighting what Holyrood would do with the powers, Westminster is shown to be impotent

The Scottish Government could say there will be no cuts to corporation tax in Scotland unless you earn them by paying the living wage, hitting gender balance targets, increasing apprenticeships and training, increasing exports and other outputs that match Scotland’s economic goals. If companies do this they can pay less tax than their English counterparts, but our economy will be booming and government revenues would be up significantly as benefits costs, health costs and youth unemployment fall. Regular readers will know I call that a Benefit Corporation Tax Credit System and maybe soon someone in the Scottish Government will find the backbone to start making radical suggestions that will spark the public’s imagination. “Ah so that’s what they want independence for, why didn’t they say?”

There are some easy wins – there is 55% support for the Scottish Government to control pensions, and the UK offers the lowest pension in the developed world as a percentage of final earnings. What would Holyrood do with that power?

Sixty-five per cent of people think Scotland should have power over Network Rail and therefore railway infrastructure investment. How could we improve that?

Sixty-five per cent think VAT should be devolved. Could we reduce VAT on tourism-related activities, encourage overseas tourism and boost the rural economy like Ireland has?

Indeed when asked: “Should the Scottish Government control all areas of government policy except for defence and foreign affairs?” 65% say yes (don’t knows removed), and that is a pretty radical suggestion. Wait a minute, defence and foreign affairs? That’s nuclear weapons and illegal wars and Brexit and trade deals right? Is that all that really stands between Holyrood and independence?

Sure, the UK Government will say no to the power demands again and again, but that’s fine – make them say no. Force Westminster to say no to a dozen reasonable demands for more devolution in areas the Scottish public want devolved (and often mistakenly think are already devolved). Give examples of how the Scottish Government will introduce improved policies with the new powers to give Scotland an advantage, and explain how this benefits the voters themselves – better services, cost reductions – and tell them what’s in it for them.

After Theresa May has said no a dozen times and taken the Scottish Government to the Supreme Court to strip it of its rightful powers returning from the EU, then it will be time to demand a Section 30 order for a new referendum and let them say no to that again.

By then the people of Scotland will understand that Holyrood is the government that wants what’s best for Scotland – Westminster is the one that just says no to Scotland.

Read more: BfS has three key asks of the Scottish Programme for Government