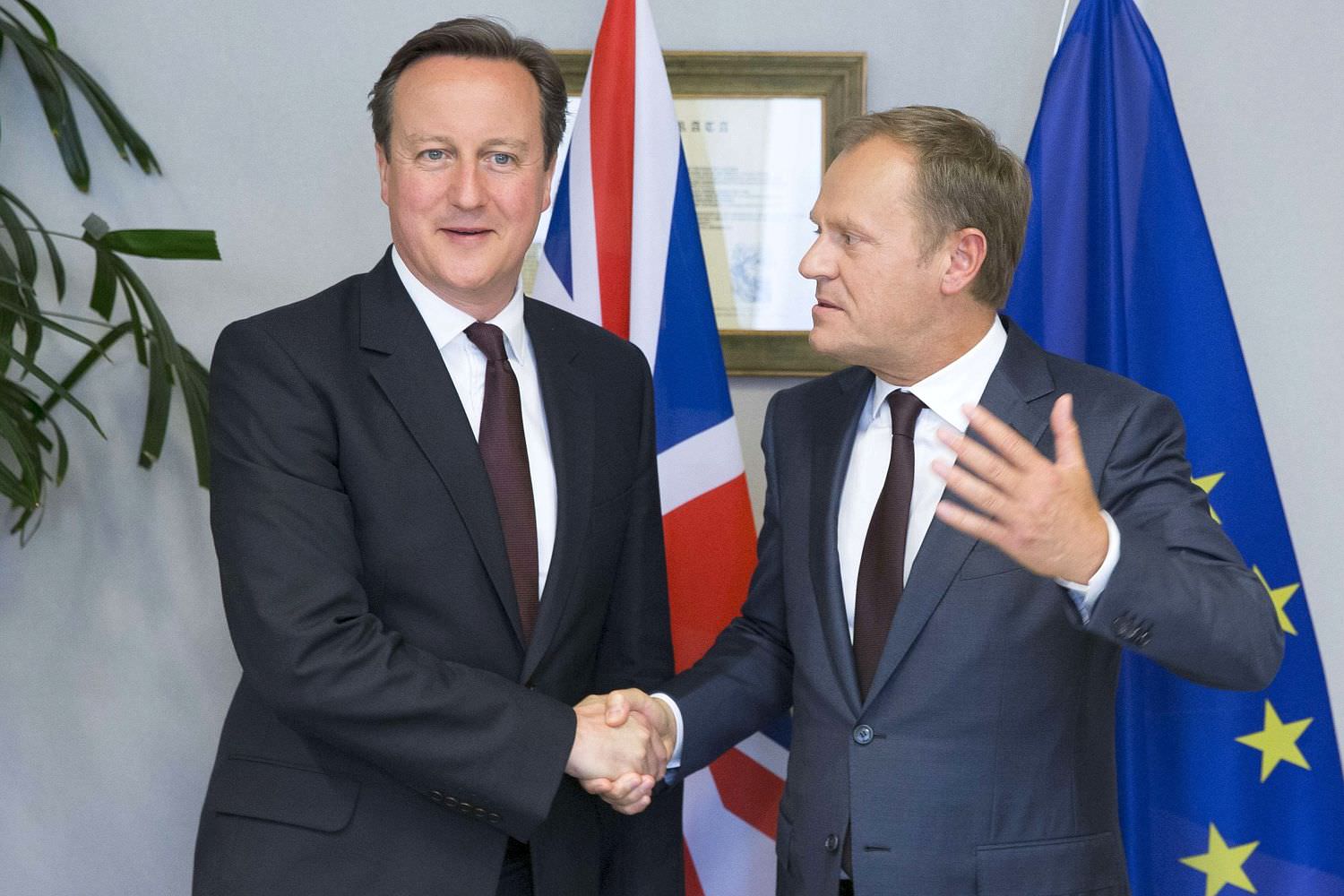 LATE last year, Downing Street started floating the idea of an early EU referendum with the press – toe-in-the-water type stuff. Since mid-December, rumours of a June referendum came to the fore and in the past few weeks the date of Thursday, June 23, has been mooted by Cameron himself in private meetings with Tory and EU-friendly media. Even the Daily Record has been pretending to have a crystal ball, putting June 23 on its front page on Tuesday (19th January).

It ain’t a prediction, it’s a briefing. There is still the danger that Cameron will have a Douglas Alexander/Gordon Brown moment and having briefed the press on an early referendum, back out if the see the polls move against him. If Cameron backs off now he will lose all credibility and gift the Leave camp time to generate momentum. His plan is to win four concessions at a special EU summit in February which he hopes will create a boost in the polls for the Stay camp and then he will run a short campaign on the twin messages of “look, I have sorted the EU and will do more in future” and a “Project Fear-style campaign” predicting mass job losses if we vote to leave – it’s a risky strategy as he might lose.

Nicola Sturgeon has pointed out that an EU referendum only weeks after the Scottish  Parliament elections would get in the way of that election.  She is right but that’s actually Cameron’s plan. Labour and the LibDems are on their knees in Scotland and he wants to present the Tories as the strong protector of both Unions. He hopes to have an SNP-style effect on the 2014 No voters and gather as many No voters in behind the Tories as he can, making them the opposition in Holyrood. Hence their Holyrood campaign message that they are the party of the Union. He also knows that the Leave camp are more vocal and motivated to work the streets so he wants to go early before Leave’s grass-roots campaign gains momentum.

Sturgeon argues that a short campaign will mean the complex arguments, facts and figures required to educate the electorate on the benefits of the EU won’t have time to sink in but Cameron has no intention of running an intelligent and positive campaign. If you are running on “change is risky” scaremongering and a hollow promise of reform, the longer the campaign the better for your opposition – why change the formula that won in 2014?

Ironically, another key reason to go early is economic uncertainty and a potential fall in inward investment. In 2014, it turned out to be a record year for inward investment in Scotland, disproving the Better Together uncertainty scaremongering. But investors knew back then that an independent Scotland would do well and would stay in the EU, so there was no real risk. However, those same investors now see a real risk of a Brexit, and inward investment to the UK depends on continued easy access to EU markets. The markets are spooked and the pound is weakening against the euro and the dollar. This will create inflationary pressures on imports at a time when the consumer spending which has driven what growth we have had looks set to slow down as people reach personal borrowing levels that are not sustainable if interest rates rise as inflation grows.  One final reason for going early is the knowledge that Scotland voting Yes to the EU but being removed by English votes would create a constitutional crises for the UK. If there is to be another Scottish Independence referendum after a Brexit Cameron will want it to happen whilst oil prices are low as the Union has no other weapons left but more economic fear.

Cameron’s strategy has two main flaws. The first is that whatever deal he does it will be nothing more than a meaningless collection of promises without a European treaty change before the referendum – and there won’t be one. February’s European Council meeting can only produce a guideline agreement and the European Court of Justice could overrule or unpick any deal as it would have no legal substance. In other words, Cameron’s deal will be a vow from EU heads of state and all 27 of them could veto any element, should circumstances change or should they just wish to concede small beer now and blackmail the UK with a veto after the referendum. This problem will be exploited by the Leave campaign and that leads me to Cameron’s second problem – he might not win.

All of this was utterly predictable as I wrote back in March 2013: “By announcing an EU referendum, Cameron is trying to cut off the flow of Tory voters to Ukip (stage one in the “how to win the next election” playbook). If Labour don’t also offer an EU referendum then Cameron will take vital votes back from Ukip in the last few weeks of the campaign and might even get a majority. He may, however, struggle to win the EU referendum that follows. Short-term gain, long-term trouble”.

And struggle to win he will. Scotland being dragged out of the EU against our wishes would trigger a constitutional crisis given that a commitment to continued EU membership was fundamental in delivering the 2014 No vote. The latest English poll has Leave leading on 53 per cent so Cameron hopes the February deal will reverse the Leave camp’s momentum and re-establish a defendable Stay lead of five-10 points.

Ukip leader Nigel Farage, seen (inexplicably) as an English political ‘big beast’ who can hold his own on the EU issue.

In Scotland, where the Stay vote sits as high as 65 per cent, we have Nicola Sturgeon and a united SNP leading that camp with support from most newspapers and business voices, including Business for Scotland. The Leave camp has David Coburn of Ukip and a few isolated right-wing Tory eurosceptic business people – advantage Stay. In the rest of the UK we have Cameron, a watered-down EU vow, an uncommitted Labour leader and the anonymous LibDems but a press and a London and south-east finance-dominated business community split right down the middle. Several Tory Cabinet ministers will seek to undermine Cameron and the Leave campaign will be led by Nigel Farage who, inexplicably (in England), is seen as a political big beast who can hold his own against anyone (at least on this issue) – advantage Leave.

Much could happen politically and economically so it’s too early to call but a Sunday Times poll last weekend found 54 per cent support for Scottish independence if Scotland was dragged out of the EU against its will. Under such circumstances, Cameron would probably be replaced by Boris Johnson who would then take at least two years to negotiate the UK out of the EU. If Scotland wanted to become independent and maintain continuous membership of the EU we would have to hold a referendum while the UK was still a member. That could mean a 2018 independence referendum or, if the negotiations take longer, 2020 at the latest – just months after the new Tory Westminster majority under Prime Minister Boris Johnson and months before the 2021 Scottish election.