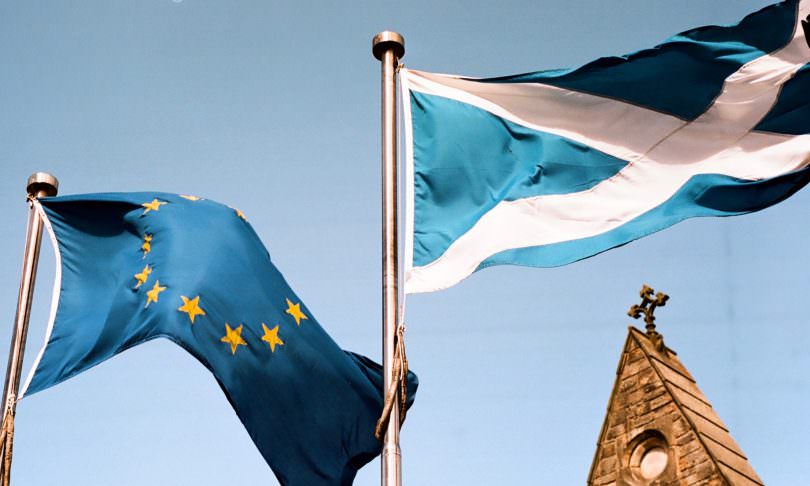 With Brexit day looming, Scotland is about to experience the consequences of leaving the EU, even though the people of Scotland voted overwhelmingly to remain.

The outcome of Brexit and the impact it will have within society is dependent on the type of Brexit that is agreed upon. The UK has a deal to leave but not a trade deal, as that must be negotiated next and before the end of 2020.  Therefore, it is still possible that what is known as a hard Brexit could still happen. Before highlighting the consequences and potential impacts of Brexit, we must understand the various forms Brexit could take.

The potential forms of Brexit

Is a hard Brexit (managed or no-trade deal) still possible?

Is a soft Brexit (a trade deal Brexit) still possible?

Are the people of Scotland at risk?

Any type of Brexit will negatively impact the economy and if this leads to cuts in public services it will be hugely damaging for the most vulnerable individuals in Scotland, particularly those who have fewer economic resources, lower incomes, and those who are more reliant on public services. This would be most likely under a hard Brexit, managed or unmanaged, with this form of Brexit being more likely than a softer Brexit to result in the loss of legal rights and welfare standards.

Nearly 40% of households in Scotland are considered ‘financially vulnerable’. Therefore, a negative impact on household finances, such as smaller UK economic growth, which has been predicted as an outcome of any form of Brexit by the Treasury, could put additional pressure on such households and families. The OECD have stated that even if there is a smooth transition ending after December 2020, GDP growth is expected to remain weak, with activity growth of just above 1% in 2020 and 2021. This demonstrates the potential economic danger of Brexit for those who are already financially vulnerable. 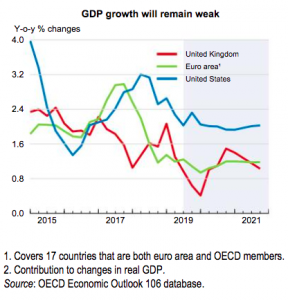 Could Brexit impact YOU?

So, how severe could the impact of Brexit be on different groups of people in Scotland? The following paragraphs look into the impact it could have on vulnerable groups such as women, children, young people and disabled people. The impacts mentioned are dependent on the type of Brexit deal that is agreed and some of the UK Government’s decisions, such as committing to non-regression for EU rights and protections and signing up to the EU’s shared information systems to protect rights.

Brexit may have serious consequences on women across the country. In fact leaving the EU, which according to Professor Roberta Guerrina has been “a very positive actor in the development of gender equality policies in the U.K.”, may result in women being hit the hardest by Brexit. For example, the right to non-discrimination, contained in the EU Charter of Fundamental Rights, could be lost. Moreover, secondary EU legislation on rights to protection during pregnancy and maternity leave, working parents’ rights, and (due to more women working part-time) part-time workers’ rights could all be diluted or removed by the UK Government after Brexit.

Brexit also puts the young people of our society, an already vulnerable group, into a position of increased uncertainty and risk. For instance, Boris Johnson’s election victory has already weakened the guarantee, that the government would seek agreement with the EU to ensure that unaccompanied children could continue to come to the UK to join a relative.

There is also the potential that child safeguarding and protection measures could be lost. This includes measures that aim to prevent child trafficking, child abuse and child sexual exploitation. This is a possibility if the UK discontinues membership of Europol, Eurojust and the European Arrest Warrant Scheme.

Child poverty is likely to rise as a direct result of Brexit. Cuts in public services, rising inflation, a continued freeze on children’s benefits and tax credits and rising living costs (including food prices, rent and utilities) are all expected outcomes of Brexit and would likely cause a rise in child poverty.

Disabled People (including those with long-term illnesses)

Similar to women, disabled people could also lose the right to non-discrimination (contained in the EU Charter of Fundamental Rights). Disabled UK nationals, living or travelling in other EU countries, could lose their entitlement to free or reduced health care.

Another potential impact that would affect disabled people, and particularly individuals with long-term illnesses, would be any medicine shortages or disruptions to medication and medical aid supply chains. This is likely under a no-trade deal Brexit.

Scotland is being dragged out of the EU against its will this week and the potential impacts for the people of Scotland, especially the most vulnerable individuals in society, could be devastating.

The Scottish Parliament has recognised the potential damage of Brexit on its citizens and has refused to give consent to the UK Government’s Withdrawal Agreement Bill.

A pro-EU sentiment is prominent in Scotland. This has been clear since 2016 when 62% of the country voted to remain and it will continue to be demonstrated, with the Scottish Greens marking Brexit Day with the launch of a new campaign for independence and to highlight that Scotland is being unwillingly dragged out of the EU. They will be joined by other pro-EU and independence groups outside Holyrood at the Missing EU Already Rally.

It appears that the only way that Scotland can stay in the EU and single market is to become an independent country. This would allow Scotland to focus on negotiating an agreement to regain membership or access the single market via EFTA, similar to other non-EU members including Norway, Iceland, Switzerland and Liechtenstein.