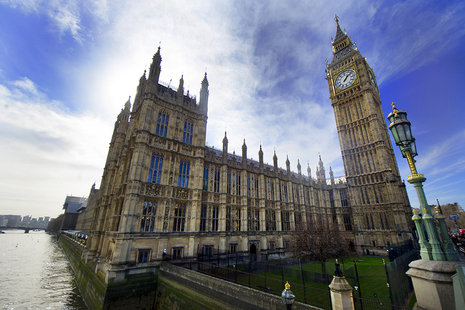 The UK is crumbling, with dissatisfaction spreading through its constituent parts.  Scotland is already heading for the exit and now Wales is not far behind us.

Welsh discontent within the UK boiled over yesterday when the country’s Labour First Minister declared the union to be over.

Speaking in terms we’re more accustomed to hearing from Nicola Sturgeon than a Labour politician, Mark Drakeford said the way Westminster engages with Scotland, Wales and Northern Ireland is ‘’not a satisfactory basis to sustain the future of the United Kingdom’’ .

There is no institutional architecture to make the United Kingdom work 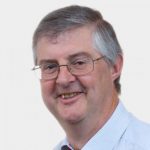 The Welsh First Minister warned Westminster against a  “tweaking of the status quo” and  accused Boris Johnson of undermining the Union through his lack of engagement with the devolved nations.

He described the way the Prime Minister engages with Scotland, Wales and Northern Ireland as  “relatively random’’ and added: “There is no institutional architecture to make the United Kingdom work.

‘’It is all ad-hoc, random, and made up as we go along. And I’m afraid that really is not a satisfactory basis to sustain the future of the UK.”

He criticised Boris Johnson’s “lack of regular engagement” with other parts of the UK and said the Prime Minister had yet to call a meeting of the Joint Ministerial Committee on which he sits with first ministers.

That’s a strange oversight for a politician who has taken on the title of Minister for the Union.

Mr Drakeford described his own relationship with Boris Johnson as ‘’remote’’.

Mr Drakeford told the Commons Welsh affairs yesterday: “I would have to describe my relationship with the Prime Minister as remote. Both in the sense that I’ve met him only once myself – I’ve been at a number of meetings where there’s been large numbers of other people present – and he is yet to call a meeting of the Joint Ministerial Committee of first ministers and himself.

“In that sense I would say I’ve had a very modest level of contact with the Prime Minister. And the remoteness isn’t just in that way, I’m afraid we rarely have a meeting of minds.”

Mr Drakeford’s solution to the ‘crisis’ is one that will be familiar to Scots. He said: “What we have to do …  is we have to recognise that the union as it is, is over. We have to create a new union.

“We have to demonstrate to people how we can recraft the UK in a way that recognises it as a voluntary association of four nations, in which we choose to pool our sovereignty for common purposes and for common benefits.”

Although it sounds dangerously close to Gordon Brown’s redundant vision of a federal Britain which, despite the fact that it has no chance of ever becoming a reality, still has unaccountable currency within Labour circles.

It’s not clear exactly how much support there is in England for the survival of the UK. A poll carried out for Business for Scotland by Panelbase between June 29 and July 3 last year showed a 49% support for English independence.

That’s not exactly a resounding vote of confidence in the future of the UK.