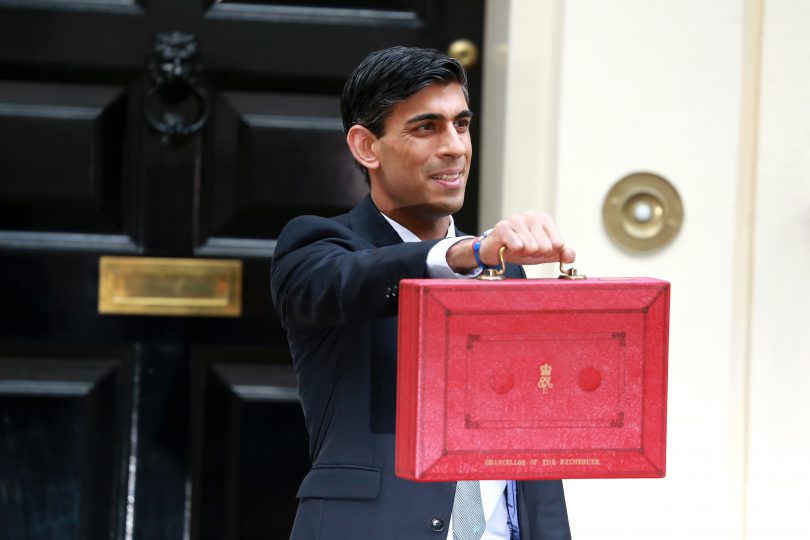 For a chancellor of the exchequer Rishi Sunak did a remarkably good impression of a stand-up comedian while delivering yesterday’s budget speech.

When he was extolling the ‘’benefits’’ he claims his budget contains for Scotland he said: ‘’That’s not a political point … it’s an undeniable truth’’.

In fact his budget was making a huge political point …and it was aimed fairly at stopping the rise in support for Scottish independence.

Sunak’s budget has to be seen in the context of the Westminster power grab, which uses the Internal Market Act to allow the UK government to make spending decisions in Scotland over the head of our own parliament.

Yesterday’s budget included some prime examples of how exactly this will work.  Westminster has already set up what it laughably calls a ‘’levelling up fund’’ , which will rise by £800m for the devolved nations.

Of that the UK government claims Scotland will receive at least  £432m of investment in capital projects.

The Scottish government has highlighted that the levelling down fund has in fact left a £400m hole in its coffers because it will be administered across the whole of the UK.

It has warned that Sunak’s budget signals a return to austerity with its failure to reverse cuts in Scotland’s capital budget and to make a £20 uplift in Universal Credit permanent.

Nor does the budget contain anything to help the Scottish whisky industry or the fishing industry, both facing serious problems because of Brexit.

Analysis by the Joseph Rowntree Foundation, published this morning, shows the chancellor failed to meet five key tests on tackling poverty and could pull 500,000 people, including 200,000 children, into poverty by winter by cutting Universal Credit in October.

The Chancellor also ‘’announced’’ yesterday three accelerated City and Growth Deals in Ayrshire, Argyll and Bute and Falkirk, details of which had already been released.

He  also tried hard to claim the credit for £1.2bn delivered to Scotland as the result of his spending choices in England but since that is the result of the Barnett formula it has nothing to do with him.

The Union Unit has now been abandoned. The focus has instead switched to the Westminster power grab, which also involves slapping the union jack on projects in Scotland funded by the UK government.

The former First Minister of Wales, Carwyn Jones, has described the plan as an ‘’attack on the foundations of devolution”.

The UK spending watchdog also warned yesterday that Boris Johnson’s botched Brexit deal, which has proved so disastrous for the Scottish fishing industry, will shrink the British economy by 4%.

The Office of Budget Responsibility said the deal introduces ‘’significant’’ barriers to trade in services, which accounts for 42% of exports to the EU.