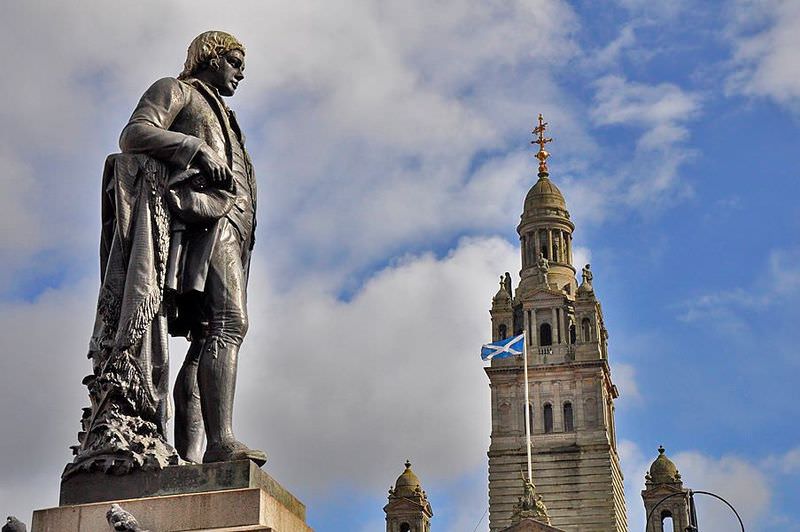 January the 25th is the day Scotland pays tribute to its ‘national bard,’ Robert Burns. This is a well-known fact to the people of Scotland. However, what is not as well known is that, according to recent research by the University of Glasgow,1 led by Professor Murray Pittock, Robert Burns contributes £203 million a year to the Scottish economy and the poet’s brand is worth nearly £139.5 million annually.

The study, funded by the Scottish Government, is the ‘first assessment carried out on this scale.’2 According to the findings, Burns-related tourism, in particular, contributes just under £155 million to the Scottish economy every year. Almost two-thirds, around £121 million, go to Ayrshire in which the poet was born and lived most of his life. An estimated value of £21 million was assigned to Burns as a tourist brand in Dumfries and Galloway where Burns spent the later years of his life. Meanwhile, the value of developing Burns-related tourism in other areas around Scotland has been estimated at £12.3 million.

In addition, it is estimated that Burns-related food and drink spending amounts to £20 million/year. Meanwhile, Burns Night celebrations and other Burns festivals, that take place throughout Scotland, are estimated to bring, each year, £11 million and £7 million, respectively, to the Scottish economy. Research and education on Burns is also estimated to bring £500,000 a year. Burns-related tourism, as the above figures demonstrate, has a significant impact on Scottish economy. 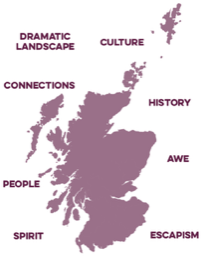 Culture and history are an important part of Scotland’s outward image. ‘Scotland’s historic and cultural icons are strong and distinctive; they are often top of mind for visitors, particularly those who don’t live in Scotland.’ In fact, cultural tourism in general is an important economic asset that Scotland should cherish. As it is stated in the report, in 2018 there was ‘around 24 million visits to cultural and heritage-related sites in Scotland.’

Tourism, as a whole, is an important industry for the Scottish economy, contributing around £6 billion, which is equal to 5% of Scotland’s Gross Domestic Product (GDP). In addition, Scotland’s tourism sector is larger than the Organisation for Economic Co-operation and Development (OECD) averages in terms of employment and GDP. In the 3rd quarter of 2019, 44.05 million trips have been made to Scotland, while visitors spent around £3.63 billion in Scotland. This is a 7.3% increase in trips in comparison with the same period in 2018 and a 25.43% in spending respectively.

However, it must be emphasised that there was a 16.60% decline in trips to Scotland by visitors coming from Europe (including the EU countries) and 15.94% in spending, respectively, in the 3rd quarter of 2019 compared to the 3rd quarter of 2018. This is probably one of the early consequences of Brexit, which is expected to have a wider impact on the sector. According to VisitScotland.org, ‘the Scottish tourism sector employ 21,000 EU nationals, accounting for 11.6% of employment in the sector.’3 This means that the post-Brexit immigration system will have a big impact on whether Scotland’s tourism industry will be able to attract the personnel it requires to function properly.4

Considering the importance of tourism for the Scottish economy, the Scottish Government should ask again for the powers to develop an immigration-system that is tailored to meet Scotland’s needs. Moreover, the Scottish government should adopt the idea proposed in Murray Pittock’s report about raising the Burns brand to levels similar to that of the world-famous composer, Wolfgang Amadeus Mozart. Mozart is estimated to contribute around £5 billion/year to the Austrian economy.5 All in all, there should be a strategical approach to maintain and upgrade Scotland’s cultural tourism as a sub-sector that has a lot of potential to be an even stronger contributor to the Scottish economy.