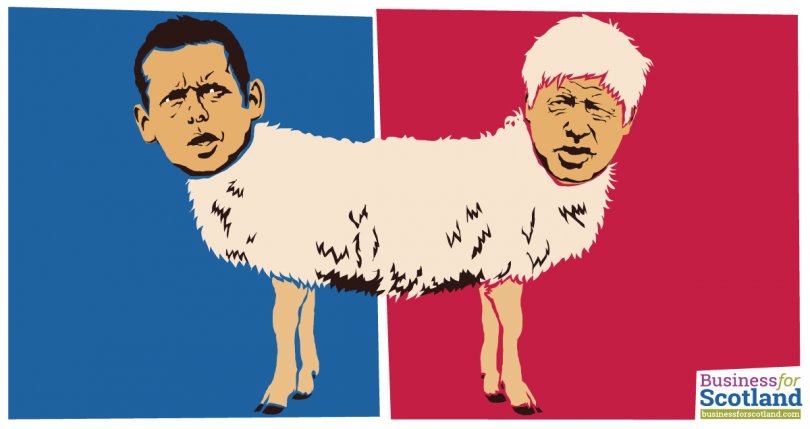 Just a few weeks ago the Conservative Government told its friends in the press they shouldn’t worry, they have this Scotland thing covered. They were going to take a more softly, softly approach to Scotland, be less antagonistic to the Scottish Government.

Barely a few weeks later, Boris Kerfuffle-Johnson put his foot in it, let the pretence slip and declared Scottish devolution was a disaster and that no more powers would be forthcoming from his government. We knew that already; in fact, his government is progressing a Bill that will strip powers from the Scottish Parliament so it can implement the Brexit plans that the people of Scotland so substantially rejected.

Scots overwhelmingly support devolution and more than half are telling pollsters they will vote the SNP back into power in May 2021. Facing an electoral smashing, the Scottish Conservatives know that to be on the wrong side of the devolution argument will cost half or more of their seats in Holyrood. Their new Scottish area leader is trying to reinvent himself as a reasonable populist and to present the Scottish Tories as being on the right side of many of the arguments that left them with no MPs in the late 90s and only one in the first four General Elections of the twentieth century. Douglas Ross has even promised locally sourced milk for schools in a transparent attempt to find an answer to the old “Margaret Thatcher Milk Snatcher” trope. His attempts at populism would be laughable if they weren’t so insulting to the intelligence of Scottish voters.

The Scottish Tories manufactured a temporary rally by triangulating the No vote and getting Lib Dem and Labour voters to lend them their votes in SNP marginal seats. Aware that tactical voting will no longer work post-Brexit and with Johnson in charge, they are now faced with the reality that being a Conservative is once again toxic to the majority of Scottish voters.

So what can they do to save themselves? The answer they have started to discuss – yet again – is that they need to declare themselves independent from the UK Conservative Party. An idea so ridiculously stupid, politically suicidal and naive you begin to wonder if the Westminster Government is the actual brains of the Conservative Party.

In 2011 whilst running for Scottish Conservative Leader, Murdo Fraser came up with this idea of creating a new centre-right party in Scotland – and was soundly defeated by Ruth Davidson.

It was discussed again last year when Johnson became PM and now Peter Duncan, former Conservative Chairman in Scotland, has predicted they will split from the UK party.

The Scottish Conservatives declaring independence would say to Scottish voters that:

As they would still support power over the constitution remaining at Westminster, they would be in an impossible situation if the UK Government was to ignore the democratic wishes of the people of Scotland and keep saying no to a Section 30. Would they also oppose the power grab? Because that would put them on the wrong side of the devolution argument again, which is precisely why they are discussing the Scottish party becoming independent.

If ever you wanted proof that the Conservative party in Scotland is ideologically bankrupt and does not understand the people of Scotland, then this is it. A fresh face does not offer a boost in the polls when the only reason they had any sort of a comeback was through corralling a unionist voting cohort that has now disintegrated. A separate party would not make voters look at them afresh; it would be a transparent charade and they would be bankrupt as they couldn’t raise enough money in Scotland to sustain a pro-Brexit, pro-UK right-wing party with no MPs, only a handful of MSPs and no influence, which is where they would end up.

If the party of the union declares independence and signals that London rule doesn’t work, even the most hardcore unionists will see that the game’s a bogey and independence is inevitable – so maybe they should just go for it.