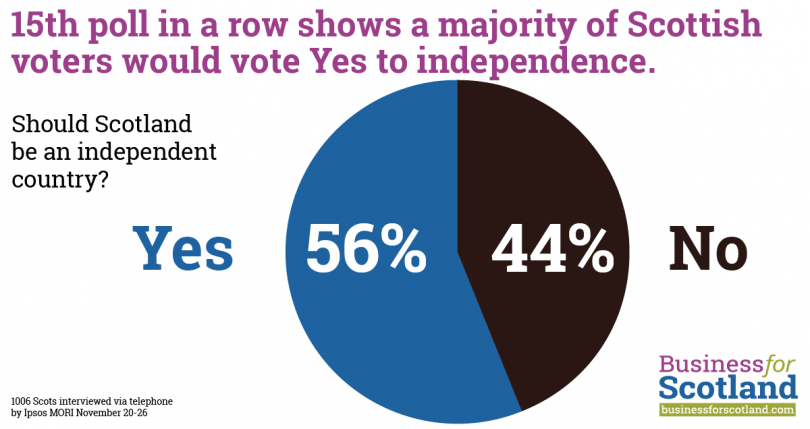 A new poll published today (Dec 2) has found 56% support amongst Scottish voters for independence. This is the 15th poll in a row which shows a majority for Scotland becoming an independent nation.

The poll by Ipsos/MORI poll, which was commissioned by STV, also found that the SNP would win 55% of the constituency vote in next year’s Holyrood elections and 47% in the regional list vote.  That would equate to a 73 SNP MSPs out of 129-seats and an SNP majority of 17.

The Scottish Green party are predicted to win 5 seats that would take the pro-independence majority to 27 in Holyrood next year as the Parliament calls for a new independence referendum with a mandate that cannot be disputed as it matches the 2011 SNP majority that led to the 2014 referendum.

Ipsos MORI conducted the poll of 1006 scots by telephone between November 20 and 26.