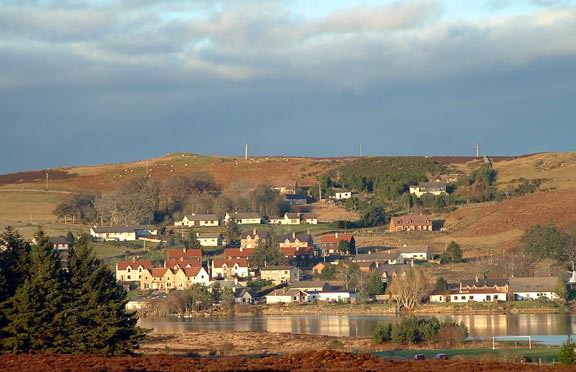 A recent research report from the Office of National Statistics (ONS) suggests that some of Scotland’s remote and rural areas are among the happiest regions to live in the UK. At the same time, The Bank of Scotland Happiness Index indicates similar results, with the residents of the Highlands and Islands being ranked as the happiest Scotland.

According to the ONS, areas such as the Orkney Islands, Na h-Eileanan Siar, and the Shetland Islands have consistently had higher ratings in personal well-being and happiness indicators than the rest of the UK, between March 2012 and March 2019. During the same period, London boroughs of Lambeth, Hackney, Islington and Camden had persistently lower average well-being ratings.

The ONS’ report does not provide a detailed explanation of what drives the ratings in Scotland; it merely offers a few case studies for England and Wales. However, as the Bank of Scotland’s research points out:

The wild landscapes of the Highlands and Islands may appeal to those looking for a more joyful life, as it’s been crowned the happiest place to live in Scotland, up from second position in 2018. Those living in the region highlight its rural nature and a strong sense of community as being key to their positive outlook.

Additionally, according to the Halifax Quality of Life Survey, Orkney is the best place to live in the UK. Among the reasons cited in the report are the area’s high employment rates – Orkney has the highest employment rate with nearly nine in ten (88%) 16-64 year- olds in work – affordable housing, high rates of fairly good health, low crime rates, and low anxiety rates.

Both surveys (ONS and Bank of Scotland) seem to, more or less, agree that the Highlands and Islands region of Scotland is the one that performs better when it comes to overall well-being and happiness. Nevertheless, this does not seem to be the case with Scotland’s major cities (those with a population over 100,000) and especially with Glasgow.

In particular, in the Bank of Scotland’s research, the Glasgow region has the lowest score in happiness in all of Scotland with 38.5 in 2019, a decrease of 1.8 compared with 2018. On the other hand, Glasgow fares quite well in the ONS’ indicators having the 3rd highest score in the Life Satisfaction, and Worthwhile indicators, the fourth highest in the Happy indicator, and the second lowest Anxiety levels. This may be due to the way the surveys were conducted and the way data is analysed.1

We have emphasised, in a previous article, the need for Scotland to follow New Zealand’s example and become a well-being economy; an economy that is based on the idea of ‘quality of life and flourishing for all people and sustainability for the planet.’ It is quite obvious why it is important for Scotland, and any other country for that matter, to develop into a well-being economy and we have been advocating for such a transition for years.

In an era of global political uncertainty, under the threat of a global catastrophe of unprecedented scale due to climate change and global warming, an immediate and effective political response is necessary. If the obsession with economic growth measured in terms of Gross Domestic Product (GDP) is to be seen as a outdated way of measuring the wealth of a country and contemporary research shows that it should,2 then the transition to a wellbeing economy is not only necessary but expedient.

It is promising that the Scottish Government has taken the first steps towards this transition with the introduction of the National Performance Framework (NPF), which ‘explicitly includes ‘increased wellbeing’ as part of its purpose.’3 Meanwhile, joining the Wellbeing Economy Alliance, alongside countries such as New Zealand and Iceland, is certainly another step towards the right direction.

1 For instance, Bank of Scotland’s survey was based on one question asking people to basically rate their own level of happiness, while the ONS’ survey had four different questions.

2 For example, the inefficiency of GDP as an accurate measure of a country’s wealth is emphasised by the research of the Wellbeing Economy Alliance, while there are several academic articles and books that discuss the matter more thoroughly. You can contact the author for more details if you wish.

3 The NPF is Scotland’s wellbeing framework that has 11 national outcomes and 81 national indicators to measure how well Scotland’s economy is performing in terms of wellbeing.