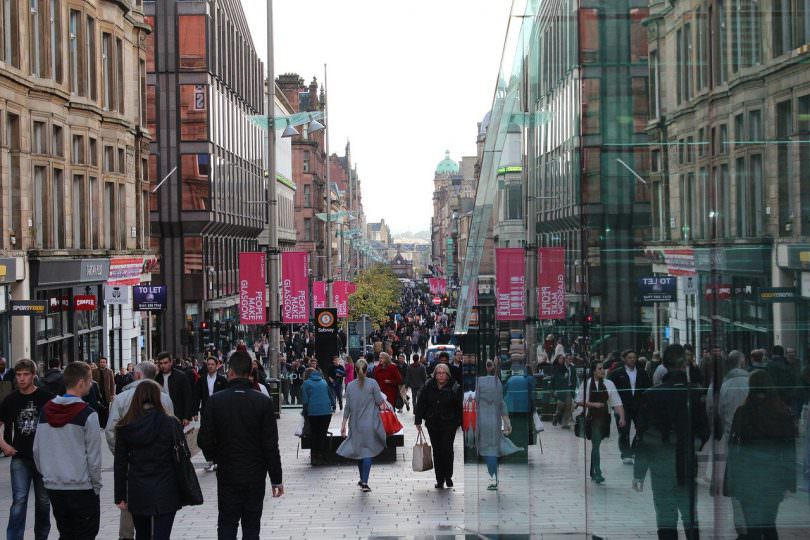 The UK Government’s response to the banking crisis was an enormous round of QE to bail out the banks. Through the issue of government bonds, the UK Bank of England and the UK Government created £435 billion in new money up until the last round in 2016.

Coronavirus, or rather the drastic changes to our social behaviour it demands, will almost certainly cause the UK economy to enter recession and this time the people will also need a bailout. Let me be clear, support for the hardship caused by coronavirus cannot just go to corporations. If the people are left unsupported then the economy will crash.

Most commentators are not talking about recession yet. The conversation is understandably still about health and not economy-related. Those that are contemplating the economic fallout seem to think it will not be as much of a problem as the financial crash, but they are wrong. Orthodox economists think of the economy as a numbers game. They fixate on the financial system and support to businesses but misunderstand just how important social behaviours are to economic health. 70% of the economy is based on household spending, the money in your wallet, or, more often than not, on your credit or debit card.

QE was generally believed by orthodox economists to be inflationary, and so the new money created in response to the financial crash wasn’t allowed to reach the public. It went to the banks and asset holders (the rich). Therefore, the increase in the money supply didn’t impact on demand in an inflationary way. The rich got richer and the poor had to live with the impact of austerity on the public services they relied upon. People spent less, wages stagnated and more and more people had to borrow to live and so we now have a ticking personal debt time bomb and coronavirus have moved the timer a lot closer to zero.

It is true that if the public spends more during normal economic times then demand for goods rises, and so do prices. That’s inflation. QE for the people right now, however, shouldn’t cause inflation, as all the other inflationary pressures at the moment will be pushing the other way as we enter a recession.

Businesses can’t pay wages if money isn’t coming in, so expect redundancies across all the worst affected sectors. Amazon, the supermarkets, and Deliveroo might need more people but many of those jobs will be lower paid than the ones lost.

So, now we get to the real problem – the poor, the working poor, the sick and the indebted.

Make no mistake, the UK economy is fragile due to a combination of austerity slowing growth and wages, and the economic impact of pre-Brexit. The public are the foundation of the economy and too many of them are indebted, underpaid, have no job security or even guaranteed hours. Therefore, they must stop spending and that guarantees a slowdown.

There is no UK safety net and other nations are doing more than the UK to support the public.

UK Statutory Sick Pay (SSP) is £94.25 per week if you’re too ill to work and employers have to pay that for up to 28 weeks. However, not everyone is eligible for SSP.  Zero hours workers can only claim SSP if they have earned, on average, at least £118 per week (before tax) for the past 8 weeks. https://www.gov.uk/statutory-sick-pay

Italy has suspended mortgage payments and banks are offering debt holidays to small firms and families.

What is required is a two-prong QE approach from the UK Government:

The UK Government needs to act now, to avoid the hardship that large sections of the public will experience. This isn’t business as usual and you can’t simply expect to bail out a few big corporations and the banks and hope that will be enough – it won’t be.

We can’t wait and see. The UK Government may have its hands full with the immediate health needs of the nation, but pretty soon the economic wellbeing of the country, its people and the very fabric of society will be under threat if the lockdown lasts till spring or beyond. That now looks inevitable.

On top of the £330 billion already announced for businesses, we need £50 billion now, with the option to raise more within the next twelve months if needed that will be ringfenced for personal support in the form of tax rebates and debt forgiveness. This would allow the UK Government to make a commitment to match and better the best practices of other nations on alleviating personal hardship and introduce a package of personal debt forgiveness for those in hardship and those who are paid less than the real living wage, which should be made mandatory from now on with Government support declining over time.

QE for the people, under these circumstances, will not be inflationary because of the natural counter inflationary pressures of the crisis, slowing demand due to lower incomes and a focus on staple foods and necessities for which supply will be increased. The weakening of the pound will have an inflationary impact but currency valuations will eventually reflect the market’s analysis of how economically exposed to the virus each sovereign currency holder is.  The ability to utilise QE independently will strengthen the pound eventually (assuming we don’t now go ahead with Brexit at the end of the 2020 transition period).   The Scottish Government must pressure the UK Government to investigate these measures now and not wait until it’s too late. The UK Government must also seek an internationally co-ordinated response so that everyone is operating to the same rules, maintaining international economic cooperation and interconnectedness.

And finally, basic income as part of a guaranteed wellbeing agenda must now move to the top of the research priority list. The current economic model died in 2007 but with no system-wide economic theory to replace it, we have carried on flogging the dead horse called globalised neo-capitalism.  Let’s trial basic income now, it might be all that can save the economy. Imagine another similar pandemic next year, we would have system-wide collapse that will threaten food chains and the very fabric of society – maybe that’s worth scenario-planning for?