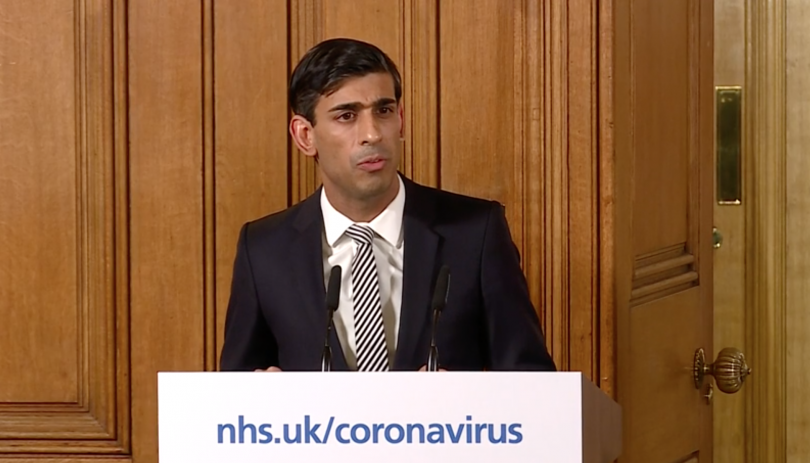 UK Government has acted along the lines we suggested in this article and you can read our initial analysis of tonight’s announcement via the link above.

The UK Chancellor, Rishi Sunak, has announced a £330bn loan package to allow companies to access loans, a business rates holiday, support for airlines in trouble and help for small firms without loss of income insurance.  There will also be a £20 billion package of other support which remains undefined right now. There will also be a three-month mortgage holiday available to homeowners who have trouble meeting their payments due to the impact of coronavirus. On the face of it, this looks like a good start. However, the UK Government has a track record of targeting its bailout strategy at the wrong recipients. The banking crises bailout went solely to the banks and asset holders. As a result, the rich got richer and the poor got poorer, and then we all had to pay for that bailout with a decade of austerity. The government neglected ordinary people during the banking crises and simply helped the banks. This time around it looks like they will repeat that mistake but also fail to adequately support small businesses and sole traders who will be amongst the worse hit.

Firstly, let’s recognise the fact that the UK Government doesn’t have easy access to £350 billion of funding. Therefore, as in 2009, the government will have to use Quantitative Easing (QE), the creation of new money, to pay for this support package. Secondly, the package provides cover for the government to bring in more austerity, a philosophy which matches the Conservative fiscal approach verbally (and somewhat falsely), abandoned in the run-up to the 2020 General Election. Finally, £330bn may seem like a huge sum. However, it is not going to be enough because they will also have to bail out the people, not just the banks and big corporations this time. You can read my thoughts on this in my article: “This time the people will need a bail-out”.

How coronavirus will damage the economy

We are in week one of radical social distancing measures. Already many people are experiencing drastic income reductions that will not be alleviated by standard business support mechanisms.

If you are working from home, do you need a dog walker or a cleaner? Are you still going to the dentist for teeth whitening or a check-up when you don’t need to? Are you going to get that eye test? What about going to the gym with those sweaty handlebars on the bike? That session with your personal trainer? Do you even want the joiner to come in and fix the door, or can you live with it for another month? Self-employed people are in trouble in a way that they were not during the banking crash.

That alone might be enough to cause a recession, but are you going to buy that designer jacket now? Are you booking a holiday? Are you going to the pub and out to restaurants much? Will you even be allowed to within the next few weeks? Airlines and holiday businesses are all in survival mode (death spiral might be more apt). As are pub and restaurant chains and any business that involves high touch customer contact, including dentists, chiropractors, tailors, the UK’s 15,000 personal trainers and business training providers. Taxi drivers will have no customers when the lockdown starts and that’s just the tip of the iceberg.

Some Examples on how other nations are approaching business support

Some good initiatives but nothing spectacular and all very peacemeal. Each nation will have partuclar needs but an internationally coordinated effort and agreemenet on hw to respond would have a calming effect on markets and that should be a priority.

The problem with the UK approach

It seems that self-employed people are not going to be helped by this package and that’s a huge part of the economy left to fend for itself.

The UK Government (so far) is urging people not to go out. However, it is not ordering the closure of pubs, concerts etc. which means that some companies’ insurance packages won’t cover losses and more importantly it means that the UK Government isn’t responsible as it has not mandated actions that will lead to revenue loss.

A small to medium-sized business whose income collapses but still has to pay wages is likely to take out a Government-backed loan. Even at a low rate of interest, this company will be in a worse financial state than it was before the loan. A hotel that pays out £10k a month on wage costs takes out a £30k loan at 3%, but has no income for three months will not be able to pay back that loan. Yes, the hotel will have a rates holiday but likewise, how do you start paying again when you’ve had no income for months?

Unless the money is made in the form of grants and administered through councils, not banks, or that debt forgiveness for smaller businesses becomes an accepted part of the package, all the UK Government will have done is kick the mass insolvency problem a few months down the road.

The vast majority of the £350 billion will clearly go to large corporates in the form of a bailout that they will not need to pay back, airlines so they don’t go bust, and banks to underwrite the loans. It will not reach the ordinary people and will not really reach that many small businesses. Small and medium-sized businesses are a huge part of the economy and must be able to access the £350bn in line with the percentage of jobs they provide and that is 60% of all private-sector employment.

The UK Government doesn’t understand the economy and its purpose of sustaining society. They think they understand the finance sector, the stock markets and the city of London and that’s the focus of all their economic policies. Small to medium sized businesses are the backbone of the economy and they are going to be ill-served by this government.