The Scottish Government’s “Scotland’s National Strategy for Economic Transformation” published this week sets out a plan for a fairer society, with an emphasis on well-being, reducing poverty and building on opportunities in fast-growing green sectors.

The strategy notes many important levers are not yet in Scotland’s hands. But it aims to “reorient our economy towards wellbeing and fair work, to deliver higher rates of employment and wage growth, to significantly reduce structural poverty.”

From our inception in 2011 Business for Scotland has stood for a fairer, wealthier, and greener economic approach. We called this the ‘Wellbeing economic approach’ it is core to everything we campaign for, and it is the core of the Scottish Government’s new economic strategy.

We presented evidence across several meetings to the Sustainable Growth Commission (SGC). However, we felt that our thinking was largely ignored. So, we dug deeper and presented more evidence over time to the Scottish Government. In 2020 we set out to define the values of a Wellbeing based socio-economic approach and how those values could guide the Scottish Government’s economic policy. https://www.scotianomics.org/public-attitude-toward-wellbeing-economics-in-scotland/

With Kate Forbes in 2021 being named not only Cabinet Secretary for Finance but also the Economy we have seen a step-change in the Scottish Government’s willingness to adopt the more progressive and entrepreneurial Wellbeing agenda.

In November last year, our Believe in Scotland campaign teamed up with The National Newspaper, The SNP, and the Greens to distribute one million copies of our Wellbeing vision and now that vision has become the foundation stone of Scottish Government economic thinking and that’s really welcome.

5 things you need to know

1) Moving to a “Wellbeing Economy”

The report notes that Scotland is already leading this agenda on the international stage as a member of the Wellbeing Economy Governments network with New Zealand, Iceland, Finland, Wales, and Canada. “A wealthier economy and a fairer economy go hand in hand: the most productive economies in the world also score highly on wellbeing indicators.” It rejects “the narrow pursuit of growth at all costs, without resolving the structural inequalities in our communities or respecting environmental limits”.

While traditional metrics like GDP will remain important, the strategy commits to a new Wellbeing Economy Monitor. This will include measures such as health= life expectancy, mental wellbeing, child poverty, greenhouse gas emissions and biodiversity.

The document notes Scotland is home to global leaders in tidal energy, the hydrogen economy, space, the blue economy and sustainable farming and forestry.

Renewables are a particular strength – but Ofgem is singled out for criticism. “Scotland enjoys a quarter of Europe’s wind potential…however at a very practical level, the expansion of our energy sector is constrained by the energy regulator’s decisions on charges for access to the power grid that disadvantage Scotland’s energy-producing areas.”

The Scottish Government will work with public and private sector partners to create clusters, develop supply chains, and increase investment in key areas.

The World Economic Forum estimates that transitioning to a nature-positive economy globally “will create up to $10 trillion in annual business value and create 395 million jobs by 2030.”

“In Scotland, the nature-based sector is already expanding rapidly, growing at more than five times the rate of all jobs between 2015 and 2019, accounting for a third of all job growth in that period.”

There is potential in sustainable land and marine management, green infrastructure, green finance, and research which will benefit the whole country, including rural and island economies.

Post-Brexit, many sectors are struggling to find employees – 21% of vacancies are hard to fill.

More training will be offered to working-aged people in poverty or at risk of poverty. Wrap-around childcare will be free for low-income parents to help them to access work, training, and education.

The child poverty rate in Scotland is below England’s – 24% compared to 30%. Increasing the productivity of Scotland’s workforce could increase wages by 10% and decrease the cost of policies to mitigate child poverty, which was £3 billion in 2021.

Increasing inward migration from other parts of the UK could help fill the skills gap. “A 25% increase in people relocating from the rest of the UK to Scotland would double net migration and add 100,000 people to Scotland’s labour pool over the course of this strategy.”

The strategy also envisages Scotland becoming a more entrepreneurial and innovative culture, with many more people starting small businesses. Another 60,000 would be needed to reach the same level of start-ups as England. Scots are less likely to start businesses than people south of the border – except those from ethnic minorities.

“Scotland currently lags most OECD countries in indicators of entrepreneurial dynamism, with a total rate of early-stage Entrepreneurial Activity (TEA) of 7.3% in 2019, compared with 10.5% in England, and 12.4% in Ireland…The TEA for ethnic minorities, at 12.3%, is significantly higher than that of the general population, showing the value of diversity to the Scottish economy.”

The strategy also committed to a real living wage for all. “We recognise that we will not tackle Scotland’s deep-seated poverty challenges without transforming the sectors where low pay or precarious work are most prevalent.”

So, what next? Well, there is a problem, I fully expect Scotland to vote for independence before the end of 2023 and so this plan will not be implemented, however, the economic plan for an independent Scotland will be implemented and that is still under development. The Scottish Government was correct to write the devolution plan first but now it must focus on delivering a Wellbeing Economics based vision for an independent Scotland.

That plan will need to be more ambitious and tackle thornier issues such as land reform as part of the renewable’s agenda. It will involve more numerical analysis and publishing a new set of GERS projections for an independent Scotland alongside the existing UK-GERS, and it will involve accepting that the vast majority of the Sustainable Growth Commission is now out of date (post Covid/post Brexit).

Many will also be happy to note that the SGC is now incompatible with both the SNPs Fairness and Social Justice Commission and now also with the Scottish Government’s new economic direction.

Not mission accomplished but a big step in the right direction. 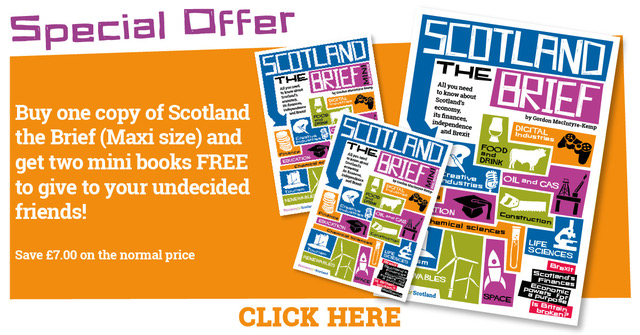