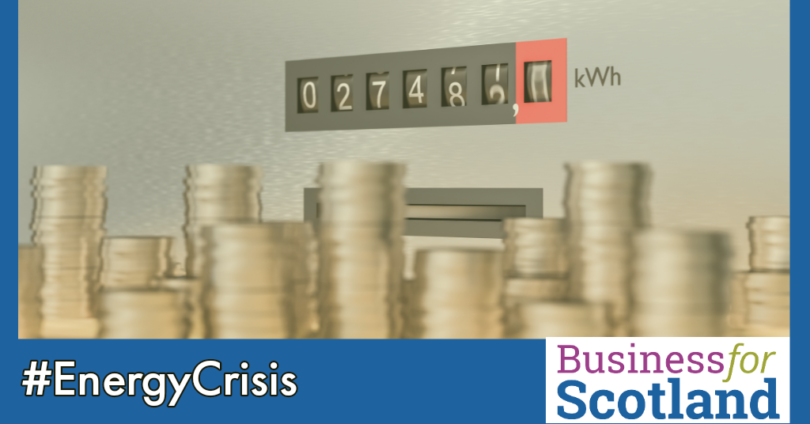 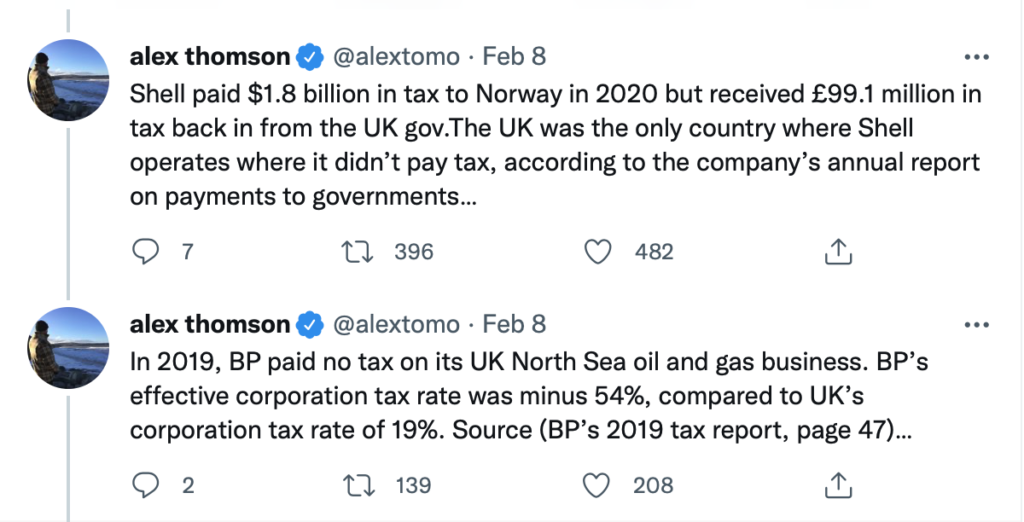 Fresh from announcing a 300% increase in annual profits, the Shell CEO argues that a windfall profits tax won’t ease the energy crisis – he would say that wouldn’t he.

There’s a good reason Shell moved its HQ to London from The Netherlands last year. The company complained that relations with the Netherland’s Government had become increasingly strained due to their environmental concerns and claimed the movement would allow it to accelerate returns to investors whilst cutting their taxes.

The UK Government provides the biggest subsidies to oil and gas companies in the EU and has gifted Big Oil £13.6 billion in tax breaks since 2015. These tax rebates have had the effect of significantly increasing the illustrative deficit in the UK Government’s Scottish accounts (GERS).

So the UK Government won’t levy a one-off windfall profits tax on oil companies or reinstate the oil tax that would provide billions in annual revenue, nor will it provide subsidies to develop new renewables projects, making a mockery of the UK’s pledge three months ago in Glasgow to cut global greenhouse gas emissions so the planet will remain habitable for humans.

The problem with UK energy delivery is structural, driven by an ideology that falsely maintains that private companies are more efficient at delivering public goods than the state.

The electricity we use is produced by a mix of sources and as much as 40% is produced by burning gas. As a result, when gas prices rise, so do electricity prices for households that do not use gas. So when Russia cuts gas supplies causing prices to rocket, all UK energy consumers bear the brunt, and millions more will be driven into fuel poverty.

An independent Scotland will be able to produce all of its own electricity needs from renewable energy sources so electricity will not only be cheaper but also environmentally sustainable. But this is only possible with independence and a state energy company able to intervene on behalf of its citizens. Until then, the UK electricity mix will set energy prices.

The UK privatised Britoil and British Gas in the 1980s and 90s so consumers are forced to bear the risk of price volatility whilst large corporations raked in the profits and shareholders benefited, as evidenced recently by BP’s profits increasing 30 times on pre-Covid levels in just the last quarter. Other European governments chose a different path. The French Government which owns 80% of EDF is capping energy price increases at 4%. The Norwegian government, the majority owner of Statoil, will cover 80% of energy cost rises, cushioning the blow for Norwegians.

Energy privatisation has not worked for consumers, it has worked for the shareholders and the City of London. When the market fails, someone has to experience pain and the UK Government’s top priority is always to allow the large corporates to maintain profits, rather than to help consumers pay their bills.

This is demonstrated by the Government ideologues doubling down with their completely inappropriate ‘buy now pay later’ £200 loan that consumers will have to pay back over five years (regardless of whether they received the misnomer loan in the first place). The Tories are at least consistent. Whether it’s bailing out the oil companies or bailing out the banks in 2007, they choose profiteers over people every time. Smaller entrepreneurial businesses cannot turn to the UK to protect their profits in the face of market failure or to mitigate the impacts of Brexit, so it’s not a level playing field.

Scottish Labour had 13 years to re-establish a National Energy company but failed to do so and Starmer has abandoned Labour’s pledge to take energy back into state control.

The way out of this morass is for renewables rich Scotland to restore its independence, establish a national energy company so that Scotland’s vast resources can benefit the people, not just large corporates who don’t get the same help from other governments.