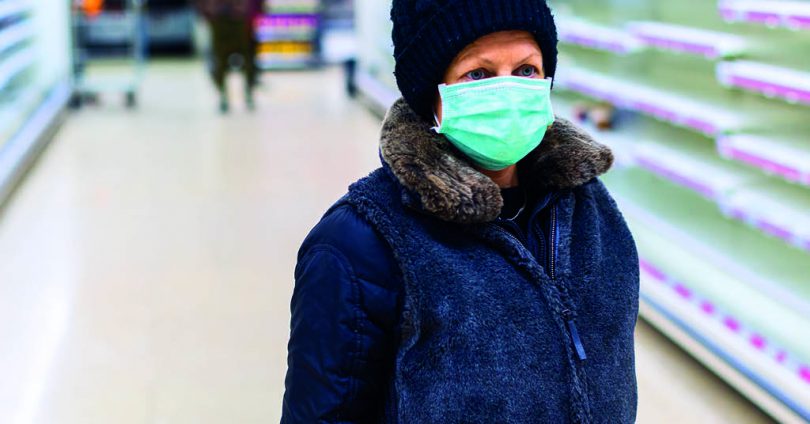 With every passing day it becomes more apparent that allowing Westminster to remain in charge of the Covid recovery will be a disaster for Scotland.

Vital opportunities to build back better are being squandered by a UK government determined to roll back devolution and reject any move to tackle the inequalities at the heart of the Union.

Our report yesterday on the British Business Bank’s focus on London and the south-east in handing out loans  to help start-ups survive Covid is just one example. There are plenty more.

Recent attempts to obscure the full impact of Brexit by shifting the blame on to Covid are looking increasingly threadbare.

We’ve been hearing warnings for months that Brexit would lead to food shortages in supermarket shelves all over the country. Now that those claims have become a reality we’re increasingly told they have been caused by the so-called ‘’pingdemic’’ which  imposes self-isolation on workers in contact with Covid.

Retailers are proving resistant to such nonsense and continue to place the blame where it belongs … on a Westminster government which imposed the worst possible Brexit deal on the UK.

The catastrophic consequences of Brexit itself continue to mount … with Boris Johnson ludicrously insisting yesterday that the deal he himself agreed on the Northern Ireland protocol must be renegotiated because it isn’t fit for purpose. The reputation of the UK has never been lower.

Johnson meanwhile is using the Covid recovery as a smokescreen while he dismantles the power of the Scottish parliament.

The Westminster government has, for instance, imposed its own model for freeports on Scotland despite MSPs’ reservations about fair work ambitions and environmental protections.

And worse, Westminster has denied Holyrood any say in which Scottish ports should benefit from the green port status.

This is yet another example of the contempt with which they treat the Scottish parliament.

Johnson and his cronies have already grabbed for themselves those powers coming back from Europe which should have gone to the  Scottish parliament.

And they have made sure they keep control of money which our MSPs should have been able to spend in line with our own government’s priorities.

The performance of the British Business Bank shows why Westminster wants that control so much … so that London and the south-east will once again prosper at Scotland’s expense.

All this is taking place as the Prime Minister drives England towards a foolhardy abandonment of mask wearing and social distancing.

Just this morning Sage member in England Professor Neil Ferguson urged caution as schools prepare to return, with the increase in contact that will bring.

The Scottish parliament can determine its own route out of the pandemic restrictions, which has so far been more cautious and more in line with scientific advice. But if Boris Johnson has his way Holyrood’s ability to take its own decisions will be severely restricted.

While the Prime Minister’s campaign to  strip our parliament of its powers is continually ignored  south of the Border,  the merest mention of Scotland’s independence provokes howls of outrage.

Just look at the protests when Nicola Sturgeon had the temerity to share on social media a video guide to campaigning for independence.

Independence is the only way we can protect Scotland’s future and create the country we want to see emerge from the pandemic. It is essential that we throw  ourselves into campaigning for it as soon as it is safe to do so.