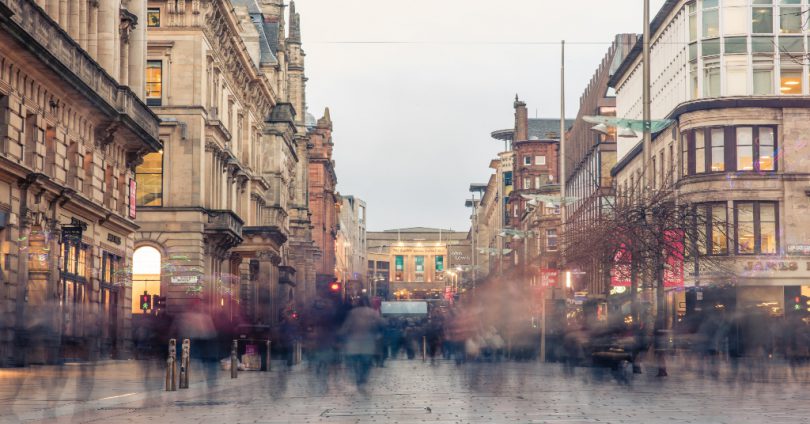 Independent research shows that businesses in Scotland will save thousands of pounds more than those in England because the Scottish government has extended 100% business rates relief for the full year.

Research from the Scottish Parliament Information Centre (SPICe) has shown that businesses in Scotland saved £31,840 on average in the financial year 2020/21 and are set for similar savings this year.

However, businesses in England and Wales will pay an average of £7,075 because the UK government has extended 100% rates relief for only three months. Businesses will pay 34% of their rates from July 1 for the rest of the year.

The 100% relief was made available to retail, hospitality and leisure (RHL) properties, as well as newspapers, specified airports and aviation-related subjects.

Scottish government statistics show that at July 2020, 28,400 properties were benefitting from the 100% relief, at a cost of £904.2 million. That is equivalent to an average of £31,840 per property benefiting from the RHL scheme.

The policy for England – a 100% discount for 3 months followed by a 66% discount – is the equivalent of an average discount of 75% across the full year.

As with the Scottish figures, the averages for 2021-22 will also be affected by any decisions by larger retailers not to apply for the relief.

Institute of Fiscal Studies figures for England for 2020-21 show that the  amount which would be paid in a full year south of the Border would be an average of £7,075 once the reduced discount of 66% is taken into account from July 2021.

Businesses in England have complained that they will have to resume paying rates on July 1 when they are still struggling to recover from the pandemic’s effect.

‘’This will put a major economic drag on the businesses affected and risk the jobs that they support,’’ said Kate Nicholls, UKHospitality chief executive.

When Scotland’s finance secretary Kate Forbes announced the rates relief extension earlier this year David Lonsdale, director of the Scottish Retail Consortium, said: “This is a bold and significant move and a vital shot in the arm for the sector, much of which remains closed and faces an uncertain future.” The Scottish Licensed Trade Association said it was a “much-needed lifeline” for the sector.

Rates relief for businesses is just one of the measures introduced by the Scottish government to support businesses, with support totalling £1.94billion of grants paid direct to businesses since March 2020.