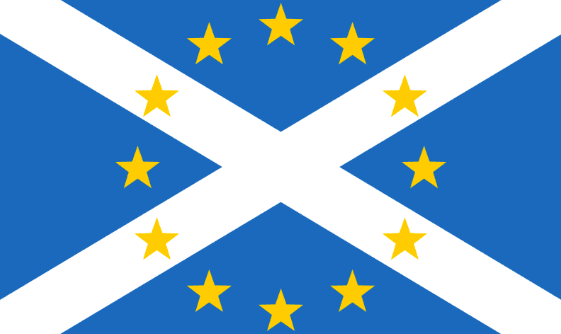 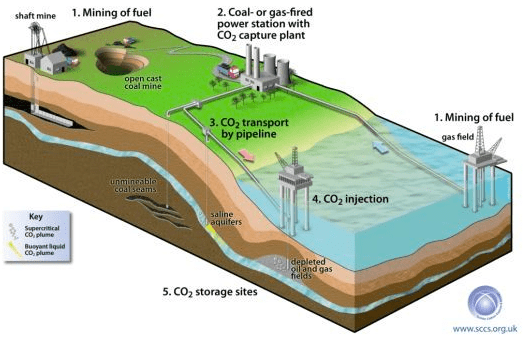 A new study of “clusters” of industrial facilities in Scotland shows that delivering shared transport and storage infrastructure can greatly reduce the cost of achieving deep cuts in the UK’s carbon emissions.

The UK Committee on Climate Change recently set out a refreshed approach to delivering carbon capture and storage in the UK, recommending an initial focus on one or two clusters of industry and the need to deal separately with investment in transport and storage infrastructure if a CCS network is to be established.

Support for Independence growing since Brexit

If independence campaigners are to overturn the defeat they suffered two years ago, they will need to focus on pro-European voters who voted no in 2014 but are now ready to switch sides.

To get from their current position in the mid-50s up to 60 per cent, says Ivor Knox, managing director at pollsters Panelbase, independence campaigners will need to pick up votes across a range of demographics.

One obvious place is the high-social-status, naturally cautious voters who voted no to independence and remain at the EU referendum.

More on this story in the Financial Times.

Crerar Hotels Trust fund One in a Million Charity

Crerar Hotels Trust has thrown its support behind ‘One in a Million’ to help children and young people in deprived areas. A £2,000 donation was made to the charity which will provide support for either or both Sports and Community Education projects.

One in a Million is focused on improving the social and moral welfare, personal development and quality of life for disadvantaged, excluded and vulnerable children and young people from deprived areas of Bradford.

On receipt of the donation, John Mitchell from One in a Million:

“We are greatly encouraged that such an esteemed Trust, represented locally, identifies with the work that we do and wishes to be associated with us as a charity. Their support is very much appreciate and will make a significant difference to what we are able to achieve. Thank you Crerar Hotels Trust”.

Scotland’s economy stands to lose almost £12bn worth of exports a year to Europe if its forced to leave the EU under Brexit.

A briefings by Holyrood researchers highlights the significance of access to the single market for some of the country’s key sectors including manufacturing, food and drink and financial services.

The briefing by the Scottish Parliament’s Information Centre (Spice) was published yesterday ahead of a meeting tomorrow by Holyrood’s European and external relations committee, which has set up an inquiry into the implications to Scotland of Brexit.

Scottish Environment Minister Roseanna Cunningham has vowed that Scotland will continue to play its full part in contributing to EU-wide environmental policies.

She made the commitment in a letter to environmental organisations ahead of a meeting on Thursday this week to discuss the implications of the EU referendum result.

Cunningham said: “The EU referendum result has created considerable uncertainty – but what remains certain is the position of the Scottish Government. We resolutely believe that membership of the European Union delivers considerable social, economic, environmental and cultural benefits for individuals, businesses and communities across Scotland. Our priority is to protect Scotland’s interests.

“We will be doing our absolute utmost to protect our position as climate change leaders, to continue to play the role that we have been playing in contributing to EU-wide environmental policies, and to make sure that we maintain, protect and advance our own environment.

Dr Richard Dixon, Director, Friends of the Earth Scotland, commented: “One of the strongest benefits of being in the EU has been the chance to work together on the big environmental problems that affect us all, from acid rain to climate change, and Scotland must work out how to continue to make a strong contribution.

ayeMail, the not-for-profit organisation set up to support Scottish pro-independence groups under the strapline ‘You campaign – we deliver’ is in the last week of a crowdfunding fundraiser to produce flags and car stickers to promote Scotland remaining in the EU. Speaking to Business for Scotland, Mr Lindsay Bruce of ayeMail said, “With just a few days to go we are at 85% of target and we hope to achieve target by the end of the week.

“A direct consequence of the ‘Brexit’ vote down south is the fall in the value of sterling now impacting on Scottish businesses that import goods, components and materials. To achieve unit price our flags are being produced in China. Three years ago sterling was at $1.70, so a dollar cost only 59p. Today with current exchange rates around $1.31 a dollar costs 76p. This amounts to a 29% increase over 3 years, so we fully understand the impact on business of the Brexit vote and the impact which will shortly work its way through to goods in the shops – a connection many have not yet realised.”

ayeMail is crowdfunding to produce 10,000 “Yes Saltires” using the original Yes logo, and “EU Saltires” featuring the 12 gold stars of the EU flag with the saltire as a backdrop. 1,250 car stickers with the “EU saltire” design have already been produced in the UK, ready for distribution to supporters. The crowd-funder will provide the capital for the large 10,000-flag print run, but individuals supporting the project will receive their flags and car stickers in the next couple of weeks. 1,000 flags are being produced now and flown in by express delivery. This will help get the campaign for Scotland to stay in the EU off the ground at a local level.

Mr Bruce said, “We are able to do this due to supporters providing short-term finance to get a first production run of flags flown in from China to add to the car stickers already produced with the saltire and EU stars.”

The bulk shipment of 10,000 flags will be delivered by container ship at the end of October, and will be distributed to reactivated grassroots Yes groups through the National Yes Registry, who are working on a fast-track registration process for Yes groups wanting to obtain the flags.

Mr Bruce explained, “We set up the crowd-funder to produce the flags so that they can be delivered, completely free, to the grassroots Yes network. It’s their choice whether they give them away, or sell them for a modest sum to help fund their own activities. But they can also choose to funnel those funds back to us to help finance the next bulk delivery of independence-related promotional materials. We’re currently looking at wristbands, vinyl stickers, large-format posters, tote-bags and other branded merchandise.

“This ‘virtuous circle’ of funding helps Yes groups raise money for their own campaigns while greatly benefitting from the savings of mass production. By working together, we can help stock every Yes group in the country with materials to support Scotland staying within the EU as an independent country.”