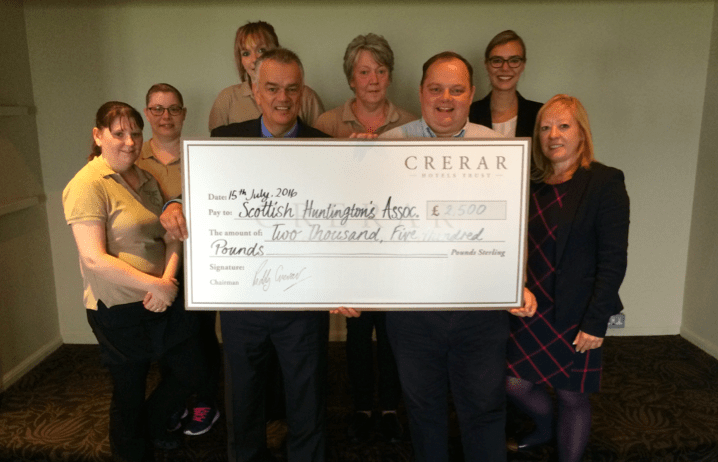 Report shows Scotland has the edge for investment in energy storage

A new expert report from commercial energy company Everoze named Cracking The Code: A Guide to Energy Storage Systems and How to De-Risk Them’, commissioned from Everoze, with assistance from RES and Strathclyde University’s Power Networks Demonstration Centre, aims to decode complex market opportunities for UK energy storage and explain what is needed to drive cost-effective investment.

A series of far-reaching recommendations to level the playing field for rapidly developing energy storage technologies – some of which are locked out of current market arrangements – are made.

The report states, ‘The three major issues of low bankability, lost potential and revenue interface risk are common across the whole UK. However, whilst the challenges may be common across the UK Scotland faces a distinct opportunity on storage.

‘Compared with some other parts of the UK, Scottish renewable energy projects can incur specific challenges such as high incidence of grid constraint and high transmission charges.’

A Scottish Renewables spokesman added: “A whole series of changes are needed if we are to ensure that the cheapest and most efficient technologies provide the services that a modern clean electricity system requires.”

An influential Brussels think tank has said that an independent Scotland would be “well qualified” for EU membership and the bloc should welcome the country if another referendum to leave the UK is called, despite some complications which were highlighted such as the potential of the UK Government blocking another referendum.

The analysis, written by academic and senior think-tank advisor Graham Avery, praised the leadership shown by Nicola Sturgeon in the wake of the Brexit vote amid chaos in wider UK politics, and reported that goodwill towards Scotland and an openness to the country gaining independence is increasing on the continent.

The report also highlights that if an independent Scotland did enter the EU, it would have the 12th largest economy, and find itself in a situation “similar to that of member states of comparable size such as Ireland or Finland. ”

The paper concluded: “Scotland is a prosperous and stable democracy that has applied EU rules and polices for more than 40 years. It is well qualified for EU membership. From the economic point of view, it is in the EU’s interest for it to remain: from the political point of view, to refuse Scotland after its vote to remain would be a bad signal.”

The decision of the then Chancellor George Osborne to cancel the Peterhead carbon-capture scheme last year will impose a 15 year time lag on the industry in the UK, and also increase costs of meeting C02 reduction targets.

The now-abolished Dept for Energy (DECC) told the UK chancellor this during last year’s spending review that without large scale deployment of carbon-capture infrastructure, it could cost the UK an additional £30 billion to meet the UK’s 2050 carbon targets.

The decision has also been widely criticised as preventing Scotland and the wider UK developing a competitive global advantage in carbon-capture storage technology – not least because of the existence of large-scale infrastructure in redundant oil and gas pipelines in the North Sea.

Before the spending review was published, the UK Government forecasted that it was not on target to meet its carbon budget for the mid-2020s by a gap of around 10%.

Scottish house prices to fall – but no recession

Amid a slowdown in economic growth house prices in Scotland are set to fall, however PwC say that a recession is likely to be avoided.

A decline in business investment, particularly from overseas in areas such as commercial property, is blamed for the slowdown, which PwC warns could hit construction firms and capital-goods manufacturers.

It is predicted that the price of an average home in Scotland will fall £3,000 over the next two years to £134,000 in 2017, bucking the UK national trend of rising property prices.

Wave Energy Scotland has launched a new £3m fund to help developers come up with new materials for wave power generators which can withstand the roughest seas, to come up with a commercially viable method of harnessing Scotland’s huge potential wave-power resource.

The quango – set up to salvage the best know-how from the collapse of hitherto private-sector Scottish wave power industry – is offering developers up to £250,000 apiece to investigate the suitability of alternative materials for use in the wave energy sector.

Scottish Energy Minister Paul Wheelhouse said: “This approach gives Scotland the strongest possible opportunity to both overcome the current challenges facing the wave energy industry, as an emerging technology, and to win the economic prize that will flow from being the global centre of excellence in what should become a technology of potentially great significance and commercial value.”

Crerar Hotels Trust has thrown its support behind Scottish Huntington’s Association (SHA) to help provide care and support to people with Huntington’s Disease (HD), their carers and families. A £2,500 donation was made to the charity which will help fund their Highland HD Specialist Service located at Raigmore Hospital, Inverness.

“The support of the Crerar Hotels Trust for our work is massively appreciated and will be vital in enabling us to continue providing services which are desperately needed.  This gift will be put to good use and will make a very real difference to those affected by Huntington’s disease. With the help of the Crerar Hotels Trust we will be able to continue providing the practical and emotional care and support needed by people living with Huntington’s Disease, their carers and families in the Highlands.’

SHA currently work with over 100 people in the Highlands alone, and believe that many hundreds more are at risk in the area. On meeting Gordon, one of the HD specialists and discovering more about the disease Iain Watson, General Manager of Golf View Hotel & Spa, Nairn said ‘it was eye-opening to discover the battle that so many people local to us go through with HD, we are so thankful that we can support the specialist service at Raigmore Hospital and look forward to seeing the benefits to patients.’