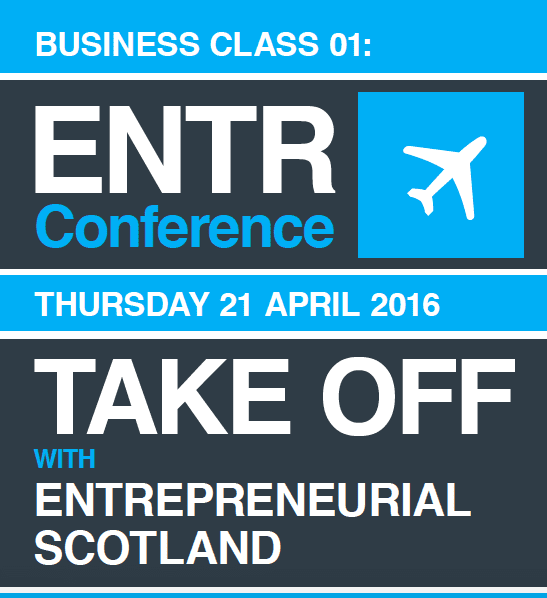 Entrepreneurial Scotland’s Annual Conference will take place tomorrow (21 April) at Gleneagles Hotel and is set to be an inspiring occasion. The country’s leading business membership network has assembled a world class line up of speakers including Bill Aulet, the international entrepreneur and academic to share his knowledge, experience and insights with Scotland’s business leaders.

Focusing on the theme of ‘Disruption’ Bill Aulet, Visiting Professor at the University of Strathclyde and Managing Director of Martin Trust Centre for MIT Entrepreneurship will bring a global perspective to the challenges, opportunities and practicalities of scaling up Scottish businesses.

“We are incredibly fortunate that in Scotland we are able to bring all this expertise together at Gleneagles to benefit all the entrepreneurially minded individuals attending – the people who are working hard to strengthen the country’s economy and society.”

More than 500 businesses, social enterprises and charities have joined the Scottish Living Wage Accreditation initiative to reward their staff for their hard work and loyalty with a decent £8.25 per hour wage.

Since its inception in April 2014, employers across the country have embraced the concept and are now reaping the rewards with an increase in production, a reduction in absenteeism and finding easier to recruit and retain the best workers.

Find out more about Utopia Computers in Kilmarnock, which became Scotland’s first computer manufacturer to become living wage accredited and the very first company in Ayrshire to do so in September 2014.

“We carried out this research to try to cut through the fog of exaggerated claims of Pro-Brexit and Pro-EU campaigners.

“Having reviewed multiple credible studies on economic benefits of EU membership, the average of estimates of EU membershipbenefit to GDP is 4.5% of GDP. This means the EU contribution to Scotland’s GDP is approximately £7bn, assuming a 32% flow through from GDP to public sector revenue, and this could be boosting Scotland’s revenues by £2.24bn per year.”

The fund has been launched to meet growing SME demand across the country and is part of a broader package for smaller firms aimed at making banking cheaper and simpler.

The package includes a free banking offer of up to 18 months for start-ups and 12 months for switchers and the introduction of a year-long fixed-price £5.50 monthly account tariff, to commence at the end of a customer’s initial free banking period.

Other benefits include an online tool offering potential new customers a credit decision in principle for loans of up to £30,000 in under two minutes and a free text alert service for informal overdrafts.

The Scottish public’s passion for politics has increased since the high engagement of the Scottish independence referendum in 2014, making Scots far more knowledgeable about and interested in politics than their counterparts south of the border, a report reveals today.

The annual audit of public attitudes to politics, compiled by the Hansard Society, the independent charity that promotes democratic engagement also showed the further away geographically people were from Westminster, the greater the level of dissatisfaction with how politics worked.

John Curtice, professor of politics at Strathclyde University, said: “We have had some hard evidence that the referendum left a legacy shown in the General Election turnout in Scotland, which was 71% while in England and Wales it was around 66%. It was up one per cent across the UK but up six or seven points in Scotland.”

Asked about the suggestion Scots’ interest in politics was even higher now than in 2014, Prof Curtice said there was a health warning given the comparatively low poll sample compared to England but added the “proof of the pudding will be the turnout for the Holyrood elections”.

Santander is holding a five day business festival in Glasgow at the end of this month, a week packed with free events to inspire and educate the business community.

The events being held on Blythswood Square are free to attend and will include talks from some of the nation’s most successful entrepreneurs.

Anyone interested in attending will need to register for one of the remaining tickets. For more information, go to the festival web-page.