Included within the Finance Secretary’s statement was income tax rates to remain unchanged in Scotland; college funding to be protected, and commitment to free tuition to continue; Council tax to be frozen for the ninth consecutive year; £90m increase in the budget for affordable housing for next year; the commitment to increase free childcare for three and four-year-olds to 1,140 hours per year in the next parliament; and £200m to be invested over the next five years in six new NHS treatment centres.

Business for Scotland has welcomed John Swinney’s pledge to focus on investment, innovation, infrastructure, education and skills by maintaining a competitive business environment.

BfS called on the Deputy FM to deliver a bold ambitious budget that supports and encourages SMEs. His decision to invest more than £300m to support research and innovation through enterprise agencies and the Scottish Funding Council will certainly contribute to that.

The progressive idea of assigning some income tax to local councils as an incentive to boost economic growth in the area is also welcomed by BfS, as is the £130m investment in the digital economy to widen broadband access and mobile coverage, which should make a positive difference to rural businesses.

“We agree with Mr Swinney when he says that a strong and sustainable economy lies at the heart of a successful Scotland.

“The UK has for some time lagged behind our European partners in terms of productivity levels and we are delighted that the Scottish government will continue to invest heavily in the main areas that can increase productivity, namely increased, digital infrastructure, transport and a continued investment in the innovation sector.”

As the world agrees new climate change limits, Scotland is found to have out-performed the UK in cutting C02 emissions.

A historic new global climate change agreement has been struck at the United Nations conference on climate change held from 30th November- 12th December in Paris. The agreement set out the path to limiting global temperature rises to below 2 degrees, or 1.5 degrees if action is taken quickly.

195 countries gathered in Paris including the world’s largest emitters, each committing to act together to combat climate change and be held equally accountable.

Figures from the Scottish Parliament Information Centre (SPICe) show that since the Scottish climate change targets were introduced, Scotland has reduced carbon emissions by 34% while the fall for the UK was 27%. SPICe has also confirmed that Scotland outperformed the UK on total emission reductions in each of the last three years (2011 -2013).

“Now that the talking in Paris is over, what’s important is that the rhetoric is backed up by meaningful action – not least in the crucial area of energy policy where we need the UK to assist Scotland’s drive to develop renewables and Carbon Capture and Storage, not stymie it as they have done this year.

“We appreciate the efforts made by Energy Secretary Amber Rudd and her team in helping to secure a deal which commits the UK on the world stage to continuing its trajectory towards a sustainable and carbon-free future.

“This landmark agreement puts the world firmly on course to limiting dangerous climate change and Britain has proved it is willing to play its part.

“We hope that in the months to come we can see this accord translated into the necessary policies at home to achieve these goals, with Ministers returning from the talks fired up to put their weight fully behind the development of the UK’s plentiful renewable energy resources, including wind, wave and tidal power, without the Government seeking to exclude successful and cost-effective technologies such as onshore wind from our energy mix”.

The deal sets out the long term goal of net zero emissions by the end of the century, showing a commitment from 195 countries to decarbonising. Progress will be independently assessed in 2018 and every five years thereafter.

Countries will not have to come together and review their climate plans regularly to ensure climate change is tackled.

More on this from Scottish Energy News.

Macdonald Hotels has committed to 400 full-time traineeships next year.

Unemployed 16 to 24 year olds will be able to apply for the 16 week Future Talent course where they will experience first-hand all aspects of the hospitality industry. Working with Total People, Macdonald is offering the traineeships in 17 of its 48 hotels throughout the UK.

At the end of the four months of training, successful participants will graduate and be placed on a route to success within a vacancy or apprenticeship programme at the hotel.

“Where university doesn’t appeal to school leavers, or graduates are looking for a change of career, Macdonald Hotels & Resorts is offering young people a fully rounded, high quality, introduction to a career in the hospitality industry.

“As a leading name within the sector, we’re committed to providing real opportunities for people to enter employment.

“The training is rigorous, but participants will have access to some of the best in the business, putting them on a genuine path to success.”

The first cohort of 25 trainees are currently being selected and assigned to their hotels. 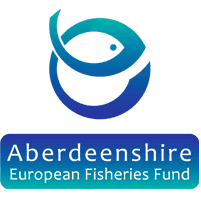 More than £650,000 of economic development funding has helped to deliver £2.1m of projects in Aberdeenshire.

The 2012-2015 Aberdeenshire European Fisheries Fund (AEFF) funding programme, financed by the European Commission closed at the start of December. The programme was administered locally by the Aberdeenshire Fisheries Local Action Group partnership, with Aberdeenshire Council as the lead partner.

The programme funded a total of 24 projects promoting economic diversification both within and outwith the fishing industry, building capacity in communities, creating training and job opportunities and revitalising fisheries areas.

Applicants were awarded more than £650,000 in Axis 4 EFF grants, which has helped to deliver a total value of £2.1m of projects, two new businesses and 27 full time jobs.

An Evaluation Study has since been developed and will be publicly available in due course.

“AEFF has delivered a wide range of projects that collectively improve people’s lives and businesses in the area through the provision of regeneration, diversification and capacity building.

“The fund has provided real opportunities for economic and social prosperity in coastal communities through the creation of jobs, new businesses and training provided.”

The council’s European Team is now focusing its attention on the new EMFF (European Maritime Fisheries Fund) programme in the hope of securing a further allocation of Axis 4 fisheries funds for Aberdeenshire in the new European Fund period from 2014 to 2020.

The new fund will be launched in January 2016.

A report commissioned by the Scottish Futures Trust sites a vision for making Scotland into a world-leading digital society, predicting 26 times more data use within 15 years.

The Deputy First Minister John Swinney said on the report:

“The report outlines that if Scotland were to become a world leader, the nation could not only see a significant increase in GDP, but also the creation of nearly 6,000 new small-medium sized enterprises and small office or home office enterprises.”

The report projected a boost of nearly 10% in economic output, or £13bn at current prices. Scotland currently lags behind the European Union average (81%) at 75% of internet access.

With an increased digital economy, and society it is argued that productivity would rise, total output would increase, along with jobs and earnings and it would make things easier for business start ups.

The report said that 99% of Scots could be using the internet by 2030 and a fifth of the workforce could be working from home at least two days a week, reducing commuting time and costs.

As the Internet of Things is developed, allowing people to control homes, cars and workplaces through electronic communications, with the initiative to make Scotland more ambitious in its digital connections, there could be as many as 130 million digital devices in Scotland – 26 for the average Scot.

The report also envisaged a marked reduction of the split in digital access between rural and urban Scotland.

A Digital Vision for Scotland.

BWE Partnership, wholly owned and operated by Ron Shanks from his base in Aberdeen, and British Solar Renewables (BSR) have begun construction work on the solar park project New Mains of Guynd located at Carmyllie, following a £10m investment.

In a ray of economic sunshine for the UK solar industry, the first 5MW phase will be completed and producing power by the end of December 2015, with the second phase expected to be completed by summer 2016.

“Planning permission was granted for the 50 acre site in October last year and construction is now well underway.

“At a time when proposed changes to solar subsidies throughout the UK are having a significant impact on future projects, I am extremely proud that BWE Partnership is one of the few companies in the market not only seeking development opportunities, but actually executing these projects from concept to completion.

“Whilst the changes to government subsidies have caused uncertainty around future solar projects, we expect the position to become much clearer early 2016.”

David Peill, Commercial Director of British Solar Renewables said: “The construction and development of Scotland’s largest commercial-scale solar park is a fantastic project to be involved with and we are delighted to be part of the team making the development a reality.

“It is extremely important to us to work with companies in the area and we are utilising a supply chain comprising several local businesses which are able to provide the high quality materials and services required.”

Find out more on this story.