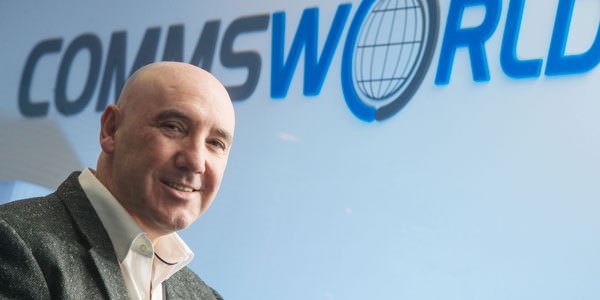 Commsworld, a Scottish firm focusing around the UC and cloud network, has positioned itself to complete against industry tech giants by investing more than £1 million establishing a brand new fibre telecommunications route, linking networks throughout Edinburgh and Glasgow.

Commsworld will represent an ultra-fast connection between two of the largest economic hubs in Scotland that can operative at up to 100Gb/s, about 5000 times the speed of a typical UK connection.

According to Ricky Nicol, the chief executive of Commsworld, this is a huge and significant step forward for the business, as it means that an independent Scottish firm is finally operating at a huge level, rather than working underneath the biggest names in the industry.

Commsworld now has complete control over speeds from the local network, to the business connection, exchanges, and beyond. This means that clients with offices across Glasgow and Edinburgh will be able to access some of the fastest speeds in the area.

This milestone in the business is a fantastic source of pride, and finally suggests that there will be an alternative to the major big names in broadband. 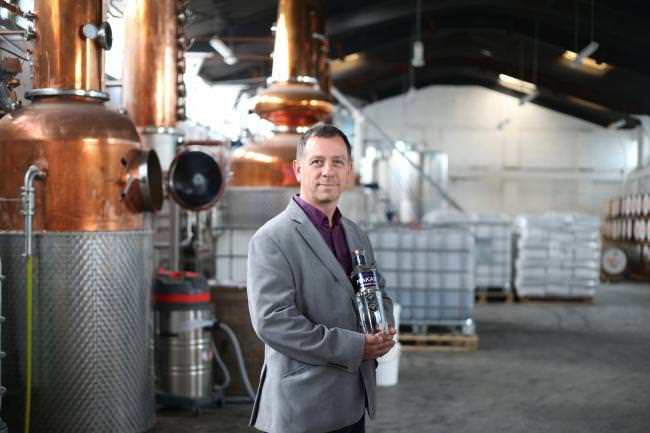 Michelle Rodger writes: the future is bright for Scottish gin

Two-thirds of the UK’s gin is produced in Scotland; gin exports were worth nearly £400 million between January and October 2016, and total gin sales broke the £1billion mark last year.

Scotland is a now a driving force in the gin industry, according to Fairclough, who is managing director of Glenshee Craft Distillers in Perthshire. He hails the forming of the Scottish Craft Distillers Association in 2014 as the launch pad for wannabe distillers, helping them grow the industry. Since then, more than 20 craft distilleries have opened and there are more than 100 different expressions made in Scotland.

Liam Hughes, chief of Glasgow Distillery Company which makes Makar gins, said: “Scotland obviously has a track record of producing high-quality spirits, so it is no surprise that as the interest in gin has risen, some of the best gins on the market have come from Scotland. Allied to that, we have an in-depth talent pool coming out of Heriot-Watt University, which has established itself as the premier distilling university globally.”

With more than 30 gin producers in Scotland and more due to open does the Scottish gin market face saturation? Hughes doesn’t believe so. “The future is very bright for high-quality products with provenance,” he adds. “Consumers want a connection with what they are drinking. Inevitably there will be winners and losers over time and possibly some takeovers or mergers, but the market has a long way to go just yet.”

Nicola Sturgeon, speaking at a meeting of the joint ministerial committee in Cardiff between the Prime Minister and the devolved governments said,

“I came here today determined to find some grounds for compromise, some way of trying to square the circle of the UK-wide vote to leave and the Scottish vote to remain but I also came with a very direct message to the UK Government that so far the compromise or the attempts at compromise have come only from the Scottish Government.

The FM indicated that she would do what it takes to protect Scotland’s position in the single market.

The Scottish Government published proposals in December to keep Scotland in the European single market even if the rest of the UK leaves.

In a speech earlier this month, the Prime Minister said the UK will leave the single market and that her government alone is responsible for foreign affairs.

The European Union is on track to meet its goal for renewables supply up 20% of its energy by 2020, although Britain is lagging behind.

In a stock take on the bloc’s climate targets, due to be published on Wednesday, the European Commission saw renewables accounting for 16.4 percent of overall consumption in 2015.

As a share of renewables in Europe’s power grid, onshore wind energy has grown fastest while solar photovoltaic development has been more uneven, the progress report said.

Scotland and the EU: a timetable for change, James Aitken writing on behalf of Business for Scotland

The EU may simply accept Scotland as the successor member state to the UK but we can’t rely on that level of pragmatism.  Whilst the Greenland example does provide partial precedent for this, I suspect there may be too many competing agendas for this to happen. That said, I do hope that the various EU institutions increasingly allow Scottish Ministers to attend in place of their UK counterparts.

Now to the big question. Will the EU deal with a non-independent Scotland?  If continuing member status is off treble then in short, no. Then formal negotiations will not take place until Scotland has voted for its independence.

With this in mind I think that Scotland needs to prepare for another step.  Unless Scotland is placed on some form of “fast track” we need to have a more attainable short term goal.  This should be membership of the European Free Trade Association (EFTA) and the European Economic Area (EEA).  The longer term goal being full membership of the EU. The EEA comprises three of the four member states of the EFTA: Norway, Iceland and Liechtenstein – not Switzerland, and for now the 28 member states of the EU.

This option has a number of advantages when you consider the timescales we are facing.  We gain most of what we are looking for and it removes many of the short term political issues. It gives us access to the single market and allows for the free movement of peoples.  It is also worth remembering that agriculture and fisheries are not covered by the EEA

It also gives us more time to figure out our relationship with the UK.  The UK has made it clear that it does not want the same relationship with the EU as Scotland does. The conundrum for the UK is that the EU has made it clear if the UK wants access to the single market it must accept free movement of people.  That will make it very difficult for the UK to join the EEA.

This is one of numerous possible scenarios: