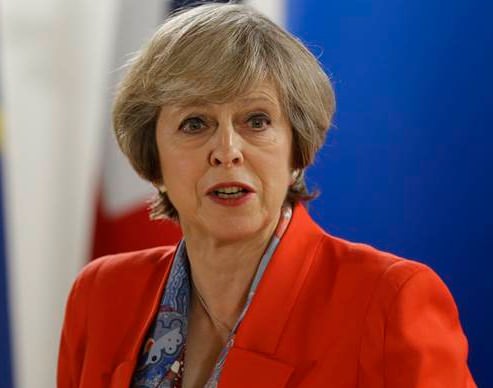 The UK media don’t seem to understand, or are wilfully misleading us on, what the EU published yesterday.

Yesterday the European Commission published the Draft Article 50 Withdrawal Agreement between the European Union and the United Kingdom. Note that this is publishing an “agreement”, not a proposal. It was not the EU’s idea of what they would like to see, but actually a summary of what the UK negotiators have agreed so far.

This has been completely missed or misrepresented by most of the press. From the Times (but it could have been any paper): “Mrs May dismissed EU proposals for the fallback option to prevent a hard border in Ireland as completely unacceptable”.

On Scotland Tonight last night a Brexit supporter demonstrated a worrying lack of connectivity with actual events, saying that, “The EU had to think again, and come up with better proposals”. Wait, what?  This is not a proposal, it is a note made public of what the UK negotiators (specifically the PM) have agreed to, and what it would mean in terms of borders on the island of Ireland.

Back in December Theresa May jumped on a plane and flew to Brussels to save the Withdrawal Agreement.  The Express headline was, “Theresa May’s plane on standby as PM ‘ready’ to sign Brexit deal in 11th hour victory”.  An agreement was reached and the UK PM promised no border on the Island of Ireland.  This simply means that the border has to go elsewhere and she agreed to that by the talks deadline so that stage two – the trade negotiations – could start.

The borders solution suggested in yesterday’s EU draft agreement is actually Theresa May’s suggestion, and it’s that which she is rejecting, not a some sort of nasty EU plot.

So now that the Irish border deal has unraveled, it’s worth pointing out what I wrote back in December as she arrived back from Brussels proclaiming victory:

Most of the media seems to be maintaining the fallacy that the UK Government has done some kind of Brexit deal. It seems that all sides of the Brexit political divide can imagine they see a win in the agreement for them, and that’s the only thing keeping the myth of a successful stage one negotiation alive…

The truth is that no deal has been done, unless you mean the one to just kick the problem of the undoable deal down the road. The UK Prime Minister has promised the moon to the DUP, the stars to the EU and the sun to Ireland, and none are her gifts to give.

Well here we are “down the road” with the undoable deal as I described, and the PM says no British PM could ever sign such a deal.  The mainstream press even seem surprised that the EU had the nerve to propose it. They didn’t, the UK Prime Minister did – you couldn’t write a farce like this.