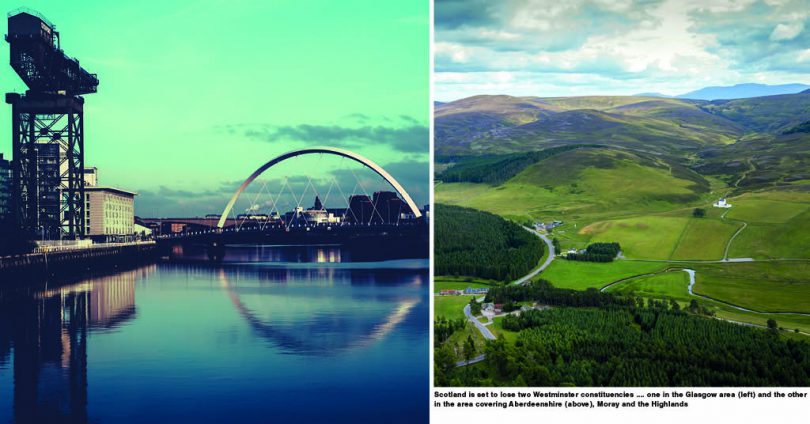 The Boundary Commission for Scotland has launched an eight-week public consultation on its proposals, which would see the number of MPs in Scotland cut from 59 to 57.

The proposed changes would also see the number of Welsh MPs cut by eight. The number of MPs returned from Northern Ireland would remain at 18.

There are currently just six Conservative MPs in Scotland. The SNP won the biggest number of seats at the 2019 general election, returning 48 MPs. The Liberal Democrats won four and the Labour Party just one. 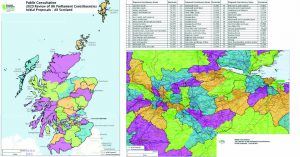 The proposed changes can be studied here.

England will see an increase of 10 MPs, while Wales will lose eight, if the changes are implemented, while Northern Ireland is set to remain on the same number of seats.

Because the United Kingdom parliament operates on the principle of a simple majority vote Scotland can be and regularly is outvoted. A Scot aged 42 years – the median age in Scotland, according to Statista – has spent more than two thirds of their life under a government Scotland did not vote for.

Forty-two years ago, in 1979, Margaret Thatcher was first elected. The UK had a Tory government, for whom Scotland did not vote, from 1979 until the election of Tony Blair in 1997 – 18 years. David Cameron led the Tories back to victory in 2010 and they have remained in power ever since, under Mr Cameron, Theresa May and Boris Johnson. That’s 11 years.

For a total of 29 years Scotland has suffered under a Conservative Government it did not vote for. The democratic deficit within the UK was thrown into even sharper relief by the EU referendum in 2016. Scotland voted by 62% to 38% to stay in Europe but was outvoted by England (53.4% to leave) and Wales (52% to leave) and was therefore pulled out of Europe against its will.

The proposed boundary changes could make Scotland’s voice within the United Kingdom even weaker. They would make the democratic deficit even worse, with two fewer Scottish MPs and 10 more English MPs.

The two seats set to disappear in Scotland will be cut from the Glasgow City, Inverclyde and Renfrewshire council areas and the Aberdeen City, Aberdeenshire, Argyll and Bute, Highland and Moray council areas.

But many more constituencies will be ‘’significantly’’ changed as boundaries are moved, supposedly in a bid to make sure the number of voters in each is roughly equal. Apart from Orkney and Shetland – which are protected – each constituency should include between 69,724 and 77,062 voters.

The Boundary Commission is carrying out an eight-week consultation on the proposals and a series of public hearings will follow in early 2022.

The plans will be refined ahead of a further consultation later in 2022 and recommendations will be submitted to parliament by July 2023.