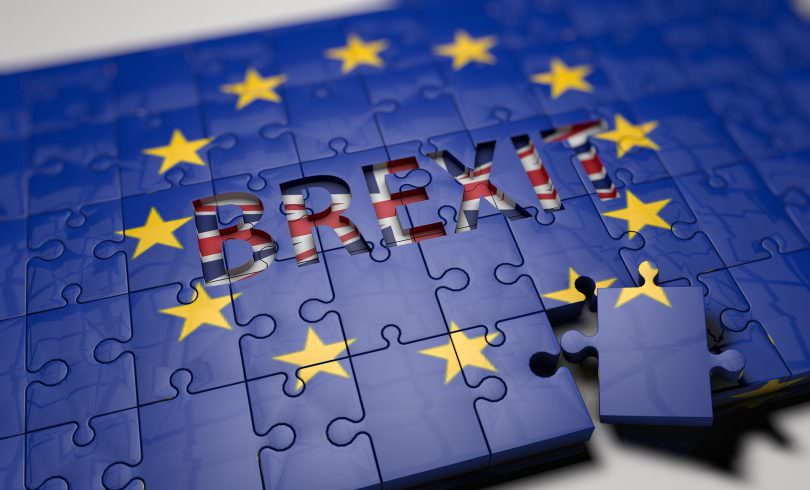 JUST days into 2021 Boris Johnson’s desperate attempt to spin his dreadful Brexit deal as a brave dawn has been revealed – surprise, surprise – as utter nonsense. No sooner has one disaster reared its head than another one pops up to eclipse it. Here are 10 Brexit horror stories which reveal the deal for the shameful confidence trick it is.

1: The massive rise in shipping costs for exporters.

Firms estimate that the cost of extra paperwork, export certificates and Covid tests for lorry drivers add up to hundreds of pounds for every shipment.

Scottish exporters had been able to get their produce to the main fish market in Boulogne in 24 hours. But now computer problems at the port in Boulogne have led to lorries being diverted via Dunkirk and to shipments failing to get to market in time.

James Cook, at the seafood firm D R Collins & Sons in Eyemouth near Berwick, said the problems had meant shipments took three days to arrive in Boulogne. He was now considering stopping fishing and last week had suspended exports.

‘‘We’ve had to suspend everything,” Mr Cook told BBC Radio Scotland. “Trading in Europe has now become a lottery and it’s a form of gambling, so you have to be very, very brave to put all your resources and energy into trying [to] press a button and find out that you don’t even pass the first hurdle. It’s a total loss of confidence.”

France is the largest overseas market for Scottish salmon  – worth £221m in 2019.

Reports have started to emerge of gaps in supermarket shelves as a result of Brexit red tape and some supermarket websites are listing food and vegetable items as out of stock.

Online supermarket Ocado is the first major retailer to warn of shortages. It emailed customers to tell them there may be ‘‘an increase of missing items and substitutions over the next few weeks’’.

Ocado chairman Lord Rose has warned that the delays and difficulties in international shipping caused by added paperwork will mean the “cost will be passed on to the consumer”.

Major parcel courier DPD has paused some delivery services into Europe, including Ireland. Marks & Spencer expect the new regulations to “significantly impact” its overseas ventures in Ireland, the Czech Republic and France.

A haulage firm boss in Kent has predicted the customs changes will lead to a “bloodbath” for the sector, with delivery delays eating into already tight profit margins.

3: The threat of continuing traffic jams. 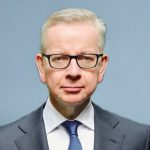 There is mounting concern that the queues of lorries we saw in Kent just before Christmas could be a sign of things to come. The Road Haulage Association (RHA) has warned of a repeat of the jams as the volume of traffic – which is only 25% of normal levels in early January –  increases.

Shane Brennan, chief executive of the Cold Chain Federation, recently told BBC Radio Kent  he was ‘‘deeply uneasy about how things are going to build  … We’re in the hands of the French authorities here and our plea is to them to find ways to help us make this work.”

Last week the National Federation of Fishermen’s Organisations (NFO) said there was ‘‘mounting concern over the export of fish to Europe, centering on obstacles in Calais and Boulogne’’. It cited reported problems with customs clearing systems, unfamiliarity with procedures, and ‘‘a dilatory response to resolving the issues in France’’.

Dover-based freight company John Shirley Ltd recently tweeted: ‘‘The chaos has begun. Organising even the simplest load to Europe has become an almost impossible task due to the mountain of Tory red tape that was brought in on the 1st of January.’’

Cabinet Office Minister Michael Gove has warned businesses and hauliers that there is likely to be “significant additional disruption” at the UK border as a result of increasing trade traffic, particularly at Dover.

Some businesses are complaining that they are struggling to cope with new charges being imposed on the goods they export. These charges include a tax imposed by the importing country, UPS brokerage charges and a new EU sales tax.

Some Europe-based retailers have decided to stop delivering to the UK because they are now expected to register for UK VAT and account for it to HMRC if the sale value is less than £135.

Such problems were supposed to be balanced by the opening up of new markets, but this is not as straightforward as it might be.  ‘‘They say ‘sell to China’, ‘sell to South Korea’,’’ says Santi Buesa, boss of South Ayrshire company SB Fish. If only it were that easy.

Mr Buesa told the Sunday National: ‘‘I have exported to those places and I know how they work. They’ll buy a lot and pay huge money and then they’ll drop you and all of the investment in machinery and labelling is away. There is a huge market right outside our door and we’ve locked ourselves out of it.’’

Confusion over paperwork, the extra documentation needed and IT problems have all contributed to delays and hold-ups

5: Mounting paperwork and IT problems.

Scotland Food & Drink,  Seafood Scotland and the Scottish Salmon Producers Organisation (SSPO) have joined forces to call for a ‘‘lighter touch’’ approach to get exports through to European markets.

‘‘Confusion over paperwork, the extra documentation needed and IT problems have all contributed to delays and hold-ups,’’ they said.

The trade bodies added that the post-Brexit trade deal struck ‘‘just a week before the new regulations came into effect, gave businesses no time to prepare for the huge changes necessary to get produce to the continent’’.

Scottish food and drink organisations have reported that post-Brexit red tape is forcing some UK exports to the EU to grind to a halt as the rules that came into force at the beginning of 2021 begin to bite.

Reports suggest prices are ‘‘collapsing’’ in the Scottish port of Peterhead.

The industry body Scotland Food & Drink said last week that a third of the fishing fleet is ‘‘now tied up in harbour’’, adding that some boats are landing in Denmark rather than Scotland to avoid ‘‘Brexit bureaucracy’’.

The organisation’s chief executive James Withers said the new arrangement are cutting UK seafood processors out of the trade. ‘‘If this becomes a new pattern, it’s a huge concern for processors here,’’ he tweeted.

The trade body had earlier warned that ‘‘dozens’’ of fish lorries had failed to leave Scotland on time after the Brexit regulations came into force.

7: The reduction of supplies to stores in Northern Ireland.

M&S are among dozens of major retailers who are reportedly reviewing supplies to the Republic of Ireland because of the imposition of new tariffs or import taxes. The EU-UK trade deal eliminates them, but goods exported from the EU to the UK are subject to tariffs if they are then re-exported by being sent on to Ireland.

Supply chain problems are said to have been at least partly behind a decision last week by the ferry company Stena Line to cut a dozen Irish Sea crossings.

Northern Ireland has been particularly badly hit by a drop in supplies, with gaps appearing on supermarket shelves. Although part of the UK, the territory remains subject to EU trading rules under the divorce deal in order to keep an open land border with the Republic. The result is increased red tape and border checks on goods sent from Britain.

The Road Haulage Association has warned that the Northern Irish supply chain is ‘‘close to collapse’’, with lorries stuck in Britain or returning empty. It has called for urgent financial help from the government and a grace period for the new rules.

Industry experts, including head of Scotland Food and Drink James Withers, estimate that seafood exporters are losing more than £1m a day in sales due to Brexit disruption,

David Leiper, managing director of Peterhead company Seafood Ecosse, said the situation facing exporters was “a disgrace” and asked why private companies should take the pain for government incompetence.

Alastair Roberts, who owns three fishing boats in Greenock, told reporters that Brexit “has ended up a lot worse than expected” and warned that “buyers in France, Spain, Italy […] will go elsewhere” for their seafood as a result of Brexit delays.

It has also been reported that some fish prices fell by as much as 80% at Peterhead market due to new paperwork demands and export blockages.

If we were able to export today, the health certificate that we need to export to the EU – who would provide it?

Jamie McMillan, managing director of Loch Fyne Seafarms and Loch Fyne Langoustines in Tarbert, last week called post-Brexit export arrangements “an absolute mess” after he found himself unable to export his produce to customers overseas for the first time in nine years. Mr McMillan posted his Brexit complaints on Twitter. He said: “Argyll and Bute Council is on holiday today because it’s a bank holiday. They have not given approval to our transport company in Glasgow that we are on the approved list to send our goods to the EU.

“Considering Argyll and Bute Council comes in and inspects us at least twice a year, I find it remarkable that we are not on the list. I can’t get hold of anybody today.”

Highlighting further issues on the first business day since Brexit, he said: “If we were able to export today, the health certificate that we need to export to the EU – who would provide it?

“Another question I’ve got is nobody has told me the cost of a health certificate to export to the EU either, so we are now on Monday 4 January and unable to export our goods to the EU for the first time in nine years. It’s an absolute mess.”

A spokeswoman for Argyll and Bute Council said they had already been in touch with businesses to offer help and said they would be happy to do so to Loch Fyne Seafarms.

The Bank of England Governor Andrew Bailey has predicted the Tory Brexit deal could cost the UK economy more than £80 billion – with UK GDP hit by four per cent. The biggest problems include the European retailers who have stopped delivering to the UK in protest against Brexit tax rules and what some experts have described as an ‘‘Alice in Wonderland’’ Brexit deal which is ‘‘fiendishly complicated’’ and ‘‘very unstable’’.

The EU has agreed a support package  for sectors impacted by Brexit – including European fishing communities  – but so far the UK government has not matched it.

Ireland’s RTE has reported details of the package – a near €5bn Brexit Adjustment Reserve to support different European sectors and industries – with around €600 million alone dedicated to European fishing communities.

The UK government on the other hand, left UK and Scottish businesses unprepared for the end of the transition period by running down the clock, sold out Scotland’s fishing sector, and introduced a mountain of red tape and checks.