IT SEEMS to me the social and political situation is evolving to open the door to an early independence referendum, possibly as soon as September 2020.

Firstly, the promise of more powers, so crucial to securing a No vote, is falling apart as the Scotland Bill’s lack of clarity on fiscal transfers has been exposed as the unworkable constitutional fudge I predicted it would be.

The idea that a system can be concocted that will please both governments and allow for no fiscal detriment to either side (a Smith Commission commitment) in the event of diverging tax policy simply by tinkering with existing arrangements is bonkers.

The evidence is mounting. Jim and Margaret Cuthbert of the Jimmy Reid Foundation have a reputation for detailed and indisputable economic analysis and their debunking of the suggested fiscal transfer formulas sounded alarm bells earlier in the year. Now the studiously neutral leading Scottish economist Professor Anton Muscatelli, the principal of Glasgow University, has claimed the framework proposed could cost Scotland millions.

The Institute For Fiscal Studies, often not so neutral and certainly no friend to the independence cause, has claimed Scotland could lose a billion pounds a year within a decade under the current plans. To top it off, the House of Lords – an institution without a nationalist in sight – has called for the Bill to be halted until there is clarity on how the fiscal transfers will work as “nobody knows what is going on”.

Cameron’s hope is that he can push it through, that it looks better than it is to the public who won’t understand the details and then either the Scottish Government has to reject the offer of more powers or vote it through and then not use the powers.

Cameron hopes to put the SNP between a rock and a hard place. Remember this is the guy who kept more powers off the 2014 ballot, got Labour to lead a “poison the wells and burn the fields”-style defence of the Union and then declared English votes for English laws as his top priority. He is no fool and his plan is to force the Scotland Bill through, win the EU referendum, retire to be replaced as PM by either Osborne (his choice) or Boris Johnston (Boris’s choice) and be the man who broke Labour, saved two unions and ushered in a generation of Tory majority governments.

A lot will depend on how the SNP handles the Scotland Bill, assuming there is a huge fiscal trap and billions of pounds in potential losses for Scotland in the final formula. They could say they welcome the new powers in principle but reject the detail of the formula, try to create clarity around the fiscal traps and what that would cost Scotland. If people can see the sense in that then the more powers promise is dead. Another problem for the Union that might usher in a 2020 referendum is the EU vote. Polls in the rUK are pretty much 50/50 but in Scotland the Yes vote is starting to look pretty solid. In the rUK you have Farage, a solid performer, a man on a mission with a big following, leading the campaign with credible supporters from the other Unionist parties and several of the most influential and xenophobic newspapers supporting the No cause.

In the rUK Yes corner we have David Cameron, a few newspapers and a Labour leader who is not sold on the EU – advantage to No. In Scotland, Yes will be led by Nicola Sturgeon and supported by most newspapers. The unionist mainstream parties will refuse to lead another suicide mission so Ukip’s David Coburn will probably lead the No campaign – gigantic advantage to Yes. The likelihood of Scotland losing EU membership against its expressed national desire increases. 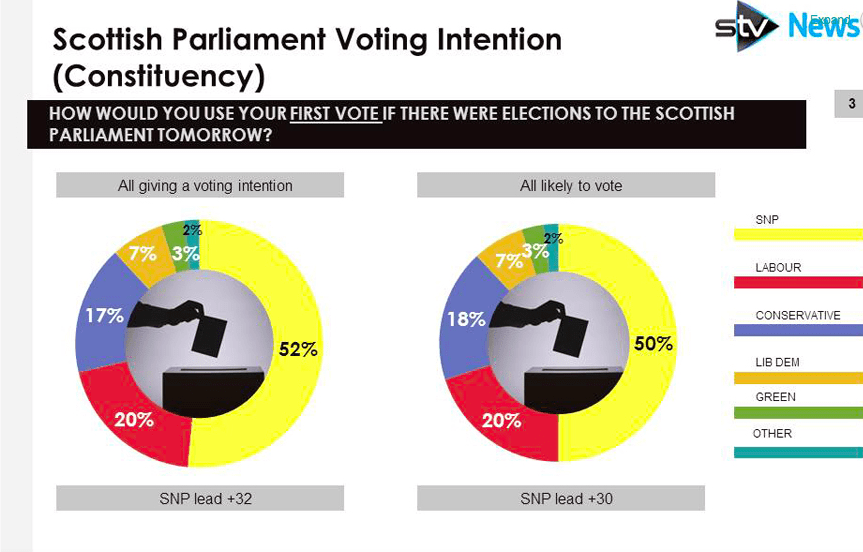 The final part of the jigsaw is the Scottish elections. It’s clear that some commentators and politicians think the General Election result was a reaction to the referendum and not indicative of a tectonic plate scale shift in Scottish politics. An SNP majority at Holyrood (and enhanced Green representation) will confirm the direction of travel on independence to all that still harbour doubts.

SO the conditions are aligning for 2020 but is the Yes movement ready? Yes is slowly creeping up in the polls but to ensure victory the economic case must be made. Not just “trust us”, but a fully detailed roadmap to a more prosperous and fairer Scotland is needed.

The public reaction to the Scotland Bill must be that it is worthless, the perception that there is no Labour answer to Tory rule must persist (it will). If there was more newspaper support for independence and the BBC brought to heel over its neutrality failures then hitting 60 per cent support for independence by 2017 (another trigger) could launch a very winnable referendum dependent on the global economic situation.

Key to the economic message will be to create a juxtaposition to the London-centric economic thinking which blindly believes you can’t really create rapid economic growth alongside social inclusion and shared prosperity.

But the truth is you can’t actually have one without the other. How can businesses grow when the structure of our economy means that as much as 20 per cent of the population are largely economically excluded?

We hear a lot about Scotland’s economy not being in surplus as a reason not to devolve more fiscal powers or to become an independent nation. But if running a surplus was the acid test of sovereignty then all but two or three nations in the world would fail that test and fail it completely.

People need to understand that Scotland doesn’t actually spend too much – it grows too little under Westminster mismanagement. Our economy is restricted by an economic straightjacket that carries the label “made in London”.

Finally, last year’s campaign was relentlessly positive and that got us close. But to gain the powers to make Scotland the nation we all know it can be we need to start pointing out what is wrong with the UK. Not our own “project fear” but a mix of a detailed economic plan for prosperity in an independent Scotland and a realistic, well worked out, balanced presentation of the problems of the Union. The unworkable Scotland Bill costing us billions might not be a bad place to start.