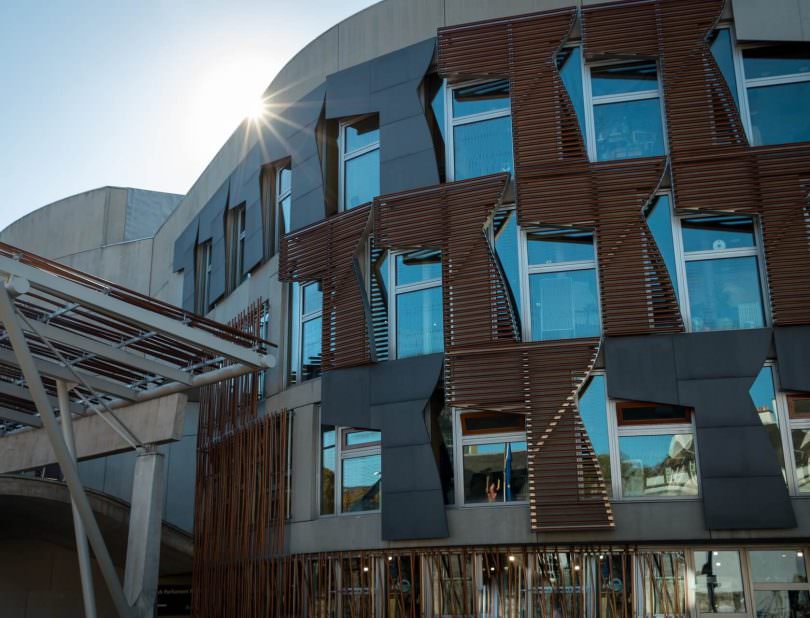 Independence is not a narrow party political policy, it’s a value statement that I believe a majority of voters can relate to and (under the right circumstances) vote for.  Traditional political party loyalty gets in the way, however, and large numbers of pro-independence voters and those that are undecided / convincible are not SNP supporters.  This is plainly evident when you see that SNP support in Scottish Parliment voting intentions sits at around 38% and support of independence is at least 45%, and 49% under the right circumstances.  This means that the idea of an SNP Government is less popular than independence and that maybe as much as 20% of independence supporters don’t support the SNP.

That’s why I have always advocated that even though the SNP clearly must form the last Scottish Government before independence, they also must state in advance that they will seek to lead a Government of National Unity for the first post-independence government after the 2020 Scottish elections.

I believe wholeheartedly that a Government of National Unity for at least five years after independence is necessary to guarantee a decisive Yes win.

Some will say I am demanding a glorious sacrifice by the SNP, but I think it’s just common sense. The SNP is a broad church held together by the stickiness of the founding value of Scotland becoming a self-governing nation. Once that glue dissolves and the powers to alter the economic and social levers are in the hands of an independent Scottish Government, the SNP will begin the break into its constituent parts. For example, whereas I believe that both Mhairi Black and Fergus Ewing have Scotland’s best interests at heart, but will they still be in the same political party years after independence? Will Nicola Sturgeon and John Swinney? Will Alex Salmond and Nicola Sturgeon? I don’t know, but I do think that the SNP breaking in two to fight the 2025 elections is a strong possibility.

A referendum won by Yes (hopefully in spring 2019) should be followed by a Scottish election where all candidates are challenged by the voters to state clearly that they will collaborate to do what is best for the newly independent Scotland.  Hopefully those ultra unionists who have been holding Scotland back will either not be reselected, or if so will be soundly defeated, as why elect someone who is now politically irrelevant?

Then a Government of National Unity, including members of the Greens, to lesser extent technocrats (lawyers, doctors, nurses, economists, teachers and financiers and others) and those within the three main unionist parties who are amenable to moving an independent Scotland forward should be formed. That Government’s job should be to create policies matching the values that will drive Scotland towards a greater shared prosperity and could deliver progress on a revolutionary scale, but through an evolutionary process combining the values of all sides on the old political spectrum.

Five years later the new parties that will fight the next Scottish General Election will have emerged and this won’t alienate the people we need to persuade. Admittedly not everyone can be persuaded, but the vast majority (70%+) are at least willing to listen to the arguments if they included a politically unified government and pluralistic economic approach. Jim Sillars promised “a day of reckoning in 2014” but I would rather offer years of enlightenment and a truth and reconciliation style approach to those that vote No next time. A stark contrast to the broken promises of Better Together.

For clarity, my suggestion is that after the Scottish elections in 2020 (which I hope will be the first in an independent Scotland) and assuming that the SNP win, they seek to lead the Government of National Unity with some of the Cabinet and lesser Ministerial positions having Greens, Labour, Tory and Lib dems (who have stated they will work for the good of the new independent Scotland) in positions.

Then in 2025 we hold a SGE where the new parties contest it. There may or may not be an SNP still in existence at that point. Nor for that matter could we predict if Labour, Liberal and Conservatives parties would still exist 5 years after independence, I think only the Scottish Greens are a certainty.

I am definitely not suggesting, as some SNP loyalists have claimed, that the SNP should disband, nor that anyone should abandon their party at the dawn of independence. I think it would be unthinkable for Nicola Sturgeon as the FM at the time of independence not to be the FM in the first independent parliament.

I worry though that the fear of a one-party state led by the SNP may well be enough to stop 5-10% of the Scottish population from voting Yes. It may be that the only way to deliver independence is to ensure that people don’t fear that the referendum will lead to an almost unopposed SNP administration with 100+ seats. So what I am suggesting is a SNP led Government but with representation and input from right across the political spectrum so that no one feels isolated from, or oppressed by, the first Government of an independent Scotland.

If we can learn anything from Brexit it’s that it’s not enough just to win the referendum, you have to have plan and win support and include others in your transition plans.  Alex Salmond stated that the Scottish negotiation team would be cross party and expanding that idea into Government would avoid any potential backlash.

I know I have not specifically ruled out people like Ruth Davidson, Willie Rennie, Jackie Baillie and Murdo Fraser and that will worry SNP and Green activists but I actually believe that independence will end the careers of such career unionist one trick ponies, and they won’t stand nor win if they do.  However, I do know many Tories and Labour members who support independence, but are kept from standing, and former Tories who have even donated to the Yes movement after they switched to independence, but who will go back to a free market supporting party after independence.

My point is that most of the potential switchers to independence don’t support the SNP, and the Yes movement can only be sure of victory if we promise to engage and involve, not cut them out of the decision making process afterwards. In other words, this helps deliver independence and the choice is not between an SNP Government post-independence or one of National Unity but of a Yes vote instead of a No vote. It may also stop those that vote No in the next referendum from forming a single ‘rejoin the union’ party or from causing unrest.

I am working for a new Scotland. A new politics, preferably with pluralistic approaches to economics, but failing that I want to see a new kind of politician on the left and the right, ones motivated by moving Scotland forward and not holding it back. After independence (hopefully in 2019) those potential Yes voters on the left and right need know that if they take on and unseat the unionist naysayers in their parties then they will be engaged.